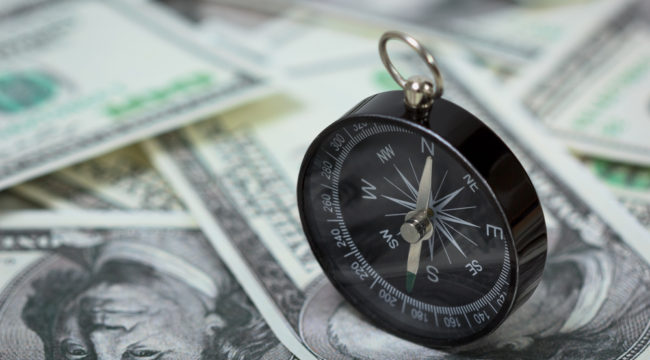 Get Ready for ‘QT1’: A First Look at the Federal Reserve’s Hidden Policy

[Ed. Note: Jim Rickards’ latest New York Times bestseller, The Road to Ruin: The Global Elites’ Secret Plan for the Next Financial Crisis, is out now. Learn how to get your free copy – HERE. This vital book transcends rhetoric from the Federal Reserve to prepare you for what you should be watching now.]

The Federal Reserve is now setting out on a new path for quantitative tightening (QT) after nine years of unconventional quantitative (QE) easing policy. It is the evil twin of QE which was used to ease monetary conditions when interest rates were already zero.

First, it is important to examine QE and QT in a broader context of the Fed’s overall policy toolkit. Understanding the many tools the Fed has, which of them they’re using and what the impacts are will allow you to distinguish between what the Fed thinks versus what actually happens.

We have a heavily manipulated system. For years, if not decades, monetary policy has been flipping back and forth between how the economy actually works and what the Fed believes works.

QE was a policy of printing money by buying securities from primary dealers and to ease monetary conditions when interest rates were at zero. QT takes a different approach.

In QT, the Fed will “sell” securities to the primary dealers, take the money, and make it disappear. This is an attempt to ultimately reduce the money supply and implement a policy of tightening money.

There’s a bit of a twist to that selling. Today the Fed’s balance sheet stands at $4.5 trillion. It started at $800 billion in 2008 and has increased over five times that since the crisis. Now they’re going to try to get the balance sheet back to normal levels.

Simultaneously, the Fed wants to get interest rates to back to normal. The Taylor rule, which is one of the most accepted normative rules, indicates that interest rates should be 2.5%. As of June 14th, the Fed raised rates by going up 1%, with a new target range of 1 to 1.25%.

The Fed hiked rates not because it believes the economy is getting stronger, but because it is desperately trying to catch up — before the next crisis.

They are now trying to normalize the balance sheet. Under the Taylor Rule a normal balance sheet at the current expansion rate could be expected to be at $2.5 trillion. That means you have to take $2 trillion of money and make it disappear.

They can do that by selling securities, but the Fed believes that the market’s too fragile. Instead they’re going to leave securities on the balance sheet and allow them to mature. Think of this as the Fed putting QE in reverse.

The Fed has been rolling over the balance sheet to keep it at $4.5 trillion.

You’ll be hearing more about quantitative tightening in the weeks and months ahead for 2017.

What quantitative tightening means is that they’re going to stop rolling it over.

That means as securities mature and the Treasury sends out money they’re not going to buy, replenish or buy more. This should cause the balance sheet to shrink and the money supply to be reduced. The Fed is not going to do it all at once.

The real news the market will continue watching at the Fed and its Federal Open Market Committee (FOMC) will be quantitative tightening (QT). While the Fed might not use the exact QT language, they will intend to reduce rollovers of long-term asset purchases.

Eventually, the amount of securities they don’t roll over will go up until the balance sheet controlled by the Fed comes down to the targeted figure. The projection is that it could take 10 years to achieve. The problem is we might not make it that far before the entire system collapses.

We’re in a new reality.

By raising rates and leaving open the possibility of further increases, all of the monetary actions being taken are tightening the economy. The Fed’s QT policy that aims to tighten monetary conditions, reduce the money supply and increase interest rates will cause the economy to hit a wall.

The decision by the Fed to not purchase new bonds will be just as detrimental to tightening of the economy as raising interest rates.

The economy is slowing. Even without any action, retail sales, real incomes, auto sales and even labor force participation are all declining. Every important economic indicator shows that the US economy is slowing right now. When you add in rate hikes and QT, we may very well be in a recession by later this year.

The Fed is tightening into weakness.

Because they’re getting ready for a potential recession where they’ll have to cut yet again. Then it’s back to QE. You could call that QE4 or QE1 part 2.

The point is that the Fed has essentially trapped itself into a state of perpetual manipulation.

This is what Wall Street doesn’t understand. It’s still operating from outdated assumptions on how the business cycle works.

Those on Wall Street continue to have models that build according to the old reality, not the new one.

The reality is that the market is fundamentally set up for a fall. The fact is that the Fed has no idea what it is doing. I would expect a severe stock market correction coming sooner than later.

While the Fed may act to try and bail out the stock market and Wall Street again, they’re not going to be bailing out you and me.

Now is the time to increase your allocations to cash, gold, silver and U.S. Treasuries.

Preparing now will offer the best insurance position in the wake of the coming crash.