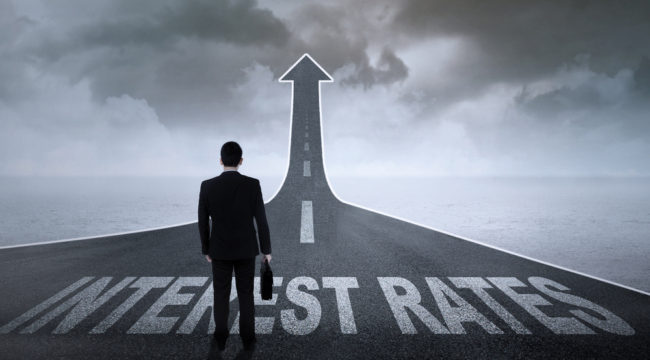 The Fed’s Road Ahead

The Fed raised rates yesterday, as I predicted months ago. I don’t say this to pat myself on the back.

The point is, I use a rigorous scientific method to analyze and predict markets. I don’t guess or take positions just to get attention. I constantly apply new data to test my original hypothesis. If the data confirms my hypothesis, I stick with it. If the data conflicts with it, I step back and re-evaluate. You have to stay nimble.

I’m a big critic of the Fed models, but that’s because they’re obsolete and they don’t record with reality. You need the right ones.

Eventually it has to lower rates when the process goes into reverse. That’s the normal business cycle. It’s what everyone on Wall Street looks at. And historically, they’re right. That process has been happening 40 times since the end of World War II.

And that’s the key…

You have to have models that accord to the new reality, not the old. Wall Street is still going by the old model.

The new reality is that the Fed basically missed a whole cycle. They should have raised in 2009, 2010 and 2011. Economic growth was not powerful. In fact it was fairly weak. But it was still the early stage of a growth cycle. If they had raised rates, many would have grumbled, the stock market would have hit a speed bump, but it wouldn’t have been the end of the world.

We’d just had a crash. But by the end of 2009, the panic was basically over. There was no liquidity crisis. There was plenty of money in the system. There was no shortage of money and interest rates were zero. They could have tried an initial 25-point rise but they didn’t.

Now we’re at a very delicate point, because the Fed missed the opportunity to raise rates five years ago. They’re trying to play catch-up, and yesterday’s was the third rate hike in six months.

Economic research shows that in a recession, they have to cut interest rates 300 basis points or more, or 3%, to lift the economy out of recession. I’m not saying we are in a recession now, although we’re probably close.

But if a recession arrives a few months or even a year from now, how is the Fed going to cut rates 3% if they’re only at 1.25%?

The Fed is hiking rates not because economy is strong, but because it’s desperate to catch up with the fact that Bernanke skipped a whole cycle in 2009, 2010 and 2011. So as usual, Wall Street is reading the signals exactly backwards.

The Fed’s actually tightening into weakness.

After yesterday’s hike, the Fed still has a long way to get to 3%. That means seven more hikes of 25 basis points each, every other meeting, or four hikes a year. That means the mission won’t be accomplished until June 2019.

Now, if the stock market falls 10%, the Fed will pause. It won’t raise. But it won’t cut either at that point.

Now, markets are complacent right now and are not expecting any sudden moves to the downside. But it’s when markets are most complacent that sudden drops are most likely. August 2015 and January 2016 are good examples. Another drop could be right around the corner.

The Fed wants 2% inflation. Lately it’s been getting close. But if that figure drops to, say, 1.4, that’s another reason to hit the pause button. That seems unlikely at this point.

Unless any of these three conditions materialize, the Fed intends to raise rates four times a year, every other meeting, until the middle of 2019. If any one of those three things happen along the way, the Fed will probably hit the pause button. If all three happen, it will definitely pause.

Gold is down today after yesterday’s hike, but I expect it to start heading higher again. Too many  powerful forces are driving it behind the scenes. Dwindling physical supply is a major one.

On a recent visit to Switzerland, I was informed that secure logistics operators could not build new vaults fast enough and were taking over nuclear-bomb proof mountain bunkers from the Swiss Army to handle the demand for private storage.

Geopolitical fear is another. The crises in North Korea, Syria, Iran, the South China Sea, and Venezuela are not getting better. The headlines may fade in any given week, but geopolitical shocks will return when least expected and send gold soaring in a flight to safety.

Gold is the most forward-looking of any major market. It may be the case that the gold market sees the Fed is tightening into weakness and will eventually over-tighten and cause a recession.

At that point, the Fed will pivot back to easing through forward guidance. That will result in more inflation and a weaker dollar, which is the perfect environment for gold.

In short, all signs point to higher gold prices in the months ahead based on Fed ease, geopolitical tensions, and a weaker dollar.