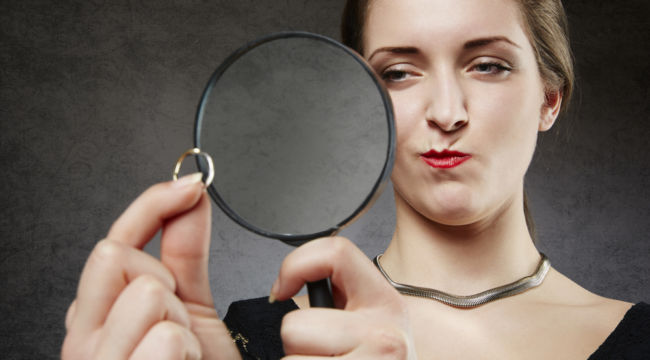 Not All That Glitters is Gold

Are diamonds the biggest scam in history?

Before the 19th century, diamonds were scarce. It wasn’t until the discovery of huge diamond mines in South Africa in the late 1800s that diamonds flooded the market.

Except they never did…

For most of the twentieth century, the diamond market was entirely controlled by one company: De Beers.

De Beers manipulated supply, signed agreements with global suppliers to control distribution, and set prices. In addition to having total control over the price and supply of diamonds, De Beers also found a way to manipulate market demand.

At the time, Americans considered diamonds to be a luxury reserved only for the super wealthy. If De Beers was to sell more diamonds, it needed to give consumers at different income levels an excuse to buy.

The concept of an engagement ring had existed since medieval times, but it had never been widely adopted. And before World War II, only 10% of engagement rings contained diamonds.

Because diamonds are a naturally resilient stone, N. W. Ayer decided to portray a diamond as something eternal. And what could be more eternal than love and marriage?

According to the New York Times, N.W. Ayer’s game plan was to “create a situation where almost every person pledging marriage feels compelled to acquire a diamond engagement ring.”

For the first half of the twentieth century, De Beers ran ads promoting this new narrative. The ads always featured an educational tip called, “How to Buy a Diamond.” The instructions said: “Ask about color, clarity and cutting, for these determine a diamond’s quality, contribute to its beauty and value. Choose a fine stone, and you’ll always be proud of it, no matter what its size.”

In four years between 1938 and 1941, they reported a 55% increase in U.S. diamond sales. The next phase in the marketing plan was to convince Americans that marriages without diamonds were incomplete.

This birthed the slogan, “A Diamond Is Forever.” These four words completely changed the way Americans perceived diamonds and AdAge even named it the #1 slogan of the century in 1999.

The slogan was exactly what De Beers needed. It reinforced the fact that a marriage should last forever and it discouraged people from reselling their diamonds.

If a mass re-selling happened, it would have disrupted the market and revealed the alarmingly low intrinsic value of the rocks.

I hate to say it, but diamonds are crap. And even though you know the truth now, it doesn’t change the fact that we live in a society that buys into this narrative.

Now you could boycott buying diamonds altogether but I doubt your wife or girlfriend would like that very much.

So, what should you do?

If diamonds are on your buy list in the next couple months, might I suggest a few tips to save you some cash.

The harsh truth is as soon as you leave the jeweller, a diamond loses over 50% of its value. So you need to make sure you’re getting the absolute lowest price possible and you won’t find it at major chains.

You’ll find the best deals on engagement rings and diamonds at independent jewellers or diamond wholesalers. If you happen to live in New York, you have a lot of options for wholesales — take advantage.

The good thing about independent jewellers and wholesalers is you can typically negotiate on price. You’ll also be more likely to find something unique versus the major chains.

If you want to get the absolute lowest price on a diamond ring, try shopping online. Blue Nile and James Allen are two popular and reputable sites. You choose the price, size, and quality specifications with dozens of setting options.

You can expect to save nearly half compared to rings in major retail stores when you shop independent or online. Plus most online stores offer you free shipping and free returns.

Although diamonds are one of the biggest scams in history, it’s fair to assume you’ll still end up having to break down to buy some now and then. Just know you don’t have to pay full price ever.

To a richer life,

3 Moves You Need to Make BEFORE the Holiday Rush

Before the year ends you I have a few things that you should look into to secure your 2019 financial year.

Nilus began his professional career at Jono Steinberg’s Individual Investor Group, where he published his original research through a regular investment column. Later, he worked for a private equity business and spent five years editing Standard & Poor’s flagship investment newsletter. He’s the acclaimed author of The Standard & Poor's Guide for the New Investor, which was published by McGraw-Hill. It’s since been translated into Chinese.

After leaving New York City, Nilus formed his own multi-million firm to produce and publish independent research with hundreds of thousands of Americans.

He became a widely-recognized expert on income investments and retirement strategies, and built up an enviable ten-year track record of winning ideas.

His research and analysis has appeared on a number of investment websites, including BusinessWeek, Dow Jones’ MarketWatch, and Fox News. He has discussed dividends, income investing, and personal finance matters on popular investment shows such as Traders Nation, Invest Express, Wall Street Shuffle, and Money Matters.

At the age of 39, he decided to retire to a quiet life in Santa Barbara with his wife and daughter. He spent his spare time surfing up and down the California coast.

At the urging of his followers, Nilus’ came out of retirement in 2017 to become the director of The Rich Life project.