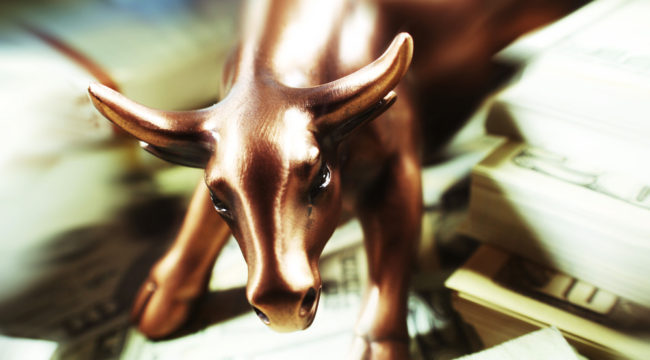 The Bull Will Keep Running

Many market bears are coming out of the woodwork. They’re talking up recession and talking down stocks all over town.

But Friday’s GDP report should stop some of that talk. At 3.2%, first-quarter GDP easily topped estimates.

Meanwhile, many Americans are gainfully employed and they’re seeing their wages rise now more than any other time since the Financial Crisis. Interest rates and inflation are still low, and the Fed has stopped cutting rates, at least for now.

After December’s pullback, the stock market bounced back in the first quarter. The S&P 500 saw its biggest first quarter gain since 1998. And both the S&P and Nasdaq are back to record highs! The Dow is close to its own record highs.

The truth is, it didn’t pay to sell your stocks and dig your head into the sand last quarter. And it certainly won’t pay to be a bear this quarter either.

Corporate profits are also still on the rise, despite a slowdown from last year. Now we’re into earnings season again, with companies reporting results for the first quarter.

So far, many of those reports have been excellent.

That’s because many companies have reported profits that are well above investor expectations. Part of this outperformance is due to companies continuing to cash in on the growing economy.
But there’s also the fact that investors anticipated weak profits from the start.

Remember, the last earnings season happened when the market was just starting to recover from the December sell-off. And investors were worried about higher interest rates, the government shutdown and tense trade negotiations with China.

Today, many of those fears have proven to be false or overblown. The Federal Reserve didn’t raise interest rates at all — and signaled it’s not planning to raise them for the rest of the year.

And trade negotiations with China are reportedly going well. I anticipate we’ll receive some more definitive news about the final agreement soon. The final announcement should help drive stocks higher.

But let’s take a look at the bigger picture.

The great value investor, Ben Graham, once said, “In the short term, the stock market is a voting machine. But in the long run, the market is a weighing machine.”

If you’re a longtime investor like me, I bet you’ve heard this quote countless times. But few people really grasp what this saying actually means. Allow me to offer an explanation…

Day to day, or even week to week, stocks get knocked around by headlines — because investors are emotional.

But month to month, or even year to year, the daily noise fades away and the true value of stocks become a lot clearer. For the bulls, that picture has looked pretty good!

Over the last ten years, all three major U.S. stock indices have more than tripled in value.
That’s in spite of all the bad, worrisome news thrown at investors every single day. And for the first time in history, we’ve seen two American companies reach $1 trillion in market value during this incredible stock run.

Better still, the economic outlook for America remains strong. So stocks should have plenty of fuel to keep charging higher as far as the eye can see.

Some would say the current expansion is long in the tooth. But I think we’ve still got plenty of room to run!

Yes, at some point, we’ll see a recession. But for now, the smart money, like me, is still bullish. And you should be, tooo.

Here’s to growing and protecting your wealth!