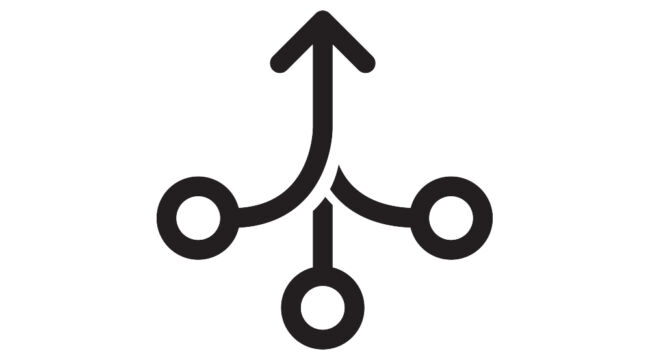 Our beat here at The Daily Reckoning is money — but a lot of what we write about isn’t directly related to money. It’s really about people.

In our business, we try to think of the relationship we create with you, the actual person who opened this email. Mostly because we’re looking for solutions to complex questions just like you are.

What’s richer, fuller and actually more important is the totality of the human drama, good and bad.

Human relationships… and passion. Those are the subjects that propel us forward.

All great drama is derived from the passions of men (and women) and how they interact with one another. Fear, greed, mob mentality and insanity are just a few of the very interesting human emotions.

The study of economics is essentially an exploration of human passion writ large across history. It’s inexact. It’s frustrating. But it’s endlessly fascinating.

Much More Than Markets Alone

The Wiggin Sessions is an interview series I’ve been conducting for about two years now.

I’ve spoken with over 70 of the financial world’s sharpest, most independent financial thinkers. People like Bill Bonner, Jim Rickards and George Gilder, to name some. Let’s just say you’re not going to find Jim Cramer on The Wiggin Sessions!

But it’s more than just markets and economics. We explore history, philosophy, science, politics (ugh!), pop culture and how they all interrelate. But it all ultimately comes down to you and your money — how to protect it — and how to grow it.

I’m proud to say The Wiggin Sessions have provided viewers with deep insights and in-depth strategies that take them beyond the “conventional financial wisdom” that just doesn’t work.

It can be a lonely business. Our quest to find you the most powerful insights often takes us out to the far end of the bell curve…

The Land of Fat Tails and Black Swans

Scientists who’ve studied probabilities and plotted them on a chart typically find a bell-curve distribution — in which the most likely events bunch up in the middle of the curve.

But a funny thing happens out at the ends of the curve, where the rare events are registered.

“Scientists have found small bumps and bulges,” explains the aforementioned Bill Bonner. “Things that were not expected to happen very often actually happened more than they thought.”

“‘Hundred-year floods,’ for example, happened every 88 years. ‘One in a million’ shots hit their mark every 700,000 or so. Statisticians refer to these odd bulges on the extremities of bell-shaped curves as ‘fat tails.’ Instead of tailing off as they are supposed to, the rare events seem to swell up where you don’t expect them.”

Our mission is to anticipate these fat-tail events, or what many call “black swan” events — while the mainstream media sit in the middle of the bell curve, where it’s nice and safe.

We could do that too. We’d probably take a lot less grief if we did. But why would you bother with us if we just played it safe like the mainstream?

More Predictable Than You Think

How many mainstream sources anticipated the Great Financial Crisis of 2008? Hint: not many. But Bill Bonner and Jim Rickards did.

How many in the mainstream predicted the 2016 election of Donald Trump or Brexit? Same answer. But Jim Rickards predicted them both.

The thing is fat-tail events may be more predictable than you think. Not perfectly — that’s not possible even with perfect information — but to a reasonable, very helpful degree.

But you need to know how to go about it.

As the highly successful investor and entrepreneur Mark Moss told me in The Wiggin Sessions, about our current situation:

Will You Survive the Great Reset?

Mark has fixed, flipped and developed over $25 million in real estate, invested in private business, gold mines, oil fields and new technologies. And he’s accomplished all this through three different bear market cycles. So he knows what he’s doing.

Now Mark’s passion is helping others prepare for the “Great Reset” — so they can thrive when most can only hope to survive.

Maybe you’ve heard of the Great Reset. It’s basically Build Back Better on a global scale. Elites would be in charge, transforming society in their technocratic vision. You’d be just a cog in a vast globalist machine.

“If I told you what their plans are for this,” Mark says, “you would think I’m crazy and you’d want to lock me up.”

Change is happening fast, more than most people realize. And according to Mark, it’s not just about the pandemic:

Obviously, anybody that’s halfway paying attention understands that tensions are high across the world. There’s talk in the United States about another civil war or a national divorce. We have protests happening in every country of the world. And it’s not because of the pandemic. This is a key piece. Most people think around the world, they’re pushing back on mandates and lockdowns. They are, but before the pandemic, there were 10 countries with over 1 million people each in the streets protesting, so it was already happening. They’re still in the streets protesting, just on a different subject. But the key piece is that the entire world is pushing back. Again, it’s not just a black swan event.

The Three Revolutionary Cycles Converging at Once

What’s going on? Mark says there are three revolutionary cycles that are converging right now. Unfortunately, he believes they’ll slaughter the underprepared when they collide. What are these converging cycles?

Mark’s main thesis is that you can’t just consider these cycles in isolation. Most people make that mistake or just don’t have the vision to see the bigger picture. But you need to in order to understand where we’re going:

The reason why it’s important to look at all three of these converging factors is because like any financial indicator, one is not conclusive. You need to look for multiple indicators that are all showing the same thing. Most people just look at financial cycles and say, “Well, we’re at the end of a long-term credit cycle. Interest rates are at zero. What’s going to happen next? Is the dollar going to remain the reserve currency or whatever?” But they’re only looking at one piece of the puzzle. You need to understand the other two pieces to really understand how we got here, where we are now and, most importantly, where we go from here.

That’s what we all want to know — where do we go from here? And when do we leave?

“I’m going to show you that all this change is going to happen in this decade,” Mark warns. “It’s not far off.”

Tomorrow, in The Wiggin Sessions, Mark will share his explosive answers with you. You’ll learn all about these revolutionary cycles and how to prepare for them.

I strongly urge you to tune in. I’m not exaggerating when I say your future, and the future of your kids, could depend on it.

I’m confident what you learn will help you make more money… have peace of mind… and give you a deeper understanding of the financial markets and the global economy.

I hope to see you tomorrow!