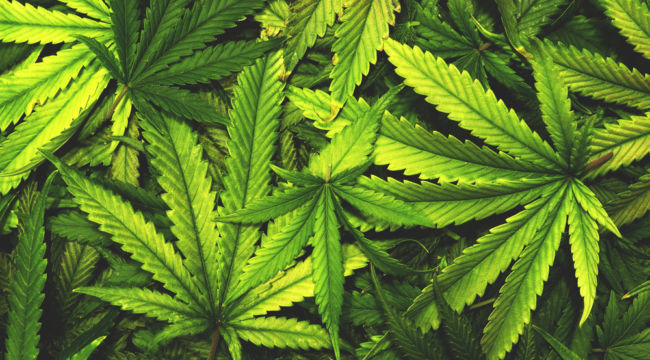 It could be the most important pot bill in Congress to date. That’s saying a lot. But a bipartisan group of U.S. representatives recently introduced the Medical Marijuana Research Act of 2019.

The bill would increase the licenses available to universities and other institutions to study its impact on medical conditions such as cancer, epilepsy and PTSD. It would change the Controlled Substances Act to provide a completely separate process for researchers who want to conduct medical research on pot.

Right now a single facility at the University of Mississippi is the sole legal source of cannabis for legal research.

That’s problematic because while Ole Miss has been increasing their output, they can’t keep up with demand (only 20 researchers got cannabis from the facility last year), and the 27 cannabis strains grown there are limited compared with what’s commercially available in states where weed is legal in some way.

While the Drug Enforcement Administration (DEA) has said that they’d open the doors to more legal growers for medical research, they’ve dragged their feet in making any progress toward increasing cannabis availability for research.

Why’s this bill a big deal?

For starters, it’s bipartisan. Of the six bill sponsors, three are Democrats and three are Republicans. That greatly increases the chances that it’ll make it through the Senate.

Second, it opens the door to a faster pace of medical cannabis research. Right now there’s only a single cannabis-based drug on the market today that’s received FDA approval. That’s a direct result of the painfully slow process that researchers must endure to get access to cannabis.

One of the biggest opportunities in the U.S. cannabis market is pharmaceuticals. And we’ve been active about adding pot pharma plays to our portfolio. The potential for many more pot pharma plays and cannabis-derived drugs in the pipeline is undoubtedly a good thing for cannabis investors.

The timing is especially interesting…

The biggest crisis facing the United States today isn’t the trade war. It’s not immigration or what’s going on in Washington on either side of the aisle.

The biggest crisis — and perhaps the hardest one to solve — is the opioid epidemic.

That’s not counting the overdoses where people survived. Today, opioids kill more people than cars crashes. And it’s not limited to heroin users in the inner-city slums, either. About 40% of opioid deaths involve prescription drugs, not illicit ones.

In 12 states today, there are more active opioid prescriptions than people.

The DEA recently released some startling data after tracking every opioid pill sold in the U.S. between 2006 and 2012 — 76 billion pills of oxycodone and hydrocodone.

(According to Ars Technica, data from years beyond 2012 are still being withheld to protect the companies and ongoing DOJ investigations.)

In that time frame, enough opiates were produced to supply every American with 36 pills per year.

Nearly 100,000 people died of opioid overdoses in that six-year stretch, as opioid abuse has reached epidemic proportions in much of the country.

There’s no quick fix to the opioid crisis. But cannabis might provide a new tool for fighting it.

Early-stage research shows that cannabis can provide an alternative, less-addictive solution to acute and chronic pain management — and even a tool for addicts to combat cravings and anxiety.

Exciting research has showed that cannabis could treat chronic pain sufferers as an alternative to prescription opiates — and that when given the choice, patients tended to opt for the generally safer prescription pot.

Another study suggests that cannabis could actually help folks who’ve already become addicted to opiates stay away from them.

A study published in the American Journal of Psychiatry showed that heroin addicts who were given cannabidiol (CBD) had an easier time dealing with heroin cravings and anxiety.

The study participants received Epidiolex, the first FDA-approved marijuana-derived medication. Epidiolex was chosen because it’s highly purified and it can be dosed — the active ingredient is nearly 100% CBD in each dose, providing purity critical for scientific research.

(And since it doesn’t contain THC, it doesn’t get patients high, something that would be very bad for recovering heroin addicts.)

The study found that CBD worked to reduce addiction-related cravings and anxiety for up to a week following the last dose, and it did it without side effects.

While the sample size for the study was relatively small, the results appeared to be conclusive.

According to another study, the hospitalization rate for opioid abuse and dependence in states with medical marijuana laws is approximately 23% lower than in states without legal access to pot. And emergency room visits for overdoses dropped 13%, on average.

That shouldn’t come as a total shock — when patients have access to less extreme options for pain management, they’re less likely to get hooked on opioids.

In another study from the University of British Columbia and University of Victoria, 63% of patients with chronic pain and mental health issues chose marijuana over addictive prescription drugs when doctors gave them a choice.

Even more telling, those patients said that they were better able to manage their symptoms by using marijuana. These aren’t degenerate potheads we’re talking about here, but normal, everyday people. And there’s no question that marijuana is a safer alternative to opioids.

CBD-based therapies could be one of the most powerful tools in the arsenal of the folks fighting against the opioid epidemic.

Without a doubt, that’s a good thing for the country.

And considering the sheer scope of the opioid crisis, it’s likely to also be a very good thing for the legal cannabis industry.

The bottom line is, cannabis is demonstrably safer and less likely to be abused than many drugs currently legal in the country. And the evidence for medical uses of the plant is mounting, beyond its ability to help resolve the opioid crisis.

While the U.S. virtually halted cannabis research over a period of decades, scientists overseas helped unlock some of the plant’s secrets.

One of those secrets is leading to vast potential for cannabis compounds, known as cannabinoids.

This new breakthrough in medical marijuana science has a wealth of medical applications. Some of the diseases that are currently being looked at as treatable by cannabinoids include:

And a handful of biotech companies are currently working furiously on the front lines to bring cannabis science to bear on healing these diseases. The companies banking on a tried-and-true method for bringing a new drug to market should see much success in the days to come.

The profit potential is going to be off the charts as this tech grabs footholds in new and bigger markets.

We’re on the ground floor of a momentous trend that’s only beginning to get traction — and the profit opportunities from investing in the companies involved in the shift are going to be astronomical.