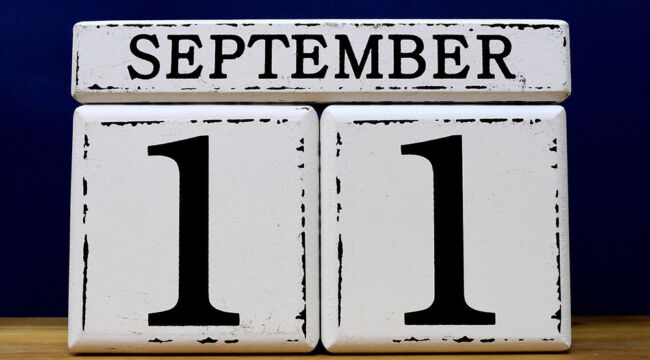 Spending more than a few minutes on a cable news channel or streaming website is usually an exercise in tedium. But tuning in this week quickly became intolerable.

The networks are commemorating the 20th anniversary of the 9/11 attacks. We’ve had an endless parade of survivors, retrospectives and regurgitated footage of the calamity taking up almost all of the available airtime.

Coverage may be even more somber in the wake of the U.S. withdrawal from Afghanistan. You may remember 9/11 was a casus belli for invading the Central Asian nation — to punish the ruling Taliban for harboring al-Qaida — blamed for the attacks.

Those lingering memories of the burning towers are the reason Americans so readily backed U.S. involvement in Afghanistan. The words “9/11” were all the justification needed to keep the military there for the next 20 years.

After two decades and over $2 trillion, U.S. troops are gone and the Taliban are back in control.

But we wonder if anyone will be brave enough to utter the tough questions underlying the maudlin remembrances… or if they’ll be too “political” to ponder on such a somber occasion.

We’re not beholden to such patriotic impulses, so we don’t mind considering out loud why we were attacked. We can consider whether 20 years of military action in Afghanistan made us safer. And we can wonder if anyone will ever apologize for the military debacle and shameful retreat.

It’s not unprecedented. As Bill Bonner and I relate in Empire of Debt, Robert S. McNamara, secretary of defense from 1961 to 1968 — and the U.S. architect of the Vietnam War — admitted that what he had done was “terribly, terribly wrong.”

Who would have thought a more terribly wrong war could drown out the misbegotten deeds of an earlier generation? How was it that a whole new generation would be duped into fighting an endless battle against an invisible global enemy?

As we’ve already heard many times recently, many of the soldiers returning home from Afghanistan were but wee toddlers or a gleam in their mother’s eye when the World Trade Towers fell.

An argument could be made that the U.S. “had to do something,” lest more airliners become weapons of mass destruction. Just three months after the devastating hijacking, al-Qaida supposedly suborned a man into wearing explosive shoes onto an airplane.

McNamara’s justification for sending more and more troops into Vietnam was a lot more ethereal. The North Vietnamese never posed any real danger to the United States. Ho Chi Minh and his men were never going to seize Washington.

So what is astonishing about McNamara’s mea culpa is not his admission that he made a colossal error — though that is extraordinary in itself and places him in a superior category to most public officials — but his candid record of how life-and-death decisions are made by supposedly intelligent and responsible governments.

In 1954 — just after the French had their croissants handed to them at Dien Bien Phu — President Dwight Eisenhower warned that the fall of French Indochina would give communists a foothold. As the ideology took root in one country, he said, it would spread to all the others… and soon all of Asia would be under red flags.

This “domino theory,” as it became known, was so popular that it crossed political party lines. Today, the idea is about as fashionable as poodle skirts or brogues with spats… mostly because it doesn’t make a lick of sense.

How could anyone believe that a state — an abstract as well as physical thing — of 35 million people (in 1965) of various cultures, languages, religions, ethnic and racial groups, political preferences, modernization and sexual preferences living in a land of 127,000 square miles (about the size of New Mexico) including mountains, swamps, beaches, plains, jungle, hamlets and cities be understood as a small, 3-D object painted in two colors?

The idea was not stupid. It was just absurd. Einstein had said that things should be made as simple as possible, but no simpler. America’s empire builders of the 1960s had gone too far. It was as if they had simplified the Old Testament as: “Jews kick butts in the Holy Land.”

They had lost the nuances and details that made it interesting.

Dominoes Can Fall in Both Directions

Whether Laos or Cambodia would be affected by events in Vietnam, no one could say. But what they could say with complete assurance was that Vietnam was not a domino.

If proximity caused nations to change their political systems, why hadn’t West Germany become like East Germany? Why did Switzerland keep its federal system when it was surrounded by centralized governments?

Perhaps most importantly of all, if the people of Southeast Asia wanted to “go communist,” who were we to tell them not to? It was only because America presumed itself to be an empire that the question even came up. Empires are involved in constant warfare — the struggle to control vassal states on the periphery.

Typically, they do so to maintain order throughout the empire, as well as to obtain new sources of tribute. But our answer presumes a logic that isn’t there. Empires fight for dominoes — not for any particular, logical reason, but merely because they are empires.

Could not Vietnam have been independent, but neutral in the Cold War? Why did it matter anyway; Vietnam was still a primitive, mostly agricultural nation? Whichever side gained her allegiance, what did they gain?

Nobody ever seemed to ask — either themselves or the other side.

In retrospect, it looks as though the whole conflict — or at least the bloodiest part — could have been avoided, simply by sitting down and exploring a few issues. But the lunkheads running U.S. foreign policy at the time did not even bother to ask. It was arrogance, no doubt, that prevented anyone from seriously considering conversation as an alternative to brute force.

In the end, the United States was fighting an ideology — not an actual enemy. But the harder it fought, the more misery the Vietnamese people suffered… giving them a reason to embrace the opposite of whatever was causing them to suffer.

The 9/11 planners, at least, provided a more visceral enemy than the boogeyman that drove the Vietnam War — communism.

Again, it’s easy to see how these mistakes were repeated in Afghanistan. Terrorism is a tactic, not a physical foe. Sure, we needed to go after the guys who planned 9/11. But did we need to overthrow the Taliban to achieve that goal?

Yes, said the American empire builders… who eagerly leapt at the chance to try once again to remake a country in their own image.

The experiences in Afghanistan show that U.S. policymakers learned nothing they should have from the Vietnam War. In fact, policymakers tried so hard to prevent the Afghan war from becoming “another Vietnam” that they actually magnified the mistakes of the past.

Empire of Debt explains how the Vietnam War helped put the United States on a path to ruin. The disaster in Afghanistan could seal the deal.