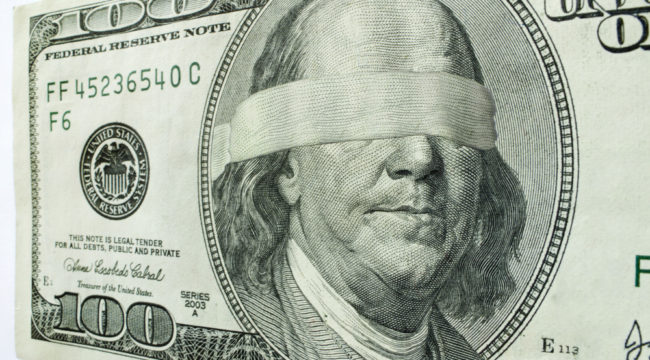 What You Should Know About Quantitative Tightening (QT)

“The Federal Reserve is embarking on a new path, a path that started several years with QE (quantitative easing)” says Jim Rickards, economist and currency expert.

Rickards’ has identified the next “path” forward from the Fed as quantitative tightening, “QT,” which is the opposite of QE and will have the same effect as raising interest rates.

To understand that, dissect America’s central bank policymaking and what its wide ranging tools mean.

What is Quantitative Easing?

In the literal sense, quantitative easing is most commonly referenced as a form of “money printing,” but the Federal Reserve cannot actually print money.

However, these days the majority of money is electronic. So, yes, quantitative easing involved the Fed creating new money. In return the Fed applies that money generated to purchase bonds, which it intends to be a catalyst for injecting added money into the banking system.

During the global financial crisis the Fed’s QE program had multiple rounds of irregular spurts in purchasing programs. Those are what economists often reference as QE1, QE2, QE3.

Ranging from 2008 to 2013 the Fed had three different spurts of QE. Eventually, the Fed reduced (or tapered) its purchasing program to zero by 2014.

The problem now? The Fed has been holding lots of extra reserve money. In fact it is currently stuck with $4.5 trillion in bonds purchased on its balance sheet. The excess reserves held by the Fed has skyrocketed since the crisis.

What is the Fed doing about it at the moment?

“What we’d want to have is confidence in the economy’s trajectory, a sense that the economy will make progress, that we’re not overly worried about downside risks with adverse shocks that could hurt the economy.”

Translation, the Fed is certainly thinking about reducing the mammoth balance sheet but doesn’t want to mess up the markets. The key term to listen to going forward is gradual.

The Federal Reserve has attempted to paint this gradual narrative as “predictable, slow and as boring as possible.” As one Fed official said, the policy attempt will be as boring as “watching paint dry.” But does the bank have the luxury of time to do so?

The fact is the degree to which the Fed acts will depend heavily on the U.S Treasury Department. While the Fed may have been the conductor for QE, the Treasury under Sec. Mnuchin will ultimately decide the overall impact on how it reduces its balance sheet.

Supply and demand economics shows that increasing the supply of bonds and market based Treasury debt will make its price drop, causing bond yields to rise.

This is because although the Fed may choose to stop buying bonds, the debt does not just simply cease to exist. The Treasury will be in charge of finding an allocated purchaser – even if that process is hoping to be “boring” or gradual.

What is Quantitative Tightening (QT)

As the Federal Reserve prepares to outline a blueprint for how best to reduce the current balance sheet, officials are expected to embark on a new path of quantitative tightening.

Jim Rickards lays this out noting that, “the Fed will let the old bonds mature, and not buy new ones. That way the money just disappears and the balance sheet shrinks. The new name for this is “quantitative tightening,” or QT.”

Rickards’, a long standing expert in central bank policy, believes that quantitative tightening will be a major factor in monetary policy over the weeks and months going forward.

He reports skeptically, “The Fed wants to start shrinking its balance sheet by letting the bonds mature, receiving the cash and not reinvesting. That way the balance sheet shrinks and the money just disappears.”

The Taylor Rule and Why it Matters to QT

John Taylor, a Stanford economist, designed a set of recommendations for how the Fed should set its interest rate based around economic conditions.

The Federal Reserve cites his formula as: “Guidance to policy makers on how to balance these competing considerations in setting an appropriate level for the interest rate.”

The Taylor Rule is important to the quantitative monetary policy settings because under normal Fed conditions within our current economy we should be experiencing higher interest rates than current levels and less than half of the current balance sheet that exists.

Fed officials, while not explicitly required to follow such norms, have been shown to conduct policy that reflects such guidelines. The Taylor Rule allows for an understanding of what kind of formula to anticipate the Fed might be pursuing and currently signals that, logically, a tightening pattern is overdue.

What Happens if Quantitative Tightening Fails?

As of June 2017, Barron’s reported that the Fed funds rate is expected to hit at 2.5%-2.75% by the end of 2018. Expectations from the largest bank in America has signaled that the Fed will look to lower its balance sheet to $2 trillion by 2020.

All of that equates to the Fed needing time in order to gradually digress the quantitative monetary programs.

Unfortunately, time does not appear to be on the side of the Fed this round.

David Stockman, the former White House budget director recently told CNBC, “There is a massive fantasy built in that an economy 93 months into an expansion, almost the longest in history, can suddenly get up on its hind-legs and start growing again.”

As the Fed begins to tighten, that long growth trend could come under siege.

“The extent of US fiscal support in 2018 also remains very uncertain, given the challenges being experienced in reaching political agreement about policy choices.”

That all relays a considerable signal that time, uncertainty and economic “clean up” might not be possible, regardless of the Fed’s quantitative tightening ambitions. Time is simply not a luxury the Fed seems to have.

Jim Rickards leaves a final warning that, “The Fed will definitely raise interest rates on June 14 and indicate plans for at least one more rate hike, maybe two, later this year that markets will have to factor in…” Indications, he believes, would be a “double-dose of cold water” to Washington’s current economic ambitions.

“With this Fed double-dose of tightening into weakness, and Trump’s policies dead on arrival, we’re set up for a recession and stock market crash by this summer.”