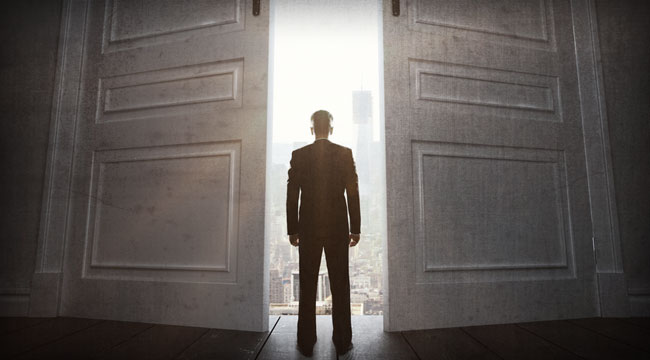 The Market is in Shambles, What's Next Could be Worse

While the financial market might be all consumed by the chaos from the election, there is something even more perilous on the horizon and coming fast.  It’s not Trump. It is, as G. Edward Griffin labeled it, The Creature From Jekyll Island.

The US Federal Reserve has set the groundwork to raise interest rates in December, and potentially multiple times in the next year ahead.

The market continues to have a persistent fear of interest rate hikes. The real issue that markets should be focusing on appears to be lost in the noise.

What happens when the next crisis hits and a real recession recession is triggered in which global markets begin to crack again?  Under such circumstances how far can the Fed actually cut rates if they are only at a laughable one or two percent?

The U.S central bank has positioned itself into a very narrow corner.

This could mean detrimental impacts on the longevity of cheap money afforded by the US central bank.  It could impact the global fiat money culture that has permeated just under the surface in order for investors to have enough confidence to carry on.  It could show that the house of cards of the economy is taking on water.

While Fed Chair Janet Yellen indicated in her August speech that the Fed had the “authority to pay interest on excess reserves and our asset purchases” in its crisis toolkit – interest rates will always be the last line of attack.

The Fed has traditionally stepped in when the economy is sinking and will purchase massive amounts of government or Wall Street debt.  Interest rates matter under such circumstances because it would leave the US Central Bank in a vulnerable position to enormous losses.

This could also send a global reaction for neighboring banks to immediately hike up their rates, ultimately dishing out the government with a higher bill to pay on its debt load.

The last time interest rates were raised was in December 2015.  The Federal Open Market Committee (FOMC) board members all voted in unison, though even some members publicly addressed varying concerns at the time.

The Fed waited nearly 7 years to move. As it held rates it evolved into the most accommodative central bank for the stock market in history. The market could move on virtually free money. When the Central Bank finally chose to act, it only moved the rate from near zero up twenty five basis points.

Since then, speculators have waited 12 months to once again wait, decipher and proceed.

Last year in the midst of the December rate hike one chief economist strategist on Wall Street noted that, “If we go through 2016 where real growth doesn’t pick up but wage and price pressures do because we’re in full employment, that’s stagflationary.”

The commentator could not be more right on a stagnant economy.  But what he missed out on was exactly what the market was watching and what it wasn’t.

Both of the recent Fed Chairs (Ben Bernanke and Janet Yellen) that were in place through the current economic lull have had to maintain a facade of extended recovery.  By dropping interest rates, pushing forward an Americanized quantitative easing program and maintaining policy to coddle Wall Street they have kept the system buoyant.

The actions they took, including low-to-minimal rates, together with $3.7 trillion in QE printing was their attempt at a silver bullet for the financial markets.  While dealing through the worst economic turmoil to hit the US and the global economy since the Great Depression, this approach seemed to be the greatest option that could be belted out.

That type of an approach does not come without cost. As David Stockman writes, “We have a rogue Central Bank that’s out of control in printing money. Ninety months of zero interest rates. A continued massive quantitative easing program.”  He points out that none of the actions taken by the Fed have actually translated to a “Flyover America” recovery.

Main Street has bit hit as Wall Street has been given a free pass.  Interest rate talk has come at the interest of everyday Americans.

What Raising Rates Would Do?

In the face of such lackluster growth, an inability to match inflationary targets and the sheer lack of bold action – the Fed has now decided that following the election would be an ideal time to again raise interest rates.

Some have speculated that the Fed could simply raise its inflation rate targets in order to meet their goals.  This action, it is assumed, would alleviate pressure on interest rate moves by the Fed and the market.

However, these types of ad-hoc moves would significantly undermine central bank credibility and significance within the market.  Considering that the past two decades have been consumed by an aim at delivering a 2% inflation rate, any manipulation of that target would hit long-term financial goals investments the world.

What that all equates to is that if the Fed selects a different approach to the problems facing the economy, confidence could be spooked. The system could shake. The emperor would realize – he has no clothes.

So now that Yellen has decided to take measures in order to raise interest rates, where does that leave the market? Even if the Fed was to raise rates all the way to a two or three percent interest rate setting – it still leaves minimal options in being cut during crisis.

The Fed’s strategy during the 2008 crisis was to lower interest rates and to pump money back into the private banking system.  This time around, it has left a massive vulnerability gap in its toolkit to react and triage an economic spiral.

Jim Rickards has correctly predicted Brexit, a Trump election victory and now has his eyes set on the Fed. He noted back in September of this year following meetings in Jackson Hole, “Yellen basically said that interest rate cuts, quantitative easing, interest on excess reserves and forward guidance were sufficient to pull the U.S. economy out of a future recession if needed.

In short, Yellen said the Fed’s existing toolkit is adequate, and is unwilling to consider more radical tools or remedies. If you like weak growth, money printing and market manipulation, get ready for more of the same.”

He even recently took to Twitter to draw attention to the threatening Fed action:

If a #Trump victory didn't wreck the stock market, the Fed will. Rate hike still coming in December. pic.twitter.com/uFFGLzfr8M

How to Play An Interest Rate Hike

Buckle up. When the Federal Reserve raises rates just to cut them, that is when the real roller coaster is set to begin. After money spending, money printing and money manipulation are no longer on the table – either creative measures are implemented or a credibility shock sets in.

Even Billionaire investment minds like Carl Icahn have noted that the writing’s on the walls.  Earlier this year he addressed a conference suggesting that the Fed is running on fumes and that real trouble is on the horizon.  While looking out at the attendees of the “Delivering Alpha” he professed that, “You look at the environment, and I think it’s very dangerous. You’re walking on a ledge and you might make it to the end, but you fall of that ledge and you’re really going to see trouble.”

Jim Rickards warned last month on the Fed that, “With this as prelude, investors should hang onto short positions, build cash positions, reduce long equity bets and be prepared for continued strength in the dollar, at least through the end of the year.”

He goes on to note that “You should have some gold, land, and other hard assets to weather this storm. But, even with those hard assets, there’s still room for a diversified portfolio. You should never go “all in” on any one asset class including gold, which is why I recommend putting only 10% of your investable assets in gold.”

While there may not be enough time between now and the next financial crisis for the Federal Reserve to adjust interest rates accordingly – and not to the market expectations – it does not mean you have to be left in the dark.  Bold options, observant analysis and prudent preparations will secure your money and understanding of what is to come.

Think the election shock was bad for the market – what is coming could very well be worse. The market very well could miss seeing the forrest and the trees.