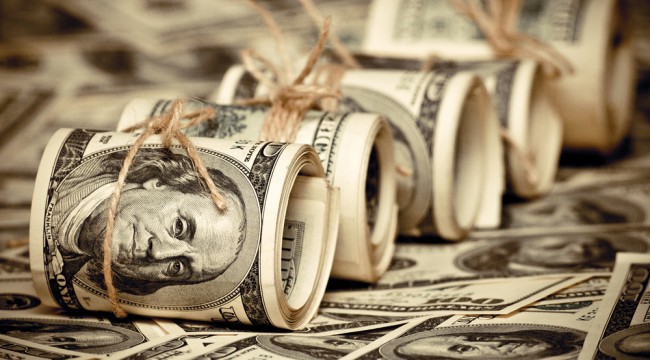 A promise is a comfort for a fool. ~Proverb

The robot scanners read the speech first; it took a while for humans like me to catch-up. But I’ve since had the chance to digest it. What was striking about the speech was how ordinary it was. As I predicted she would, she threw a bone to the hawks (“the case for an increase in the federal funds rate has strengthened”) and then threw another bone to the doves (“as ever, the economic outlook is uncertain, and so monetary policy is not on a preset course”). She also talked about “data dependence,” etc., and then went to lunch.

The conference at which the speech was delivered was titled “Designing Resilient Monetary Policy Frameworks for the Future.” That title at least suggested that some new thinking and new policies might be on display. They weren’t.

In short, Yellen said the Fed’s existing toolkit is adequate, and is unwilling to consider more radical tools or remedies. If you like weak growth, money printing and market manipulation, get ready for more of the same.

She took negative rates off the table (she said they were “impossible”). She also agreed that “helicopter money” (really fiscal policy supported by Fed bond purchases to finance deficits) could be useful, but made it clear that it was up to Congress to implement that and the Fed would not lead the charge.

Does this mean Jackson Hole was a nonevent for gold investors? Not at all. Yellen was not the only one speaking there. Another major speech was by an economist named Marvin Goodfriend, from Carnegie Mellon University. His speech was called The Case for Unencumbering Interest Rate Policy at the Zero Bound.

Specifically, the No. 1 thing standing in the way of negative rates is cash. If citizens can go to cash, that makes it difficult to impose negative rates on digital bank accounts. That’s also not a new insight. The war on cash has been going on for a while, and prominent economists from Larry Summers to Ken Rogoff have called for an end to cash. Rogoff did so just recently, in a front-page article in the “Review” section of TheWall Street Journal.

That’s how I saw SDRs coming years in advance, and that’s how I see the war on cash coming now. That’s why I also see a war on gold…

Curiously, academic policymakers have spent so many years disparaging gold they seem to have forgotten that gold is money. Once the war on cash heats up — and certainly when that war is in full swing, out in the open — people everywhere will turn to gold as an alternative form of money. And then, once policymakers see the massive shift to gold, they will launch a war on gold also.

But it’s not just the government and the banks that are doing everything they can to make it impossible for you to get your own money in the form of cash. Now they have a new partner — big business! It seems that businesses have their own war on cash. They hate handling it and it’s expensive to transport, store and insure. More and more, businesses are refusing to take your cash.

The key defensive play is to obtain your gold now, while you still can, before the war on gold begins. As this realization sinks in, it will create more demand for physical gold, which is already in short supply. That demand-driven tail wind for physical gold will take gold mining stocks much higher.

These scenarios are more disturbing, and the tempo more rapid, than I imagined just a short time ago.

The time to position yourself in gold and gold miners is now; don’t wait.