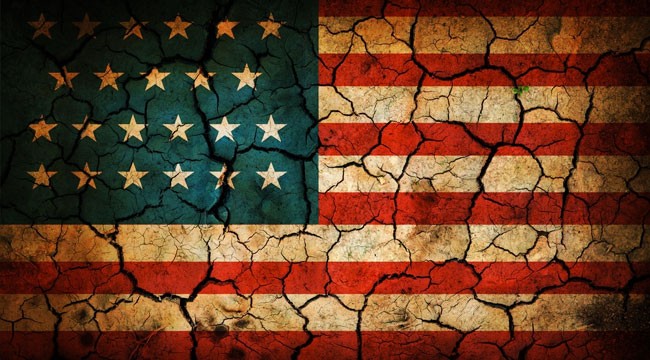 [This is the fourth and final installment of James Howard Kunstler’s Forecast 2015 series. If you missed them, here’s part I, part II and part III.]

For one who has been a close observer of the US socio-political-economic scene since the Kennedy era, the nation has gotten itself into a pretty sorry state. The pervasive racketeering that poisons American life from the money-in-politics farce, to the shameless, chiseling medical-pharma cabal, to the SNAP-card and disability rights empire of grift, to the college loan swindle, to the disgusting security state apparatus, to the corporate tyranny of local life and economies, to the delusional techno-narcissism of the media, to the despotic and puerile gender preoccupations of academia — all of it adds up to a society that cares as little for the present as it does for the future. And that’s aside from the pathetic digital device addiction of the generation coming up, and the sheer sordid behavior of the tattooed, drug-saturated, pornified masses of adults now forever foreclosed from a purposeful existence or a decent standard of living.

Even physically America is a sorry-ass spectacle: between our decrepitating cities, abandoned Main Streets, gruesome strip-mall highways, repellent and monotonous suburbs, dreary industrial ruins, profaned countryside, and desecrated coastline, there is little left to actually love about This land is Your Land. We’ve made so many collective bad choices about how we live that one can’t help feeling we are simply a wicked people who deserve to be punished.

Whole classes already are, of course. What used to be a working class with aspirations has devolved to the forlorn savagery averred to above. Our thought-leaders are devoid of thought. Our hopes and dreams are absurd sci-fi fantasies prompting us toward robot-assisted suicide. Our political stratagems of recent years accomplish nothing except making more trouble for ourselves while inciting the enmity of people elsewhere.

Markets tanking in Q3 [will] destroy the illusion of “recovery.”

Barack Obama’s signal failure — aside from letting the banks get away with murder and omitting to counter the Supreme Court’s Citizens United decision — has been his total evasion of measures that would prepare the nation for the vast changes in social and economic imperative that will attend the transition out of the techno-industrial era when he is out of office. These include supporting local small scale agriculture (rather than giant corporate agri-biz); promoting and supporting the reconstruction of local economic networks (Main Street business); eliminating multitudinous federal regulations that prevent individuals and small enterprises from operating; closing the hundreds of superfluous US military bases around the world; giving federal support to rebuild the US passenger rail system; promoting walkable communities — especially the re-activation of existing small towns and cities — instead of mindless obeisance to the suburban “home-building” industry (and its step-child in the commercial highway strip development racket) — and truly reforming medical care without the connivance of the insurance racketeers.

Obama and his party can be faulted for fostering the myth that every young person needs a college degree — leading a whole generation into debt penury for no good purpose, while depriving society of a long list of vocational roles and livelihoods based on providing genuine service or value. We will be a nation of unemployed gender studies graduates instead of plumbers, electricians, organic farmers, arborists, carpenters, machinists, nurses and paramedics, small business owners, et cetera.

This enormous bundles of myths and misplaced expectations for yesterday’s tomorrow prevents the collective national imagination from summoning a revised American Dream based on repairing the massive destruction of recent decades.

The political mood has not been murkier in my longish lifetime. Both major parties edge toward extinction as the Whigs did in the mid-1850s. The citizenry not sunk in drugs and depravity — that is, people who still read the news in some form and would like to care about their country — deserve a new faction or party that can at least express their discontent with the current situation. They will surely not get this in the generally supposed coming contest between Hillary Clinton and Jeb Bush. I hope they will be so insulted by this dynastic grab that more than one new party will form and make a big stank about it. The Tea Party was a good start in that spirit, but it tripped on its internal contradictions and its association with Dixieland-style religious fundamentalist idiocy and cracker war-mongering.

All that redounds on the current state of the Republican Party, a gang of venal ignoramuses pimping for lost causes. Despite having won the 2014 midterms, and capturing both houses of congress and governorships, they seem increasingly out-of-touch with the realities of economic contraction, peak oil, and climate irregularities. The old magic of stirring up the animals on social issues of abortion, bedroom activities, and allegiance to Jesus fail to move the old base, which is becoming economically quite desperate. That base also becomes conscious of how they have been hornswoggled into voting against their own interests for years in the sense that author Thomas Frank so aptly described in What’s the Matter With Kansas.

Race relations turned very sour in 2014 with more highly publicized killings of young black men in ambiguous circumstances. The chief martyr of the year, Michael Brown of Ferguson, Mo., was a poor candidate for sainthood, and did not help advance the credibility of claims that police brutality rather than the misbehavior of young men is behind a lot of strife abroad in the land. One gets the feeling that black race hustlers are in the driver’s seat recklessly pushing African Americans toward open warfare with everybody else. My view of the situation is not popular with Progressives, viz: that black separatism and its offshoots in “diversity” politics and multi-culturalism tragically promote an antagonistic, alienated, oppositional black politics at the expense of a common culture for blacks and whites with common values and common standards of behavior. It has gotten so bad that reasonable people can sadly conclude that the long civil rights project has ended in failure. We are treading on dangerous ground here, with foolishly outmoded ideas about what to expect from each other, and of course all this begs the questions: What now? What next?

Good luck everybody. Gird your loins and fasten your seat belts.