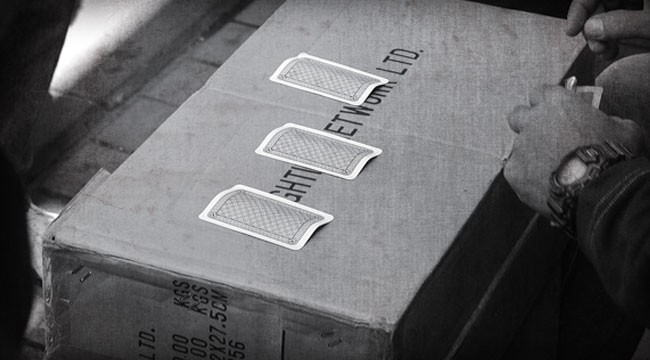 [In keeping with our 2015 forecast theme this week, James Howard Kunstler’s first installment he set the backdrop for his outlook. The problems from the 2008 crisis continued to be swept under the carpet in 2014. Now, he continues with part II, giving his forecasts from Greece to Gold and QE to mischief in the middle east. Read on…]

As 2014 closed out, that kit-bag of frauds, swindles, Ponzis, grifts, bait-and-switches, and three-card-monte scams is looking at least as wobbly as it did 2007 when Wall Street was busy manufacturing booby-trapped MBSs and CDOs. Except we know the true aggregate risk at stake has only grown larger and more hazardous due to all the strenuous efforts by authorities since the panic of 2008 to evade any natural process for clearing mal-investment and debt gone bad. A lot of that stank was simply shoveled into the Federal Reserve’s basement, where it sits to this day, composting steamily. As to be expected (and averred to in my previous books and blogs) financial repression, market intervention, and statistical distortion will produce ever more financial perversity. That is the hazard in decoupling truth from reality. Imposed dishonesty will always express itself in unexpected ways. Who expected the price of oil to fall by nearly half in a few months? (More on that below.)

These days, perversity expresses itself in a morbidly obese dollar gorging on junk while bulimic currencies elsewhere projectile-vomit their value away as the economies attached to them die of malnutrition. Perhaps this comes as a surprise to central bankers standing at their control panels like recording engineers at the soundboard, tweaking all the dials and slides expecting to achieve a perfect repressive inflation rate of 2-plus percent so they can melt away the onerous debt of sovereign balance sheets and Too Big To Fail banks — incidentally squeezing the citizenry of purchasing power in small annual increments that add up, after a while, to worthless money. They did manage to extend the inflation of stock market indexes another year, which the public is supposed to interpret as “prosperity.” Half a trillion dollars in stock buybacks of S&P companies were executed in 2014, much of it done with money, i.e. “leverage,” borrowed at zero interest. Stock buybacks boost share prices, of course, but they don’t represent any real increased value in a given company. They’re just snakes eating their own tails.

The belief that the world’s “reserve” currency is an implacable force, and that central bankers are omnipotent has made this trade appear to be an irresistible trend — Don’t fight the Fed! Since it’s a matrix of fraud based on thin air money detached from real productive activity, it is certain to blow up. And since 2015 is seven years past the last blowup, it can happen any time. All it requires is some small slippage somewhere, that one equivalent extra grain of sand or snowflake to bring the accumulate mass of false value down in a financial earthquake or avalanche. That obese dollar has been gorging on the equivalent of cheez kurls and Little Debbie Snack cakes, so it only grows more diseased as it gains weight. Sentient observers cannot fail to notice the advancing sickness.

Meanwhile, the US is stupidly waging currency war against other nations that can only blow back by incurring the animosity of every trading partner we have on the only planet available to live on. In 2015, I expect Russia to enlist China’s aid in undermining the dollar’s reserve status. Both countries have weaponry in the form of cash reserves and gold in their vaults. They also have the computer hacking expertise to start seriously messing with US markets — as much Fed technicians and TBTF bank algos do — bringing on mysterious flash crashes, derivatives “accidents,” and other abnormal events that will leave even the Goldman Sachs MIT graduates scratching their heads. Such hacking may accomplish what years of arrant market interventions by US technicians failed to produce: a deadly loss of faith on all the institutions that govern money and markets. Then the US will be the cleanest shirt in a laundry basket that is on fire.

The dollar these days represents two kinds of capital. The first is the stuff that the US has built and invested in since, say, the end of World War Two: a wasteland of aging and decrepitating suburban sprawl, that is, the infrastructure of a living arrangement with no future, the greatest entropic sink in human history. It extends to whole cities and their subsystems, e.g. the hell-hole of Las Vegas with Hoover dam and the dwindling reservoir of Lake Mead. Before mid-century, Las Vegas will be as desolate as Egypt’s Valley of the Kings. Try to imagine the money that went into building all that stupid shit in the desert. In another decade, across America, the housing subdivisions and commercial highway strips filled with tilt-up box stores, muffler shops and burger dispensaries will retain less value than the pyramids of Palenque had for the Mayans after their society rolled over and died. The so-called real economy is a New Age serfdom of burger fryers and janitors, indentured to that entropic sink. Below them is a widening slough of methedrine, child abuse, and tattoo art on its way to becoming Soylent Green. To put it bluntly, the dollar is entropy’s algo bitch.

The second kind of capital the dollar represents is the imaginary value based on sheer lying, making shit up, and borrowing from a future that has no chance of being paid back. This is the capital ginned up on “American exceptionalism” and “energy independence,” fairy tale memes functioning as collateral for the aforementioned malinvestments that add up to “The American way of life.” This capital has no substance, since it is just made up of intellectual and emotional dishonesty. This is the kind of constructed narrative that addicts and other functional cripples resort to to justify their behavior, and the fragility of it will sooner or later lead to the well-known condition of “hitting bottom.” That is the event horizon where the remnants of America enter what I call the World Made By Hand. It will be the greatest socio-economic shift since the fall of Rome, only much swifter.

It really deserves a sub-category of its own because it is the primary resource of our techno-industrial society and its troubles lie behind much of the present disturbances of our times. Despite the triumphal agitprop of the past few years, peak oil is for real. It just manifests more strangely than most people thought, namely, the simpleminded idea that it would only show up as ever-rising prices. No, I made point in The Long Emergency (2005) — and other commentators did too — that peak oil would manifest as volatility. And so since the actual moment of peak conventional crude around 2005, we’ve seen pretty wild oscillations in the price of oil. This is due to the harsh reality that the price people and enterprises can afford to pay for increasingly harder-to-get oil is less than the price that makes it possible to get it.

This sets up a yo-yo-ing instability in economic performance that exacerbates even normal wave patterns in the business cycle (which are, in turn, aggravated by banks and governments’ interventions such as ZIRP to suppress those cycles). Below $70-a-barrel the producers go broke; above $70-a-barrel the customers go broke. So the price wobbles up and down as financial Ponzis like shale oil are introduced onto the scene in the hope that debt finagling and mineral rights leasing scams can substitute for physics and geological reality. One trouble with this is that each violent oscillation generates more economic and financial destruction. Activities like motoring, aviation, manufacturing, and retail are badly affected and the entire financial system is made more fragile by worsening increments. Most importantly, the cost structure of the oil industry itself gets battered to a degree that fewer companies can survive to produce the remaining oil.

The big story for 2014 was the crash of oil prices. It is yet being celebrated in other blogger’s 2015 forecasts as a boon to America. Wait until they find out that almost all of the “good jobs” added in recent years were associated with the shale drilling industry that is now being put out of business by low oil prices. Wait until they find out how the failure of junk bond financing thunders through the bond markets and the savage wilderness of derivatives — and ultimately into their ruined pension funds. Wait until they discover that it was but a symptom of the compressive deflationary depression now gripping the entire techno-industrialized world.

P.S. I continue my outlook for 2015, right here. Click to read my 11 forecasts from Greece to Gold.