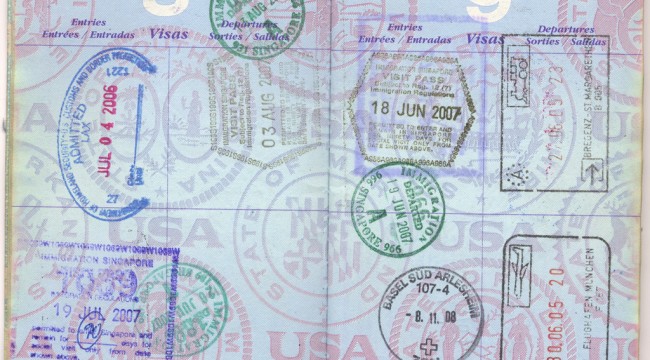 It’s no secret that governments worldwide are broke. One country after another is cutting social benefits and taking other measures to reduce government spending.

Take France, for instance. It’s under pressure from the EU to reduce its budget deficit to 3% of GDP. That’s the maximum permitted under the Maastricht Treaty, the agreement underpinning the EU. Currently, it’s at about 4%.

To comply with these rules, France cut family allowances and reduced grants to local authorities. It’s also started a renewed crackdown against tax evasion. It even laid off 7,500 soldiers.

But that’s not all. France also recently expanded incentives for new residents. The incentives exempt from tax some forms of income generated outside France.

That policy will reduce tax collections in the short term. But in the long-term, French decision-makers believe an influx of well-heeled foreigners will help lower the country’s budget deficit.

France is hardly alone. Throughout the world, governments are scrambling to offer tax-advantaged residence deals to wealthy immigrants.

For instance, if you have £10 million (US$15.6 million) available, you can acquire residence in the UK as a “non-domiciled resident.” Simply invest the £10 million in UK government bonds or in active and trading UK companies. After just two years, you’ll qualify for UK citizenship and passport.

Best of all, if you structure your affairs properly, you won’t pay any tax on your income outside the UK.

It’s even easier – and less expensive – in Malta. Legislation passed in 2013 created an “Individual Investor Programme” (IIP) that grants residence, and eventual citizenship and passport to foreigners who:

After a residence period of one year (during which you don’t need to actually physically live in Malta), you can apply for citizenship and a passport.

Outside the EU, the process is easier, faster, and much less expensive.

The most cost-effective “citizenship-by-investment” arrangement now on offer is from the Commonwealth of Dominica in the Caribbean. You can obtain citizenship and a passport for a donation of $100,000, plus $30,000 or so in other costs. The entire process takes about six months, sometimes less.

Of course, not everyone approves of these arrangements. The Tax Justice Network (TJN) for instance, has bitterly criticized the concept of countries selling citizenship and residence rights.

John Christensen, TJN’s director, says that people seek alternative residence and citizenship “so they can evade taxes.” These options exist, he claims, so that “you can escape responsibilities.”

Regular readers won’t be surprised that I disagree with these statements.

Of course, every national government imposes some form of tax in order to finance its existence. But it’s only rational for individuals or companies to seek lower tax burdens if those they’re paying now seem too high.

Indeed, companies have a fiduciary duty to shareholders to reduce expenses, including taxes, to the lowest level possible to maximize profits.

Does that sound like tax evasion to you? After all, who’s a better judge of how to spend your hard-earned money? You or a government bureaucrat?

There’s a bigger picture here as well. We live in a world where governments impose increasingly stringent travel restrictions through visa requirements.

At the same time, global debt levels have never been higher. Is it any wonder that some countries have decided to open a door to select individuals who make the requisite investment or contribution?

The products these countries offer – residence, citizenship, and a passport – cost virtually nothing to provide. Yet, they’re more valuable than ever in today’s chaotic world.

No matter where you live, though, getting a second residence – and if possible, a second citizenship and passport – is a wise move.

If the country you live in descends into chaos, you’ll have a “Plan B” to deal with it. And no… despite the statements of blowhards like John Christensen, qualifying for a second residence or passport doesn’t make you a tax evader.