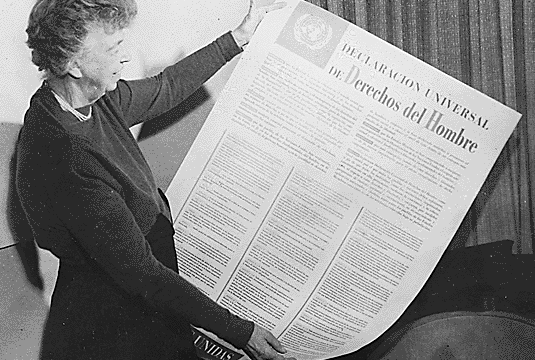 Congress' Plan to Lock You In

Freedom to travel is a fundamental and internationally recognized human right. Article 13 of the Universal Declaration of Human Rights (UDHR) states:

Congress ratified the UDHR on April 2, 1992. But it’s now having second thoughts.

The “right to travel” makes some politicians very nervous. Consider the issue from their viewpoint. Leaving the country makes it more difficult to detain you if the Feds suspect you of a crime, such as withdrawing lawfully earned cash from your bank account. It’s also less convenient to surveil you if your political opinions don’t toe the party line. And above all, it’s harder for Big Brother to grab your assets.

So, it’s hardly surprising that in May, Sen. Orrin Hatch (R-Utah) introduced legislation that would seize the passport of any US citizen with “seriously delinquent tax debts.” The proposal, part of an omnibus trade bill, isn’t new. Indeed, this is the fourth year in a row that Hatch, or other Big Government apologists, have introduced this measure.

The proposal requires no hearing or any other due process to grab your passport. All that’s needed is for the IRS to issue a “Notice of Levy” for any amount greater than $50,000.This is a letter informing you that the IRS thinks you owe it money.

Sure, $50,000 sounds like a lot of dough. But when it comes to tax liabilities, it’s practically chump change. The IRS has sent me assessments for this amount or more twice. When you operate a business, it’s easy for liabilities to add up. That’s especially true if you take positions the IRS disagrees with and get audited. Should disagreeing with the IRS mean the Feds can take your passport? Obviously, Senator Hatch, along with many of his colleagues, thinks that it should.

In June, the House of Representatives removed the passport revocation provision from the trade bill. But the measure isn’t dead. The Senate version of the bill still contains this measure.

The bill is now in conference, where Senator Hatch and his cronies must convince their colleagues that revoking the passports of US citizens whomight owe money to the IRS is just, equitable, and compatible with the US Constitution (not to mention the UDHR).

In case you wondered, it’s not just Big Government “conservatives” like Orrin Hatch who support this measure. There’s bipartisan support for the concept. Indeed, Sen. Harry Reid (D-Nev.) introduced the first proposal of this type in 2012, following a 2011 General Accountability Office recommendation. Obviously, politicians from both the “left” and “right” want to restrict travel options for US citizens. That means that even if passport revocation for back taxes doesn’t pass this year, the proposal will resurface.

You might wonder what the need is for this measure, since the IRS can already apply to a federal court for a legal writ called Ne Exeat Republica. In the context of unpaid tax, this writ forbids you from leaving the US until you pay up. But to invoke this measure, the IRS must first obtain a court order to “ground” you. That’s inconvenient, since it involves that pesky concept of “due process” the Feds want to avoid at all costs. Senator Hatch and his colleagues want to remove that obstacle as soon as possible.

Of course, there are already numerous other circumstances under which US authorities can revoke your passport or refuse to renew it:

Even if you don’t fall into one of the categories under which the government can confiscate your passport, don’t assume you can renew it when it expires. If the State Department requires you to complete its“biographical questionnaire” as a condition for renewal, you’ll be hard pressed to come up with some of the requested information (e.g., details of your mother’s prenatal care).

As in so many other areas of life, the US routinely uses passport revocation to punish its political enemies. Indeed, as I discussed in this essay, that’s been official policy for nearly a century.

And so it continues today. Mosed Shaye Omar is a great example. A naturalized US citizen since 1978, in 2013, he made the mistake of traveling to Yemen, his country of birth. But he wasn’t allowed to leave for 13 months. When US officials finally granted him a one-time travel document to return to the US, they forced him to leave without his infant daughter.

But at least Omar got to keep his US citizenship. I know of several cases where the Customs and Border Protection (C&BP) agency has coerced native-born US citizens into signing away their birthright. I wrote about one especially horrifying case in this essay.

In any event, this latest passport revocation proposal makes it more important than ever to get a second passport. If you don’t qualify for a second passport through marriage or ancestry, you can still acquire one by making a contribution or investment to a handful of countries. In exchange, you’ll receive citizenship for life – along with a passport the US government can’t confiscate through bureaucratic sleight of hand.

As I’ve said many times before: today couldn’t be a better time to start the process!

7 Income Streams You Could Be Tapping Into

I would argue that most people have only tapped into three of these seven: earned income, dividends, and interest. Here’s how you can get the most out of all seven…