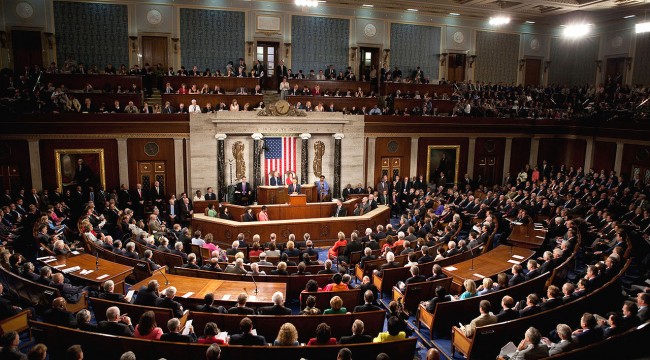 Revolutions most often become horrific parodies as they inevitably turn inward on their own people. The former subjects of Louis XVI soon understood liberté, égalité, fraternité to in fact mean the guillotine. In the name of fighting one’s enemies, the regime takes to cannibalizing its own citizens, as the motion of the action requires the “enemies” list to orient ever more inwardly.

Which brings us to the matter of HR 237, a bill to “[t]o authorize the revocation or denial of passports and passport cards to individuals affiliated with foreign terrorist organizations, and for other purposes,” coming to the Floor of the US House today on, of all things, the “suspension calendar.” This “suspension calendar” accommodates bills that are traditionally considered uncontroversial in nature and thus not requiring the full daylight of a thorough Congressional debate.

Under the “suspension of the rules,” bills can be brought to the Floor without going through the rules process and thus not be eligible for any amendment or substantive debate. Forty minutes of mostly praise and usually a voice-vote of approval and the “suspension” is on its way to becoming the law of the land.

As my old colleague Norman Singleton brings to light, HR 237 is hardly uncontroversial. It gives the US Secretary of State the power to revoke the passport of any American he determines has “aided, assisted, abetted, or otherwise helped an organization the Secretary has designated as a foreign terrorist organization.”

This means the Secretary of State can, unilaterally, with no due process and no oversight, deprive an American citizen the privileges of citizenship, thus relegating him to internal exile inside the United States — a practice most recently perfected in the Soviet Union.

What does the word “aided” mean? No one knows. Is there any wiggle room for inadvertency? No one knows. And what about the very political nature of the US “terror” list in the first place? What if I seemed to have winked approvingly at an MeK demonstration on September 27, 2012, the day before the US Secretary of State unilaterally decided that this Marxist-jihadist terror cult, which has murdered American citizens, should no longer be on the US terror list? Would that one day’s lapse cost me my ability to leave the US?

Will the Secretary of State at least consult with other government agencies to determine whether my wink at the MeK might have been simply a speck in my eye and in fact I have absolutely no terrorist sympathies whatsoever? Nothing in the bill requires him to do so.

If the Secretary of State does take away my passport and condemns me to internal exile, will I at least find some way to pursue due process and appeal for the reinstatement of my privileges as a citizen — after all I have not been convicted or even accused of terrorist activity? Again, HR 237 does not provide for that possibility.

Can I at least see the report that the Secretary of State is required to provide Congress to prove that I should be consigned to internal exile? Again, no. As the bill states, “[t]he report submitted under paragraph (1) may be submitted in classified or unclassified form.’’

The US Secretary of State can revoke my passport without meeting any burden of proof that I am actually a terrorist or even that I have ever supported terrorism. He can keep his evidence against me totally secret and will never be required to justify his actions against me.

And this is considered “uncontroversial” in the United States? Even in revolutionary France you had the Vendée which resisted the madness of the totalitarian state. Here we have the “suspension calendar,” a modern guillotine of our rights.

Daniel McAdams
for The Daily Reckoning

Macron Will Win the French Election

Jim Rickards shows you why he thinks Sunday’s election in France will not see a revolt of the masses. Read on.