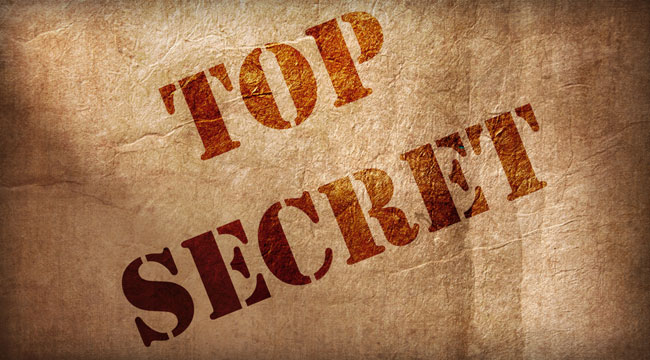 Why a CIA Insider is Spilling His Secrets to Protect You

Birds are chirping. The powder is fresh and untouched. What a beautiful day, you think.

Then you hear a rumble. And then another.

Hunker down, my friend. You’re not going to outrun this one…

As you dig your way out, think about how this happened…

Everything was so calm. So peaceful.

And BOOM. Several years of built-up snow collapsed all at once. And all hell broke loose on everything in its path.

Why are we talking about avalanches?

Well, it has to do with the newest addition to the editorial team here at Agora Financial…

He’s a former CIA insider who, as our colleague Dave Gonigam said yesterday, “knows people high up in the power structure and is willing to call BS on them when he sees it. Do you have any idea how rare that is?”

Of course, we’re naturally skeptical of anything the establishment spits out…

But this guy is an outlier.

“The smartest man in the room.”

And “probably the world’s baddest of the bad-asses in understanding and explaining the modern monetary theory.”

Up until now, he’s given personal attention only to private investment funds, investment banks, the CIA, the Pentagon, the NSA and 14 other U.S. intelligence agencies.

He’s been hired by many of these organizations to help them prepare for the brewing financial catastrophe.

Moreover, he’s helped the Pentagon develop a predictive model to protect the U.S. from another Sept. 11.

But that doesn’t mean he’s beholden to any of them. In fact, quite the opposite.

And to prove it, he’s devoting all his attention to you.

“My mission,” he told us, “is to help everyday Americans not be ripped off by people who know better who won’t be honest with the American people.

“Bankers, government — both parties. There are enough people in positions of real power who see what I see and won’t be honest with people about it.

“And they’re perfectly prepared for all those people to lose all their money. I think that’s despicable.”

If they’re not tight-lipped, then they’re in complete denial. Or worse, clueless. Like the wingnuts at the Federal Reserve…

In Jim’s words, the Fed staff “misapprehends the statistical probabilities of risk.”

Or simply put, they’re ignoramuses when it comes to understanding how the markets actually work.

In other words, they may as well be reading tea leaves.

“This is why I say the Fed is playing with a nuclear reactor,” he warns.

“Fortunately, economic science has not stood entirely still. A new paradigm has emerged in the past 20 years from several schools of thought…

The most promising school of thought, says Rickards, is what’s called “complexity theory.”

Only a handful of people in the world have mastered this future field of deliberation. And Jim is the only one thus far to apply it to the economy at large.

The latter is a feature called “critical state dynamics.”

With it, he says, “minute changes in initial conditions can result in catastrophically different outcomes.”

And when that occurs, “you end up in a very different place [than] where you started.” And it can happen in the blink of an eye.

“When you start looking at things that way,” Jim makes clear, “you will see that this is a system that is bordering on the critical state and potentially prone to collapse.”

Which brings us back to our discussion of avalanches and snowflakes…

Earlier, we went through one avalanche scenario.

“…instability is already baked into the pie… At any moment, it could come crumbling down.”

Let’s rewind to before the avalanche happened…

Rickards is going to walk you through the scenario once more.

This time, in lieu of sauntering casually through the snow, you’re aware of the danger before it happens.

First, Jim describes, you notice “a snowpack building up on the ridge line while it continues snowing. You can tell just by looking at the scene that there’s danger of an avalanche.

“It’s windswept… it’s unstable… and if you’re an expert, you know it’s going to collapse and kill skiers and wipe out the village below.

“You see a snowflake fall from the sky onto the snowpack.

“It disturbs a few other snowflakes that lay there. Then, the snow starts to spread… then it starts to slide… then it gets momentum, until, finally, it comes loose and the whole mountain comes down and buries the village.

“I say the snowflake’s irrelevant. If it wasn’t one snowflake that caused the avalanche, it could have been the one before or the one after or the one tomorrow.

“The instability of the system as a whole was a problem.”

That unstable system is all around us, says Jim. Burping and creaking like an old wooden ship on the brink of capsizing.

“You and I are just waiting for that ‘snowflake’ that will finally cause the crisis. It will come very suddenly, too. What you need to be concerned about is that instability is already baked into the pie.

“At any moment, it could come crumbling down.”

P.S. Just for our Baltimore HQ, Rickards drafted THREE reality-shattering reports on the coming crisis. Readers of my FREE Laissez Faire Today e-letter are the only ones to receive all three leaks. If you’re not yet a member, you can click here right now to sign up for FREE. Once signed up, email Chris@lfb.org, and he’ll send you the full, uncensored issue.