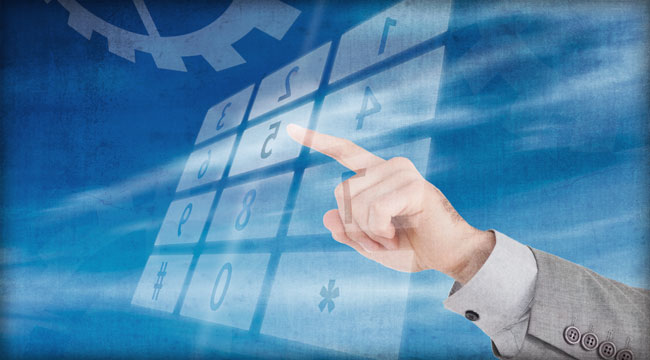 What the US Dollar of the Future Will Look Like

Picture the scene. It’s 2020. You’re at the checkout in a convenience store with a carton of milk. But you’ve got no cash and you’ve left your cards at home. No problem. You scan your right index finger; the green light flashes. Purchase approved and you leave. Easy.

Is this a realistic vision of the future, or are we only ever likely to see such scenes in science-fiction movies such as Minority Report? Predicting the future is never easy, but I believe that new technologies will prove the death knell for cash. We’re not there yet, but a cashless society is not as fanciful as it seems. Recent research suggests that many believe we will stop using notes and coins altogether in the not-too-distant future.

New payments technologies are rapidly transforming our lives. Today in the U.S., 66% of all point-of-sale transactions are done with plastic, while in the U.K. it’s just under half. But while a truly cashless society is some time away yet, there is raft of groundbreaking technologies that will make cash a mere supporting act in the near future.

Making payments with smartphones will also become the norm within a few years.

Take contactless cards for instance. They are perfect for those small purchases. Why go to the hassle of carrying loose change when you can swipe a card to make a purchase within seconds? Thirty-one percent of us put an item back on the shelf if we aren’t carrying enough cash. Consumers want the convenience new technologies offer, and retailers are losing billions a year by not offering a range of payment options.

Contactless cards help address this problem, and although leading High Street retailers now accept them, many independent retailers don’t yet. But as we become accustomed to the convenience of contactless, we will expect it everywhere we shop.

I’ve seen it happening abroad already. In Iceland, the buses don’t take cash; taxis assume you are paying by card; coffee shops expect you to wave the plastic for a simple espresso. Sweden isn’t far behind. It will happen in the U.S. and U.K., too.

It’s not just our need for quick, convenient shopping with fewer queues that is driving change. The costs to retailers to process transactions should drop dramatically in the next few years. The comparatively high cost that banks charge retailers for processing credit and debit card payments should come down. The European Union (EU) will soon cap the amount banks can charge retailers to process card payments. This should result in contactless transactions being made in most stores in Europe within the next few years.

Making payments with smartphones will also become the norm within a few years. We’ve been talking about using a mobile to make payments for at least a decade, but now the moment has arrived.

A U.K. service called Paym allows people to transfer money to retailers or friends by using a mobile banking app on their phone. Since its recent launch, 500,000 phone numbers have been registered. Some 90% of U.K. current account holders will be able to use it by the end of the year.

There are a number of similar apps provided by mobile phone operators, technology groups and payment specialists like PayPal. According to the Centre for Economic and Business Research, the value of goods and services purchased using a mobile phone will almost triple from £4.8 billion last year to £14.2 billion in 2018.

All these developments mean we will use cash less. A further benefit for us is that it will give us peace of mind as there will be less concern over having money stolen. The technology being used to usher in a cashless age offers security benefits to its users, as it’s very easy to shut down a smartphone’s digital wallet remotely if it falls into the wrong hands.

By removing cash, you reduce the chances of becoming a target of crime, while using electronic payments can provide a trail of statements that can help to manage your finances.

Even cryptocurrencies such as Bitcoin are moving in on the mobile payments act. Apple has recently announced that it has updated its App Store guidelines to allow software developers to include virtual currency transactions in apps. Although Apple has not specified which virtual currencies have been approved, it’s likely that Bitcoin, as the world’s most widely used virtual currency, will be included. Nevertheless, the public still has to be convinced by Bitcoin — 1% of people have used it within the last month.

Perhaps the most exciting development is the prospect of biometrics technology such as fingerprint, retina scans and voice recognition, being made available by retailers for transactions in the future. This will make it even easier for us to buy products in store and online. Biometrics offers simplicity, convenience and security. Biometrics will also make fraud virtually impossible – identification is yours and yours alone, and therefore very hard to copy.

Recent research shows that 47% of us think we’ll be using our fingerprints to make purchases within 10 years. So who knows? With such public expectation, perhaps using a fingerprint to buy our groceries won’t be confined to the imaginings of the latest Hollywood blockbuster.

Simon Black
for The Daily Reckoning

Ed. Note: Stock scams like this are more common than you think. And if you read the email version of Laissez Faire Today, you would have learned about the hard work one man does when he picks stocks… and the incredible returns he’s given his readers. Click here and subscribe to Laissez Faire Today so you don’t miss out on future opportunities.

This article was also prominently featured at The Daily Reckoning.