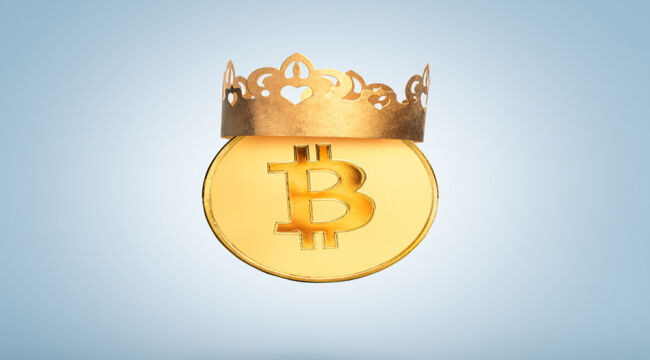 Bitcoin (BTC), quite possibly the world’s best “investment” over the last decade, is on a roll. But is it money? What are its prospects as digital gold?

Perhaps you don’t care. Bitcoin is a lucrative trading vehicle. Why does it matter if it is going anywhere?

By the measure of “coin market cap” at the end of 2020, it peaked at a level of $42,000 or verging on a trillion dollars of market cap. That’s around a tenth of the level of gold.

As bitcoin passes 18 million units and approaches its estimated cap of 21 million units by 2140, it ascends toward a horizon envisaged by Hal Finney, its first buyer back in 2009. He imagined that all the world’s transactions would migrate to bitcoin, and each unit could be worth more than $10 million.

From the beginning, however, bitcoin faced a monetary paradox. In an ever-changing world economy, monies can respond to shifts in demand either by changing the volume (keeping the price steady) or changing the price (capping the supply).

But if you cap the volume, you cripple the transactional function — which depends on money as a dependable measuring stick. Entrepreneurs need money as a metric of value to guide their investments and business decisions across time.

Time takes the economy into the future. And interest rates guide the direction of money through time. When the signs and signals of time are muddled by government interventions or by arbitrary “caps” or controls, trade can founder, and the horizons of investment shrink in both dimensions.

By resolving that enigma, the history of gold gives crucial guidance.

The Beauty of Gold

As a universal index of value, it settled the volatile shifts and shuffles of exchange rates. As an unchanging standard, it made interest rates a reliable guide for entrepreneurs making commitments in the darkness of time.

The gold standard provided maps and metrics that enabled entrepreneurs to act confidently across time. They were assured that even in an ever-changing and insecure world, the monetary measuring sticks would not change when they brought their products to the marketplace.

Although mining has increased the supply of gold by between 1.5-2.5% a year for centuries, the stock of gold is huge compared with its flow — making gold peculiarly resistant to supply shocks.

Accumulated supplies can shift between gold’s two main uses — money and jewelry. Money is liquid jewelry; jewelry is crystalized money. Raw bullion can be converted into baubles, and jewelry can be melted into coins, according to the needs of the economy registered by the price of gold.

If technological breakthroughs could drastically expand gold production, gold as a metric would give way, and its real price would plunge. But across millennia of scientific advance and metallurgical discovery, gold has remained stable.

The improvements in mining technology have been met with a challenge — the increasing difficulty of extracting gold from ever deeper and smaller lodes.

Money is essentially tokenized time: a measure of the scarcity of time in economics. In a world of barter, the rates of exchange between apples and houses, for example, would be determined by the differential time periods needed to produce an incremental unit.

As a barter economy becomes a commercial economy, these common time factors become manifested in money.

The Scarcity of Time

Now we live in a global economy,  where a myriad of goods and services are exchanged across the globe. To mediate the tradeoffs and priorities of economic choice, money must be scarce. What remains scarce when all else becomes abundant is time.

Stable money confers a harmonic cadence on the dance of economic activity; without it, the dancers plunge into chaos, fumbling about for direction.

When gold prices increase, gold mining operations also increase. An increase in supplies tends to lower the price, which removes much of the incentive to mine additional gold. This kind of back and forth gives gold its stability over time. Remember, gold supplies can increase.

However, this is not the case with bitcoin. Its supply will eventually be capped. That basically makes bitcoin deflationary relative to gold and  introduces an element of volatility, which money shouldn’t have.

As King Midas discovered, gold (and all candidates to be real money) is not wealth itself but a metric of wealth.  It’s a measuring stick to account for the world’s goods and services.

Neither inflationary nor deflationary, gold penalizes neither creditors nor debtors. If bitcoin is capped it can’t replace gold.

Bitcoin inventor Satoshi Nakamoto believed that his mining algorithm was mimicking gold production. Just as gold took more time and resources to produce, so would bitcoin, until it reached its cap.

But “Man on the Margin” blogger Mike Kendall found a fundamental flaw: the belief that the money supply can and should be determined by the supply of bitcoin or gold. In other words, that gold (or bitcoin mimicking gold) should serve not only as a measuring stick but as the actual medium for all exchanges.

A fixed value for bitcoin would be better than a fixed supply.

Gold (or bitcoin) doesn’t have to be the actual medium for all exchanges. Even under a gold standard, you can have fractional reserve banking (where banks loan more money than they have in deposit).

Fractional reserve banking is intrinsic to the role of banks, which mediate between savers seeking safety and liquidity, and entrepreneurs removing the very same through long-term investments.

The value of liquid savings is necessarily dependent on the achievements of illiquid and long-term enterprise. There is no way to avoid the maturity mismatch between savings and investments except by abolishing capitalism.

Bitcoin and other cryptocurrencies cannot become significant monies without systems to intermediate between savers and investors. Money cannot be simply a smart contract.

It entails continual acts of intelligent discretion in the provision of loans and investments responding to changes in markets and technologies.

In Friedrich Hayek’s words, “The gold standard force[s] governments to control the quantity of money in such a manner as to keep its value constant.”

Cryptocurrencies and the blockchain technology behind them are here to stay and will have revolutionary effects on banking and commerce.

But bitcoin itself should have a fixed value, not a fixed supply, if it’s ever to be considered money.