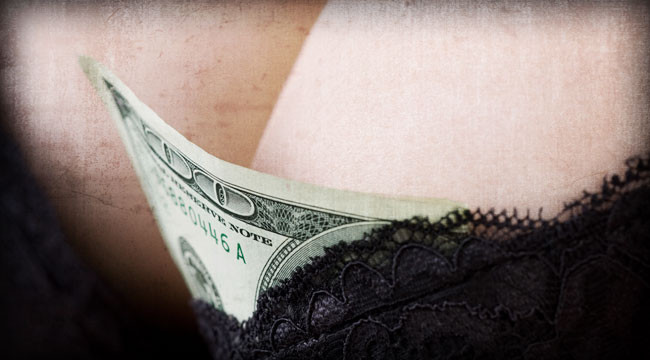 US Credit an Unfaithful Hussy

Washington, D.C. — A tragedy is brewing in the United States. Within a decade, the country that has gone from the second freest in the world to the 17th. And the threat is much worse than the federal government’s current 20% shutdown.

If Congress does not increase the debt ceiling (as it has done more than 100 times since 1917), the government may default on its debt later this month.

This debt is made up of government bonds held by investors both in America and in other countries. “Investors” include ordinary citizens through their pension funds, mutual funds and even their bank accounts. This federal debt is backed by “the full faith and credit of the United States.”

The “full faith and credit of the United States” means that the government can force the taxpayer to pick up the tab when the bill comes due. “You don’t mess with that,” declared President Barack Obama, explaining his faith in his subjects’ credit.

“We are not ideological. In fact, taken together, Democrats and Republicans in Congress cover 50 grades of Che.”

A White House spokesbeing confirmed that the IRS was standing by to defend the faith. If necessary, the NSA as well as SWAT teams could help.

The population is divided over the issue, but a majority doesn’t seem to care. “What is public debt?” asked Carolyn M., smoking pot and listening to her iPod in the middle of the Boston Common. Probed about the meaning of her Che Guevara t-shirt, she replied, “Huh?”

Other citizens are adamant that the debt must be honored. “We borrowed from ourselves, so we must pay ourselves back,” said a Harvard University professor who was passing by. To illustrate his point, the professor took a $20 bill from his left pocket and placed it in his right pocket. Cleverly imitating the reimbursement process, he then returned the $20 bill to the left pocket.

An IRS spokesbeing warned taxpayers not to do this with their taxes. He explained, “The government strongly discourages the taxpayer from paying his taxes to himself. Don’t pay your taxes to yourself.”

Asked what would happen if we did not reimburse ourselves, the professor replied, “If we don’t pay ourselves back, our full faith and credit will become an empty faith and credit. And then we’ll have to put ourselves in jail.”

To illustrate his theory, he punched himself in the nose, then snapped a pair of toy handcuffs onto his wrists. He just so happened to be carrying them in his briefcase along with a book titled Fifty Shades of Grey.

Senate Majority Leader Harry Reid is pleading for pragmatic solutions and compromise. “Ideology will only worsen the situation,” he said. “We are not ideological. In fact, taken together, Democrats and Republicans in Congress cover 50 grades of Che.”

Republicans in Congress are starting to mellow, and are trying to gently increase the debt ceiling. President Obama wants Congress “to pass a clean debt-limit increase.”

Some people think that “a clean debt-limit increase” is an oxymoron. Rumors are starting to spread. Fearing the disruption that a government default would create, some consumers are said to be stockpiling food and ammo. A White House spokesbeing warned that the president is ready to issue an executive order forbidding price gouging and price increases.

“It’s better that nobody gets any, rather than some getting some. We need equality and a level playing field,” declared the president as he and his family were boarding Air Force One for a vacation at Camp David.

As usual, he was accompanied by a flock of Secret Service agents enforcing his own personal gun-free zone.

Ed. Note: Prr Lzkdrqxcwm The Martian has been a regular correspondent in Laissez Faire Today for almost two months now. And his alien perspective on the way humanity functions – specifically as regards the U.S. government – is always a breath of fresh are… even if his perception is sometimes off. Regardless, his writings have caused quite a stir among the Laissez Faire Today readership, with some calling for him as an adoptive Patriot and others a “crazy alien who missed the mark.” Join the debate for yourself. Sign up for Laissez Faire Today, for free, right here. In addition to signing up, you’ll get upwards of 15 chances per week to discover real, actionable profit opportunities! It’s just one more perk of being a member of this unique group of like-minded thinkers. So don’t wait. Sign up for FREE today.

Real Estate investment is a particularly tricky. Should you passively invest or be more active as a landlord? Let’s jump into the discussion!