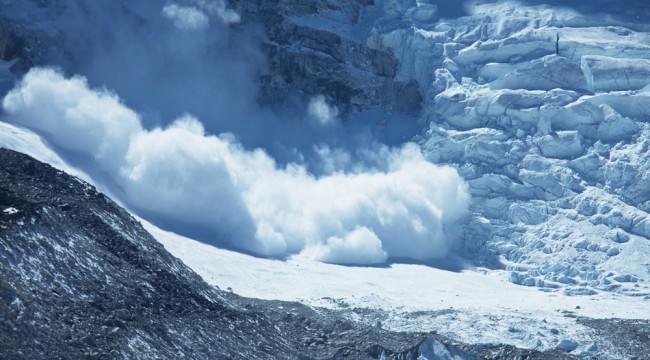 The "Snowflakes" that Will Cause the Next Financial Crisis

Those were the three words that echoed in our head after a face-to-face meeting last week with Jim Rickards, author of The Death of Money.

Indeed, he anticipates the debt and leverage built up in Washington and on Wall Street will blow up sooner or later… with catastrophic consequences.

But what might be the triggering events, we wondered? Your editor and a few more of us around the office had a follow-up phone call last week…

Mr. Rickards offered up three potential catalysts — a “geopolitical” shock of some sort (Iraq? Ukraine? No shortage of possibilities)… a credit meltdown in China… and something we’ve been calling “Zero Hour.”

Zero Hour is the name we gave 18 months ago to a scenario in which a major commodities exchange like the Comex defaults on a gold contract — settling in cash, instead of metal. At that moment, the price of real gold in your hand runs away from the “paper” price on the Comex.

Rickards pushed us to tease out all the implications of such an event: After all, at that moment, trust might vaporize not only from the commodity markets, but from the entire financial system. Panic, empty store shelves, riots, the whole nine yards might ensue.

“But these are only three possibilities out of maybe 30 I could name,” he said.

We didn’t have time to draw him out on the other 27. But scanning the headlines, it doesn’t require much imagination…

How about a cyberwar accidentally launched by the NSA?

The fugitive whistleblower Edward Snowden sat down recently in Russia for a Wired magazine interview with James Bamford, author of three books about the NSA. Snowden described a cybersecurity program called MonsterMind that would hunt down and neutralize computer attacks before they happen. MonsterMind could also launch retaliatory attacks. And all of it could happen automatically, without human intervention or oversight.

Of course, hackers often disguise the location where their attacks are coming from. Unintended consequences, anyone?

“These attacks can be spoofed,” Snowden said. “You could have someone sitting in China, for example, making it appear that one of these attacks is originating in Russia. And then we end up shooting back at a Russian hospital. What happens next?”

Or how about a new twist on the mortgage-finance meltdown that fueled the Panic of 2008?

This morning’s New York Times describes “a niche market for newly minted bonds that are backed by the most troubled mortgages of them all: those on homes on the verge of foreclosure.”

So far this year, investors have snapped up $7 billion of nonperforming mortgages… on top of $11.6 billion last year. With the Federal Reserve pushing interest rates as low as possible, this garbage actually starts to look attractive: Typically, the bonds yield 4% and pay out in as little as two years, assuming the foreclosures proceed without a hitch.

“The investors making money off these obscure bonds,” the Gray Lady tells us, “include American mutual funds. And one of the biggest sellers of severely delinquent mortgages to investors is a United States government housing agency.”

Maybe the trigger would be a municipal pension fund taking high-risk bets.

The San Diego County Employees Retirement Association is underfunded — like many local and state pensions. The managers hope to make up that shortfall with those complex financial instruments known as “derivatives”… and to borrow money with which to place those bets.

“San Diego County’s embrace of leverage comes as many pensions across the U.S. wrestle with how much risk to take as they look to fulfill mounting obligations to retirees,” says the Wall Street Journal. “Many remain leery of leverage, which helped magnify losses for pensions and many other investors in the [2008] financial crisis. But others see it as an effective way to boost returns and better balance their holdings.”

Indeed, the possible catalysts for crisis are nearly endless: The metaphor Rickards keeps coming back to is an avalanche.

“The climbers and skiers at risk can never know when an avalanche will start or which snowflake will cause it,” he wrote in The Death of Money. “But they do know that certain conditions are more dangerous than others and that precautions are possible… One cannot predict avalanches, but one can try to stay safe.”

He took pains to point out that while he sees an avalanche coming, he’s not holed up in a mountain cave stocked with canned goods and ammo. “I travel, I give speeches, I still live my life.” Good to know…

We’re about to launch a project with Mr. Rickards — tracking financial avalanche conditions, even analyzing individual snowflakes for their triggering potential. The best way to stay in the loop is by signing up for the 5 Minute Forecast, right here.

P.S. “A lot of people confuse money and wealth” explained Mr. Rickards in the Daily Reckoning’s studio, last month. “They may say, ‘I have a lot of money, so I must be wealthy’… but that might not be necessarily true in the long run”. Click play below to watch Jim explain why. He also shares one lesson for safeguarding your wealth as exemplified by Warren Buffet and China: