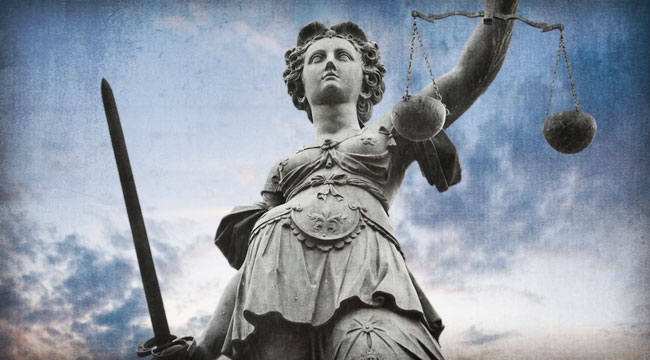 In the months since Edward Snowden revealed the nature and extent of the spying that the National Security Agency (NSA) has been perpetrating upon Americans and foreigners, some of the NSA’s most troublesome behavior has not been a part of the public debate. This behavior constitutes the government’s assaults on the American legal system.

Investigative reporters at The New York Times recently discovered that the NSA has been listening to the telephone conversations between lawyers at a highly regarded Chicago law firm and their clients in Indonesia. The firm, Mayer Brown, has remained publicly silent about the revelations, as has its client, the government of Indonesia.

…this is how the feds work: secretly, unfairly, and in utter derogation of the attorney-client privilege.

But it is well known that Mayer Brown represents the government of Indonesia concerning trade regulations that govern exports of cigarettes and shrimp to the U.S. The lawyers on the other side of the bargaining table from Mayer Brown work for the federal government, which also employs, of course, the NSA.

The answer, incredibly, is yes. Federal rules prohibit the NSA from sharing knowledge with lawyers for the federal government only about persons who have been indicted. In this case, Mayer Brown is attempting to negotiate favorable trade relations between Indonesia and the U.S., and the lawyers for the U.S. have the unfair advantage of knowing in advance the needs, negotiating positions, and strategy of their adversaries. In the Obama years, this is how the feds work: secretly, unfairly, and in utter derogation of the attorney-client privilege.

For 100 years, that privilege — the right of lawyers and their clients to speak freely and without the knowledge of the government or their adversaries — has been respected in the U.S., until now. Now we have a lawyer who, as president, uses the NSA to give him advance warning of what his office visitors are about to ask him. And we have lawyers for the federal government who work for the president and can know of their adversaries’ most intimate client communications.

This is profoundly unfair, as it gives one side a microscope on the plans of the other. It is unwise, too, as clients will be reluctant to open up to counsel when they know that the NSA could spill the beans to the other side. In the adversarial context, for the system to work fairly and effectively, it is vital that clients be free to speak with their lawyers without the slightest fear of government intrusion, particularly when the government is on the other side of the deal or the case.

If you have spoken to a lawyer recently and if that lawyer is dealing with the federal government on your behalf, you can thank the constitutional scholar in the Oval Office for destroying the formerly privileged nature of your conversations.

But that is not the only legal protection that President Obama has destroyed. In 2012, the U.S. Supreme Court heard oral argument in a case in which journalists in the pre-Snowden era challenged the government’s spying on them. The government won the case largely because it persuaded the court that the journalists did not have standing to bring the lawsuit because their fears of being spied upon were only hypothetical: They suspected that their communications with their sources were being monitored, but they couldn’t prove it. In this post-Snowden era, we now know that the journalists in that case were being spied upon.

Nevertheless, during the oral argument in that case, government lawyers told the high court that should government prosecutors acquire from the NSA evidence of criminal behavior against anyone whom they eventually would prosecute and should they wish to use that evidence in the prosecution, the Justice Department would inform defense counsel of the true source of the evidence so that the defendant would have the ability to challenge the evidence.

Yet last week, in a case in federal court in Oregon, the same Justice Department that told the highest court in the land last year that it would dutifully and truthfully reveal its sources of evidence — as case law requires even when the source is an NSA wiretap — told a federal district court judge that it had no need or intention of doing so.

If this practice of using NSA wiretaps as the original source of evidence in criminal cases and keeping that information from the defendants against whom it is used is permitted, we will have yet another loss of liberty. Federal law requires that criminal prosecutions be commenced after articulable suspicion about the crime and the defendant. Prosecutions cannot be commenced by roving through intelligence data obtained through extra-constitutional means. That is the moral equivalent of throwing a dart at a dart board that contains the names of potential defendants and prosecuting the person whose name the dart hits.

For the past 75 years, federal prosecutors have not been permitted to use unlawfully obtained evidence in criminal cases, and they have been required to state truthfully the sources of their evidence so that its lawfulness can be tested. This rule generally has served to keep law enforcement from breaking the laws it has sworn to uphold by denying to its agents the fruits of their own unlawful activity.

Liberty is rarely lost overnight. It is lost slowly and in the name of safety. In the name of keeping us safe, the feds have spied on the lawyers who negotiate with them, lied to the lawyers whose clients they are prosecuting, and misrepresented their behavior to the Supreme Court. As far as the public record reveals, they have not corrected that misrepresentation. They have done all of this in utter defiance of well-settled law and procedures and constitutional safeguards.

What will they do next?

Andrew Napolitano
for The Daily Reckoning

Ed. Note: What makes this loss of liberty so disconcerting is the fact that, because it’s happening so gradually, it tends to go largely unnoticed by the American people. So by simply by staying informed, you’re already one step ahead of the vast majority of U.S. citizens who don’t have clue about what’s happening to their freedom. To make sure you stay one step ahead of the feds, sign up for the FREE Laissez Faire Today email edition, right here.

Andrew Napolitano, a former judge of the Superior Court of New Jersey, is the senior judicial analyst at Fox News Channel. Judge Napolitano has written seven books on the U.S. Constitution.