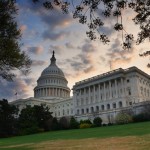 Chances are, you’re a criminal. At least as defined by the state.

You might not be one of the 83,000 people who are sent to prison in the United States every single year… and you might not have run afoul of one of the 4,500 (and counting) federal statutes…but that doesn’t mean you’re off the hook…

There are still tens of thousands — if not hundreds of thousands — of additional laws, rules, regulations, writs, decrees, codes, charters, bylaws, edicts, mandates, ordinances, notices, requirements, rulings, precedents, injunctions, intrusions and assorted other meddling, do-gooder nanny statisms to catch you with your proverbial pants down.

(Ed. Note: Being caught with your pants down, variously known as “indecent exposure,” “public lewdness” and “public indecency,” may also be a crime, depending on where you’re reading this note.)

In many ways, we are fast approaching what author T.H. White, in his book, The Once and Future King, described as the Totalitarian Principle: Everything not forbidden is compulsory. It is quite impossible to know, much less abide by, all the rules and regulations on the books.

But if only that were the worst of it!

Not only must we fall in line behind laws we don’t — and cannot possibly — know, but the state issuing these cunning curtailments of our liberties also reserves the right to change and manipulate the rules of the game…often while the ball is still in the air. It might choose, for instance, to introduce a brand new law, one fitted out with special, retro-active powers. Or it might elect to reinterpret an existing law, a rereading, one invariably in its own favor. Alternatively, it might chose to simply ignore a law, again and almost always in service of its own benefit.

Telling the truth might, depending on the circumstances, get you rewarded a hundred million bucks…or an indefinite detainment without daylight or trial.

Reveal to the public that the state murders unarmed journalists and opens fire on children from Apache helicopters, for example, and a brutal hell awaits you. Aid and abet the same state in its quest to confiscate private funds, knowing roughly one-fifth of government expenditures go to aforementioned military activity, and you may count your reward in the millions. So went the cases we examined in our “Tale of Two Whistleblowers” column back in September of last year.

Increasingly, this same legislatively schizophrenic state is choosing to reward incompetence and, when it is not busy punishing decency, ignore acts of wanton criminality.

Eric Fry pointed out as much in his column, “The Corzine-Dimon Syndrome”, first published in these pages back in May of 2012.

“To reward incompetent finance company CEOs with billion-dollar bailouts,” wrote Eric, “is to punish the employees and shareholders of the prudently operated finance companies that compete with the firms receiving bailouts.

When it comes to state-run justice, Fellow Reckoner, there’s no justice like “show” justice. Jon Corzine, Jamie Dimon and Bradleys Manning and Birkenfeld return in today’s installment of our Daily Reckoning Best of 2012 Series to help make this point.