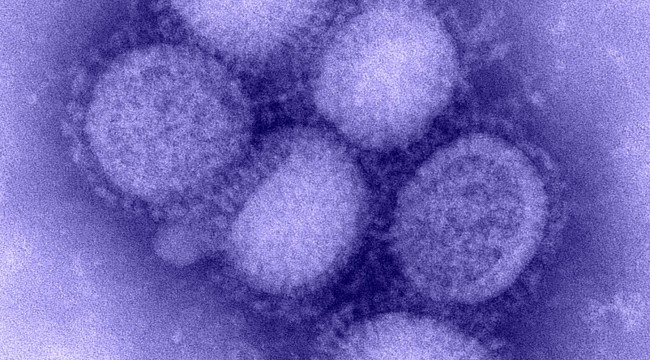 Contagion is Spreading Through the Markets

Look around. What’s happening is a stark reminder of the interconnectedness of markets, and the power of contagion. The emerging markets crisis of 2015 finally reached U.S. shores.

We are now living in the second age of globalization. The first age began in 1870 and ended in 1914. As is the case today, it was characterized by strong economic growth, technological innovation, and global financial linkages. That first age saw the invention of the telephone and airplane, and vast expansion of nascent networks of railroads and transoceanic shipping.

Bankers from the House of Morgan could sit in New York and distribute bonds for Argentina to their partners in London using new telephonic technology. The first age of globalization ended in ruin in 1914 with the outbreak of the First World War.

From 1914 to 1989, the world was disrupted and divided by a succession of disasters. We saw the First World War, The Great Depression, the Second World War, and the Cold War come one after the other. Over half the world’s population was suppressed by socialism in India, and communism in Russia and China.

The second age of globalization began in 1989 with the fall of the Berlin Wall, and has continued until today. Like the first age, this period has seen enormous technological innovation and deep financial integration. Today the inventions are the internet, derivatives and inexpensive jet travel. Still, some things never change. JPMorgan, the latest incarnation of the House of Morgan, sits in New York, distributing bonds for emerging markets to investors in London.

The great unknown is whether the second age of globalization will also come to ruin in a new catastrophe equivalent in disruptive power to the First World War. Time will tell. Yet, my dynamic systems analysis of globalization using complexity theory, and indications and warnings, says a catastrophic collapse is just a matter of time.

Only the exact time and the specific snowflake that starts the avalanche remain to be seen. This kind of systemic analysis is the primary tool we use to keep investors ahead of the catastrophe curve.

During the expansion and growth phase of the second age of globalization, from 1989 to 2007, commentators never ceased to emphasize the power of integration and interconnectedness. Supply chains from a Wal-Mart in Georgia to a factory in Guangzhou were tight as a drum. Banks bought bonds in one market, created derivatives and ETFs in another market, and sold them in a third. The concentration of bank assets in fewer and fewer hands has continued for decades without disruption from the 2007-2008 financial panic.

All of this was praised at the time as showing how savvy and efficient the world had become. In fact, it was just a replay of those commercial and financial conditions leading up to the catastrophic collapse of 1914. It was déjà vu all over again.

Beginning a few months ago, many Wall Street analysts assured us that China’s problems were China’s problems, and would not spread outward. They told us growth in the U.S. was solid, and that emerging market collapses in Russia, Brazil, China, Turkey, and elsewhere were due to local factors and conditions that would not impact the U.S.

This Wall Street advice was nonsense at the time and that nonsense is now seen for what it was. How could the world be closely linked during the expansion phase, yet somehow de-linked during a contraction? It can’t.

The global slowdown has now come home to roost in U.S. markets. This is something we’ve been warning you about for months. We’ve consistently said that U.S. growth was too weak to support an interest rate increase, and that Janet Yellen’s continual threats to raise rates were only adding to the weakness.

The result has been a super-strong dollar, emerging markets meltdown, and finally contagion back to the United States. The indications and warnings were plain to see.

This is not the first time that an emerging markets crisis has found its way to our shores. The same dynamic played out in 1997 and 1998. That crisis began in Thailand in June 1997 and very quickly spread to its neighbors in Indonesia and Malaysia.

That contagion spread to Korea by the fall of 1997. There were riots in Korea and Indonesia and blood in the streets – not the metaphorical blood financial analysts talk about, but real blood as money rioters confronted soldiers in the streets.

A quiet period followed in early 1998. It looked as if the panic had been “contained,” but it had not been. Financial distress erupted again in Russia in August 1998, which led straight to the collapse of hedge fund Long-Term Capital Management, (LTCM). (Editor’s Note: I was General Counsel of LTCM and negotiated the Fed-sponsored bailout by Wall Street in September 1998).

At the height of the LTCM panic, global markets were just hours away from a complete shutdown. Only a last-second $4 billion bailout, and two interest rates cuts by the Fed saved the day. The panic was over by October.

The point is that the time scale of global financial contagion is not necessarily limited to days or weeks. These panics can play out over months and years. What look like unconnected distant events are actually indications and warnings of something much more dangerous to come.

We are seeing this process again. What began as a slowdown in China has now spread to almost all emerging markets. Once again, currency “pegs” are being broken from China to Kazakhstan. Finally the U.S. market is being affected as investors dump risky assets such as stocks, and jump into more liquid assets such as money market funds, Treasury securities and bank deposits.

But there are two big differences between today and 1998. The first is that markets are much more densely linked. If 1998 was halftime in the globalization game, we are now late in the fourth quarter. The second difference is that the Fed has no room to cut interest rates as they did in 1998. The Fed blundered by not raising rates in 2010 and 2011 when they had the chance. Now investors must pay the price for that historic blunder.

Even in the most dire circumstances, there are ways to profit if investors understand the dynamic forces and avoid biased advice from Wall Street. The collapse of emerging markets has just begun.

P.S. Be sure to sign up for the Daily Reckoning to receive updates on the contagion that’s unfolding. It’s free and is delivered each afternoon the market’s open. Click here now to subscribe at no charge.