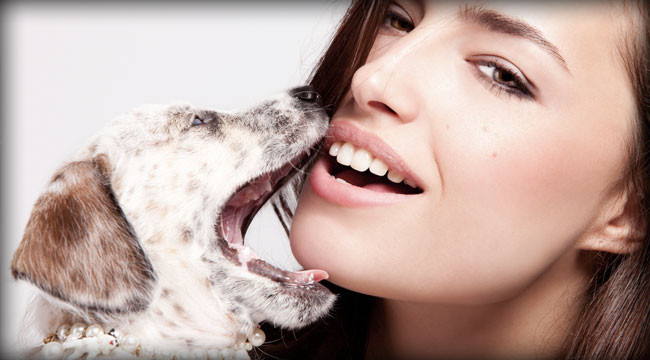 Stocks up. Gold down. Bitcoin…waaay up.

The S&P 500 busted through the 1,500 mark this morning. Stocks haven’t been this expensive since 2007…right before they got a whole lot cheaper…for a whole lot longer. Gold, meanwhile, dipped a tad. This, despite central bankers of the world goading it on, promising to dilute the value of their respective paper currencies against the Midas Metal. Befriend the dips.

And what about bitcoin? Wait…what is bitcoin??

Here is your misfit! Your champion of decentralized power… And with it, a price…determined by the free market you profess to adore.

Why, it’s a speculation, of course; a dark horse, beloved by anarchists, ne’er-do-wells and fringe-dwelling lunatics, the kind of people you wouldn’t invite over for tea with your mother-in-law. It is the fascination of the ill-adjusted, the oddly-mannered, the heterodoxical hedonist. Indeed, the very idea of bitcoin, a “decentralized, cyber-crypto currency,” has to it a ring of the unknown…of disruption, rebellion…perhaps even revolution…

In plain English, it’s not to be trusted by members of polite society. And these are just some of the reasons we like it so much!

Since we first disgraced these pages with mention of the wretched thing, bitcoin has quadrupled in price…then fallen through the floor…then risen once again, like a Phoenix, nurtured by the fertile ashes of doubt and skepticism.

On the subject of cyber currencies, pointy-headed professors remain predictably divided. Economists, too, are split down the middle.

Even the libertarian camp seems unsure of its “official” stance…

“Can we fairly consider bitcoin a money? Is it even real? Can we take it to be intellectually ‘valid.’”

What a pompous band of academic lickspittles! You who criticize the mainstream for their blind adherence to rigidly archaic principles. You who admonish the stuffy Ivy Leaguers for their brittle little theories, lacking in dynamism and ill-equipped to deal with the world as it is and as it changes. You who rage against the concentration of power, against the arrogance of control and the folly of central planning.

Well then…Here is your misfit! Your champion of decentralized power…your catalyst for democratic, horizontal information dissemination. And with it, a price…determined by the free market you profess to adore. Here, within your grasp, lies a spectacular failure…or else the agent of change for which you’ve long been waiting. Have you nothing to say but, “Yes…but does it satisfy Aristotle’s requirements of sound money?”

Ah, Phooey to you all!

We first brought you word of this underdog currency a couple of years back, shortly after it began making waves on Internet message boards. The premise seemed appealing. It was – and still is – a bet against the omniscience of central bankers. Demand for the currency rests, in no small part, on the continued arrogance of the Bernankes, Shirakawas, Kings, Stevens and Draghis of the world.

“The demand for a totally free market currency arose, naturally, out of the dismal state of the current monetary environment,” we wrote at the time, an environment “in which governments around the world systematically debase the value of their printed monies in order to pay for the various welfare-warfare states they promised but can’t possibly afford. The resulting inflation is sometimes referred to as a ‘sneaky tax,’ one that silently, insidiously infiltrates the marketplace, with each freshly-inked dollar compromising the value and integrity of each and every currency unit already in circulation.”

What, if anything, has changed in the two years since we penned those words? Has a single central banker admitted a single mistake? Has one been reprimanded for his gross negligence – be it criminal, cerebral or a combination of the two? Is one of them serving time behind bars…or on the rack…for his crimes against progress and human advancement?

Not a chance! Indeed, it is to those who caused the mess that a brain dead populace look for solutions! These are the men, mind you, who worked – actually labored – to keep alive companies that ought now to be decomposing in the tar pits of corporate failure, breaking down in order that other creative agents might one day unlock its idle energy and potential. The very presence of these individuals at the solution table is an offense to decency.

In the end, bitcoin is a bet on the other side of The State’s coin; the free market side. It’s a bet that voluntary trade will, in the end, overcome neanderthalic force and coercion. It’s a wager that the conversation currently underway in the shadowy “black” market is far more intriguing, far more complex, far more nuanced and exceedingly more interesting than the yip-yapping that distracts the undead, mainstream TV-consumer for an hour or so around feeding time every evening.

If bitcoin goes to its grave tomorrow – and it may well do so – it will be in service of precisely the point free market enthusiasts have been advocating all along: That it is not for a committee to determine the price of a good (including money itself)…or for a state or a central agency or a law or an edict.

That is for the market to decide. Today, that market says a bitcoin is worth $19. Tomorrow, maybe 19 cents…or $19k. No one body knows…and that’s exactly the point.

Ed. Note: Joel’s been following this cyber-crypto currency for years now, and his insight has given readers plenty to think about. This kind of analysis, especially as regards fringey little Interent currencies, is just what you’ll find in the FREE Laissez Faire Today email edition – a daily newsletter devoted to providing the most in-depth analysis on the topics of liberty, freedom and politics the world has to offer. Don’t wait. Sign up for FREE, right here.