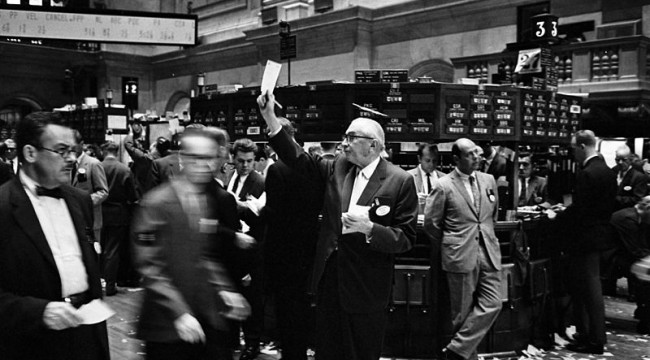 “Another term we adopted to describe some of our problems was ‘glitch,’” said astronaut John Glenn in the book Into Orbit — a 1962 account of the first U.S. human spaceflights. (He’s still alive, by the way — turns 94 in a few days.)

The American Heritage Dictionary website says this is “one of the two earliest known appearances of the word glitch” — derived “probably” from the Yiddish glitsh, a slip or lapse.

Whatever the origins, both print and electronic media latched onto the word to explain what prompted the New York Stock Exchange to shut down for nearly four hours yesterday. 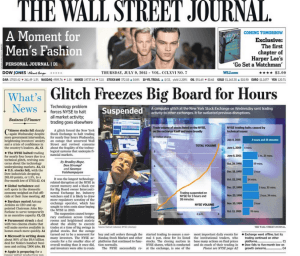 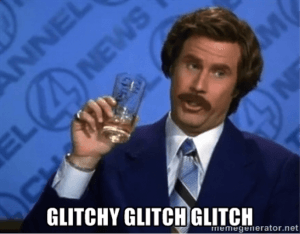 “The root cause was determined to be a configuration issue,” says NYSE president Thomas Farley. The Wall Street Journal elaborates, “It was a problem in the way computers at the NYSE data center were communicating with one another.”

Say this much: The NYSE has been more forthcoming than the Nasdaq was when it went dark for three hours on Aug. 22, 2013 — a “glitch” that’s still gone unexplained.

The Department of Homeland Security, meanwhile, was quick to declare it found no evidence of a cyberattack.

Not everyone buys that: “Misery loves company,” writes one of our readers, seeing a link with China’s stock market crash: “‘Hey, USA, our market tanks, so we blame it on you, and hack the crap out of you.’ NYSE and United Airlines the same morning, and Homeland Security says there’s nothing to it? Yea, right.”

We understand the sentiment: Whatever the government says, believe the opposite.

Only a week ago, the FBI and Homeland Security were telling us to quake in our boots because ISIS might attack your local Independence Day parade. We noticed many otherwise-intelligent people in the patriot/prepper community taking the feds seriously.

Never mind that “some 15 major terror alerts or warnings have been issued since the attacks on New York and Washington, and none of these has ever been followed by a terrorist attack, or even some kind of plot that was broken up,” says CNN terrorism expert Peter Bergen. A separate count by the group Fairness and Accuracy in Reporting reveals a far worse record of 0 for 40.

Government has a keen interest in keeping us petrified about terrorists lurking around every corner.

It also has a keen interest in convincing us everything in the stock market is hunky-dory.

Which doesn’t make the official story false, we hasten to add…