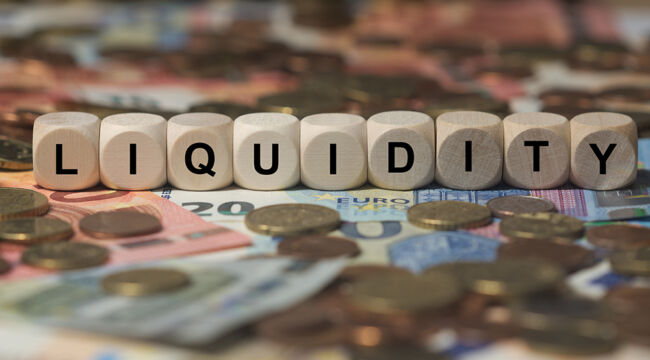 The red flag came down on Wall Street today… and the green flag went running up the pole.

But today, recovery is back on its legs — evidently.

The numbers are with them.

Over 200 fund managers gave out their market sentiments. These sentiments ran to bullish extremes.

The survey tallied the second-most bullish reading on record… second only to the 2011 survey… when quantitative easing was raging.

Today’s sentiment is 2011’s sentiment — these fund managers know the Federal Reserve is with them.

We hazard their financial genius rises and falls with the Federal Reserve’s balance sheet.

These days they are a gang of Einsteins.

The amount of liquidity pumped into the markets and the economy in the last year dwarfs anything we’ve seen in history… the amount money pumped into markets is simply unfathomable… In the U.S. alone 55% of GDP, $12.3 trillion in just 13 months. There is no precedence for this. None.

To full grasp the enormity of the cumulative size of the most recent intervention amounts… for $12.3 trillion the total actually comes to $37,500 for every man, woman and child in the U.S. (population 328M). That’s how much was just injected into the economy and financial markets over the past 13 months.

And so fear has given way… the bears are giving up… and the crowd is giving in.

The middle class has finally surrendered the last of its rational risk-aversion and gone all-in on bets in the Fed’s rigged casino.

Record inflows into equities is evidence that the middle class has been suckered into the Fed’s rigged casino. Why lose money every day in savings and money market accounts when newbie punters are raking in $250,000 a month playing options on Gamestop?

More evidence that the middle class has gone all-in is the unprecedented highs in margin debt.

The Trap Is Set

As we have claimed before:

We sense it has set its trap.

When the trap snaps shut, we do not pretend to know. But the bait is out.

Charles makes mention of margin debt. Margin debt has ballooned 49% this past year — to a record $814 billion.

But our agents whisper that the actual figure may run into the trillions.

That is because financial institutions conceal their margin debt in a bewildering maze of mirrors, throwing regulators off the chase.

Details are somewhat dim. But we would not be one whit surprised if margin debt does run to trillions.

If the market takes a true licking… and the margin calls go out… the phones will ring for a long, long time.

Is the market in for a licking?

It is the “vice versa” that steals our attention today.

This Sell Side Indicator is one tick away from blaring a “sell” siren.

Not since the onset of the Great Financial Crisis has the sell warning wailed louder.

BoA does not forecast a market calamity within the next year. But it warns that returns could disappoint terribly.

The market is presently “priced for perfection.”

It goes along under the impression that the economy will rage, that corporate earnings will soar, that today’s obscene valuations are justified.

Each is a fantastic assumption.

This market, this economy, cannot push along without heroic efforts by the Federal Reserve.

Or perhaps they could — we are not permitted to learn one way or the next.

We do not believe they can. But the Federal Reserve cannot keep going at the present delirious rate.

The liquidity flood cannot keep surging. There arrives a point when the waters must level. That point may be near, argues the aforesaid Sven Henrich:

Markets and the economy will soon have to contend with a new concept and that is: Relative tightening. No, not in the form of Fed tapering or rate increases. Those won’t happen no matter what the data says, central banks have already made that clear. To even discuss it would cause havoc in financial markets.

What, then, is relative tightening?

The Loosest Financial Conditions Ever Will Tighten

Relative tightening is going to occur no matter what happens as the amount of liquidity having been injected won’t be repeated. The fiscal and political appetites won’t permit it. And while we may still see an infrastructure bill in some form this year everything that happens will be incrementally less… the loosest financial conditions ever won’t remain so, and that markets soaked with peak liquidity will have to contend with relative tightening at a point where expectations, valuations, margin debt and optimism have never been higher leaving room for major reversion risk.

This entire market is so vertically bloated with excess across all asset classes and filled with speculative frenzy, I see it as incredibly dangerous, and this relentless drift higher in recent weeks and artificially produced calm could make way to something very sinister at some point. Nobody will ring a bell at a top and I certainly will not aim to make such a folly attempt, but… something is brewing… It’s been my contention that they’ve totally overdone it on the intervention front and as a result we’re staring at the largest asset bubble ever.

A Tiger by the Tail

And so the Federal Reserve has a tiger by the tail.

If it holds on, the largest asset bubble ever becomes an even larger asset bubble. It will feed the tiger’s already vast appetite.

If it lets go, the rampaging cat tears through Wall Street — then through Main Street.

We are convinced the Federal Reserve will cling to the tail. That is, it will continue to inflate the largest asset bubble in history.

We are equally convinced the tiger will break free one day… and that it will be more ravenous than ever.

If there is justice, its initial meal will be the fellow presently holding its tail.