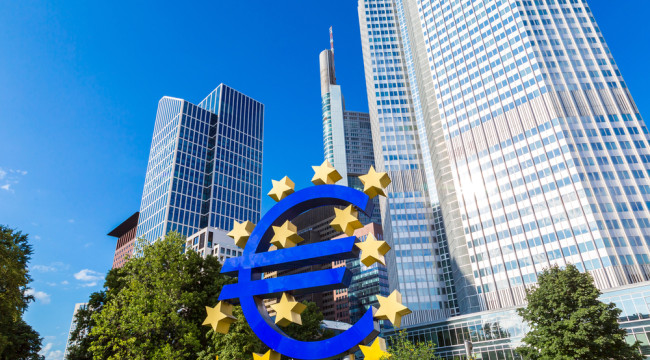 Your Investments Hinge on the Next Seven Days

Fortunes will be made or lost in seven days based on the actions of just two individuals.

Tomorrow, March 10, the Governing Council of the European Central Bank (ECB), led by Mario Draghi, will meet in Frankfurt, Germany. The ECB is meeting to decide whether to make its negative interest rates even more negative, and whether to expand the eurozone version of quantitative easing (QE).

Less than a week later, next Wednesday, March 16, the Federal Open Market Committee (FOMC) of the Federal Reserve System, led by Janet Yellen, will meet in Washington, D.C. The FOMC is meeting to decide whether to raise interest rates again after the “liftoff” in interest rates last December.

Mario Draghi and Janet Yellen are dominant leaders of their respective central banks, the ECB and the Fed. If they have a definite view of where they want to take monetary policy, they will certainly be able to convince enough of the fellow governors and committee members to go along.

The problem now is that there is no definite view. In both Europe and the U.S., recession signs are everywhere, but there are also pockets of strength. Deflation is a genuine concern, yet there are early signs of inflation.

Central bankers are making things up as they go along. The truth is they’re just as confused as you are about what to do and what the impact of their policies will be.

Evidence is beginning to accumulate that negative interest rates produce the opposite effect that central bankers intend. The effectiveness of QE is also being called into question by recent academic research.

Yellen may want to raise rates so she has some ammunition to fight a future recession. But by raising rates, she may actually cause the recession she fears.

In short, the economic signals are mixed, the policy choices are uncertain and both Draghi and Yellen will probably go right down to the wire before making up their minds.

This is the most dangerous possible environment for you. Momentous decisions from the two most powerful central bankers in the world are coming in a matter of days. If these decisions vary from market expectations, they could cause meltdowns for equities, rallies for bonds and wild swings in currency cross rates.

We have the tools to analyze these decisions, but even the best tools are challenged when the policymakers themselves haven’t made up their minds. That’s the situation we face right now.

In my premium research service, Intelligence Triggers, my primary analytic tool is called Bayes’ Theorem. The mathematical formula for it looks like this:

In plain English, this formula says that by updating our initial understanding through unbiased new information, we improve our understanding.

The left side of the equation is our estimate of the probability of an event happening.

Because today’s evidence points in both directions, we are much closer to a 50/50 probability than some other central bank policy changes we have seen.

The way to deal with close calls is to use scenario analysis to cover all the bases and make sure we’re not blindsided. This is what we do at the CIA and other branches of the intelligence community. Let’s go through the scenarios:

When the Fed is on a tightening path (which they started in December) and then decides not to raise rates, that’s effectively a form of ease.

So in this scenario, both the ECB and the Fed resort to different forms of ease. This could give equities a lift (indeed, U.S. equities have already been rallying based on expectations that Scenario 1 will come to pass). The EUR/USD cross-rate would be relatively unchanged (at about $1.09), since both central banks are easing and playing to expectations.

The Atlanta Fed GDP “nowcast” is showing projected U.S. GDP growth of 2.2% in the first quarter of 2016. That’s still below long-term trend growth, but it’s in line with average growth since 2009. It’s also a substantial improvement over the fourth quarter of 2015 and full-year 2015.

Yellen is using Phillips curve models that tell her tight labor markets will produce inflation sooner than later. She does not want to get behind the curve in fighting inflation.

In this scenario, U.S. equities will see a sharp sell-off as they quickly reprice from expectations of no rate hike to an actual hike. The dollar will strengthen relative to the euro, which may retest its 2015 lows of $1.05.

Scenario 3: In this scenario, it’s Draghi who shocks the markets. There is some reason to believe that Draghi will not cut interest rates further.

Negative rates were meant to stimulate spending by consumers and lending by banks. Why keep your money in the bank if the banks are just going to take some of it away as “negative” interest? Conventional wisdom was that negative rates would stimulate lending and spending instead of more savings. This would produce the inflation that central banks desperately want.

But the opposite may be true. Negative interest rates send a signal that deflation is the clear and present danger. In deflation, cash becomes more valuable, even after negative interest is deducted. Also, prices fall, which makes it smart to wait before making purchases. Finally, with negative yields, investors have to save even more to meet their retirement goals.

For all of these reasons, Draghi may take a pass on cutting rates. If Draghi and Yellen both stand pat on rates, look for the euro to strengthen, possibly to the $1.15 level. Also look for European equities to sink, and for U.S. equities to rally on a weaker dollar.

Scenario 4: Finally, we could have a scenario where Draghi does not cut rates and Yellen raises rates (both for reasons described above).

This “double tightening” is the worst of all possible worlds for global equities. It also means that the emerging-market capital flight will resume and the “risk off” mentality will dominate the actions of U.S. market participants. That’s good for investors in government bonds.

Our scenario analysis is made even more difficult by the fact that Yellen and Draghi are close personal friends and may spend part of the next few days on the phone trying to coordinate their actions.

Yellen might throw Draghi a lifeline by raising rates if Draghi chooses the path of not cutting them. That leaves the strong dollar/weak euro dynamic intact. The weak euro gives Draghi the ease he needs even without lower rates.

Our indicators are showing some close calls among these four scenarios.

With this much uncertainty in the air in such a short period of time, what’s the best move for you?

The answer is to take advantage of the uncertainty by going long volatility. That’s what buying options does for you. When you own an option, you own the volatility. Since volatility is systematically underpriced due to flaws in options pricing models, buying options is a good strategy in highly uncertain times.

Another answer is to pursue a strategy that performs well regardless of the scenario that comes to pass. Betting on a decline in the retail sector fills the bill.

If Draghi or Yellen eases, that means they are worried about deflation. As we explained, deflation means consumers put off purchases until prices come down. That’s disastrous for retail.

Conversely, if Draghi or Yellen tighten (because of misplaced inflation fears), that will simply accelerate the recessionary forces gathering on both sides of the Atlantic. Increasing the odds of recession is another setback for the retail sector.

So the ideal trade is to bet against the retail sector. See here for my preferred method. That way, you benefit from volatility, and you benefit from easing (because of deflation fears) and tightening (because it hastens the recession).  You’re covered in every scenario.