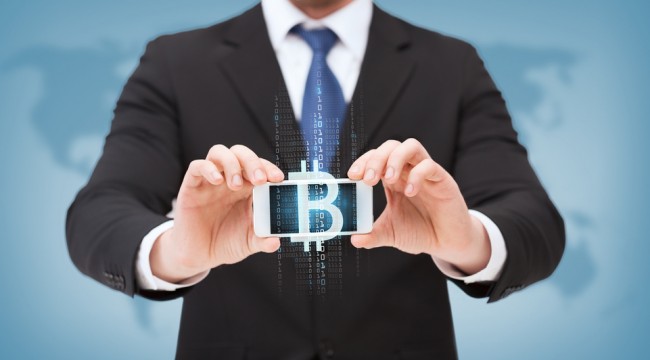 Witness the Birth of a New and Better Currency

Finally, Apple has relented. It will start accepting Bitcoin trading apps on the iPhone and iPad. They once did, but then backed off, leaving users stranded for a year. Faced with user revolt and intensifying sense that Bitcoin is here to say, Apple reverted to its previous policy of tolerance.

What’s with the schizo behavior? It’s what every new and gigantic innovation faces. The ebb and flow between skepticism and embrace doesn’t stop until it is mainstreamed.

This news comes only days after the announcement that Expedia is now accepting Bitcoin payments. Kings College is doing the same. Musician 50 Cent is selling his new album with Bitcoin. PayPal keeps making positive statements, and, regardless, Bitcoin volume could surpass PayPal later this year. eBay has already added a section that allows Bitcoin trading.

Every day, the news gets more favorable toward developments in cryptocurrency. It wasn’t long ago when every price dip generated a flurry of “Bitcoin Is Dead” articles. Today the hysteria is dying down, as people have become used to the process of price discovery.

We weren’t there in the 19th century to watch railroads go from an idea to a world-transforming reality. We didn’t experience how the light bulb gradually moved from laboratory to lighting up the world.

We were not alive to see flight move from the first experiments to global commercial travel. It would have been amazing to track the progress over time of internal combustion, steel, the radio, or, to go back far in time, printing itself. But we don’t have that luxury.

What we are truly privileged to watch in our time are the advances of cryptocurrency and Bitcoin in particular.

For hundreds of years, it has been assumed that money comes from government and a social consensus. It takes powerful planners to make it, secure it, manage it. Governments and the banking establishments they protect have been in charge and only a few bothered to question the idea. Those who did and attempted private coinage were shut down.

Then came Bitcoin. It began as a white paper distributed in 2008, right in the midst of a global financial crisis. It was a proposal for a new currency rooted in a payment system. That payment system would live on a distributed network, with copies all over the world. It would be managed by incentivized users, so that no one in particular would be in charge. There was no central point of failure so it was not easy to crush.

The promise is the reinvention of money itself. And with that comes a payment system that is so much better than any alternatives that it is capable of breaking down the network tied to national monies. It is faster, cheaper, more secure, and more universal since using Bitcoin requires no banks or credit checks and requires no third-party trust.

That’s remarkable. And by watching it happen — we are only in the earliest stages — we can gain a glimpse into how technology enters into our world.

The promise is the reinvention of money itself. And with that comes a payment system that is so much better than any alternatives…

Every day I look at Bitcoin news. I used to think, “Wow, this is a big day for Bitcoin.”

Now I realize that there is no big day for Bitcoin; there is a long march of small steps in the direction where it appears to be headed. No one adoption is the key. No one improvement in the protocol is going to make it finally happen. It has to go through a process that includes small steps toward commercial adoption, the building of a producer-side infrastructure, and a slowly dawning public consciousness.

There is no real shortcut to this process. We Bitcoiners think we know where the market is headed. It gets frustrating for us that it is not there already. But if you think about it, we are only 5 years into this process, and the progress is actually amazing.

There are no shortcuts to the gradual development of commercial infrastructure, the improvement of the technology, the trial and error that comes with pushing out the boundaries and experimenting with new applications. And with that comes all the foibles of new technology, including fraudsters, hucksters, pump and dumps, and unexpected technological failings.

The critics of Bitcoin seem to have this expectation that all things should be perfect now or else the technology is ridiculous and has no future. Why do we think this way? Probably because we are born into this world surrounded by tools that have already gone through the process of adoption. We were not there when trains crashed off bridges, when stockjobbers stole money from railroad stocks, when houses when up in flames from early electric fires, when plane crashes were routine.

So much of what makes our lives wonderful today consist of technologies that were long ago put to the test. We come to expect all things to work perfectly, and for all things that are valuable to be adopted on a mass level.

We are also ridiculously spoiled. In our fast-paced age, we’ve come to expect new and better versions of everything every few months. We have hyper intolerance toward any backstepping in progress. There would be some kind of revolution if the law suddenly made us all revert to iPhone 1.0, Windows 2000, or the world in which 4 out 5 spam emails landed in our inbox. Whatever progress is already here, we tend to regard as a human right.

This makes us less tolerant toward the very messy process that is inherent in every technological advance.

I remember so well when the iPhone 5 came out, there was a slight problem with how it would drop calls periodically. Congress called hearings. It was a disgrace. Congress never invented anything, and most of those birds know nothing about the outrageous risks associated with enterprise. They don’t even know about taking responsibility for their own legislative actions, which routinely fail and no one pays a price.

Instead regretting the slow steps and missteps in the Bitcoin world, let celebrate the opportunity to watch in real time the birth of a new currency and payment system for the world. And with that, we can learn how the world progresses: through wild leaps into the unknown, with every power of the world aligned against that progress that somehow, incredibly, comes about anyway.

Ed. Note: Just because you didn’t get in on Bitcoin early doesn’t mean you can’t benefit from the new currency. And if you were a subscriber to Laissez Faire Today, you’d learn about a new way to use the digital money to hide, protect, and grow your wealth. Click here to sign up for the Laissez Faire Today email edition, for FREE, today.

“Crypto has a bright future. But bitcoin doesn’t”…