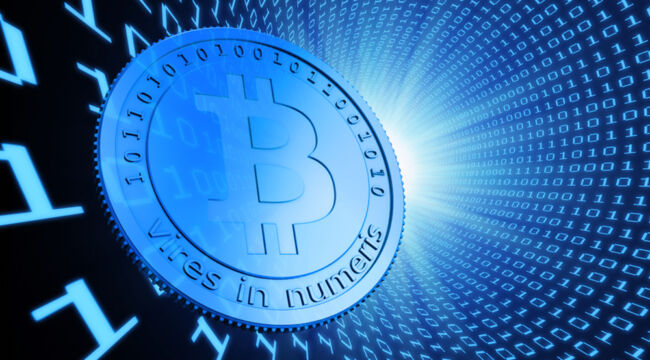 I’m not some technophobe who doesn’t understand cryptocurrencies. I know them very well. I’ve been studying cryptos since before many of their current owners even heard of Bitcoin. I actually worked with the intelligence community years ago to counter ISIS’s use of cryptocurrencies to bypass the international monetary system.

I can tell you that as an asset, Bitcoin has very little to offer outside of speculation. It still has no practical use, except for gambling by speculators or the conduct of transactions by terrorists, tax evaders, scam artists and other denizens of the dark web. Bitcoin is also unsustainable due to extreme demands for electricity in the computer “mining” process.

Bitcoin has no future as “money” because the supply of Bitcoin cannot grow beyond a preset amount, which makes Bitcoin inherently deflationary and unsuitable for credit creation, the real source of any system of money.

Furthermore, Bitcoin has been subject to continual price manipulation by miners through wash sales, front-running, ramping and other tried-and-true techniques for price manipulation. The Bitcoin infrastructure has been plagued with hacking, fraud, bankruptcy and coin theft measured in the billions of dollars.

What is Bitcoin’s intrinsic worth?

It actually serves no purpose to assess Bitcoin based on “intrinsic value.” Bitcoin has no intrinsic value, and neither does any other form of money, including dollars or gold. Intrinsic value is an obsolete economic theory that was abandoned by economists in 1871. The phrase “intrinsic value” is bandied about frequently, but it is of no use in valuing Bitcoin.

A few years ago, JPMorgan Chase tried to break it down by examining Bitcoin as a commodity.

To arrive at its worth, JPMorgan Chase estimated the cost of producing each individual Bitcoin by looking at factors such as electrical costs, computational power and energy efficiency.

When they crunched the numbers, what number did they come up with?

JPMorgan Chase estimated the value of Bitcoin at around $2,400. Let’s assume for now that is an accurate or reasonable approximation that still applies. Then what can you say about $50,000 Bitcoin?

Has anything fundamental changed? Not really.

Of course, Bitcoin cheerleaders cite this or that reasons why its meteoric run-up to current levels is justified.

But there’s nothing to analyze Bitcoin except the price itself. When you look at analysis applied to stocks, bonds, commodities, foreign exchange or other tradable goods, there’s an underlying asset or story embedded in the price.

Bitcoin doesn’t reflect corporate assets, national economic strength, terms of trade, energy demand or any of the myriad factors by which other asset prices are judged. Normal analysis is meaningless when the price itself is meaningless in relation to any goods, services, assets or other claims.

Technical analysis can help clarify where the price has been and help with relative value analysis, but its predictive analytic value is low (except to the extent the technical analysis itself produces self-fulfilling prophecies through herd behavior).

Meanwhile, frauds and hacks continue to be revealed on a regular basis. It’s business as usual in the Bitcoin space. Mature cryptocurrencies such as Bitcoin have shown their inherent limitations and non-sustainability. These cryptocurrencies all have major flaws in terms of investor safety and ease of use.

Another relevant fact is that the Bitcoin price has been the target of rampant manipulation by miners in recent years. Bitcoin miners have rising costs of production due to the increasing complexity of the math problems that must be solved to validate a new block on the blockchain.

Miners have huge incentives to pump-up prices, both to cover costs of production and to create demand for undistributed coins. These price ramps are conducted through wash sales, “painting the tape,” joint action, low volume price pumps, and other classic manipulations.

The evidence is strong that this kind of activity has taken place in the past and there is no reason to believe it is not taking place now. As mentioned above, JP Morgan & Chase have estimated Bitcoin’s value at about $2,400.

The last potential contributor to the Bitcoin price spike is simple speculation. Bitcoin buyers who missed their chance to reap fortunes when the price went to $20,000 have seen another chance to ride a wave of much higher prices.

But nothing fundamental has really changed about Bitcoin. A use case for Bitcoin has yet to emerge (and probably never will). Bitcoin is still unsuitable as an investment. Count me out.

When the next financial panic happens, probably soon, will the global demand for liquidity force holders to sell Bitcoin to meet their debts and margin calls?

If so, will all of that forced selling and demand for liquidity cause the price of Bitcoin to collapse if it hasn’t already collapsed due to the normal bubble dynamics?

My estimate is that Bitcoin will suffer in a liquidity crunch as investors sell all forms of assets, including Bitcoin, for more liquid forms of money that governments and creditors are prepared to accept. A 75% or greater collapse in the dollar price of Bitcoin, therefore, seems likely.

But just because I don’t believe in Bitcoin doesn’t mean I reject cryptocurrencies or the blockchain technology behind them.

A second wave or new generation of cryptocurrencies has emerged with better governance models, more security, and vastly improved ease of use. These newer coins represent the future of cryptocurrency technology. These cryptos have much greater potential to disrupt and disintermediate established payments systems, and financial intermediaries such as banks, brokers and exchanges.

The potential value of these new wave cryptos can be measured by the current franchise value of the institutions that will be disrupted.

If these cryptocurrencies can disintermediate centralized financial behemoths like Citibank and the New York Stock Exchange, their value can be measured in the trillions of dollars. The blockchain is growing up and new tokens and use cases are emerging all the time.

Crypto has a bright future. But Bitcoin doesn’t.