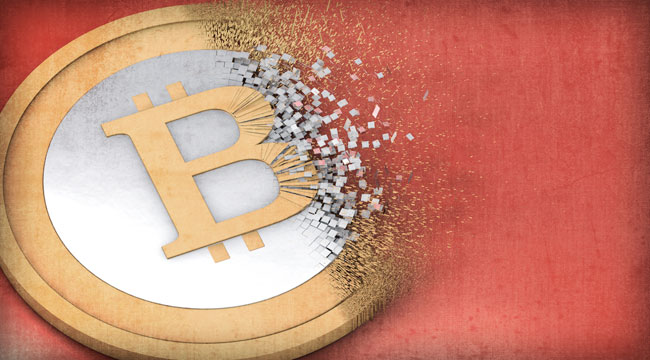 Why the Bitcoin Fad Won't Fade Away

I’ve only been embedded in the world of Bitcoin about 15 months, but I feel like an old hand at this, anticipating every wave of frenzy followed by boredom followed by frenzy. It’s all about the price, which, as any old hand will tell you, is actually completely beside the point.

As a payment system, Bitcoin is on the march. As a money, it’s the same, with ever wider adoptions and use. These features of the protocol would exist regardless of its dollar exchange rate. Whether that rate is 10 cents a Bitcoin or 10 million dollars has absolutely nothing to do with its functionality as a peer-to-peer system for facilitating global exchange.

And yet, it’s the exchange rate — or what people call the price — that drives public attention. This is because people tend to think of Bitcoin like a stock, even though it is not owned by a company and represents no shares in anything. This is the only model people really have in their heads.

The notion of a distributed network issuing a ledger-based value token is just a bit too abstract. How lovely it would be if people really felt engaged by these technologies that are changing the world! Alas, what fires the human imagination is the prospect of gain. And for this reason, public attention rises and falls based on whether the exchange rate is rising or falling.

For the past three months, for example, my commissions for articles, requests for interviews, and conversations on Bitcoin have been slow. When the price is falling, interest lags. Never mind what that price is. That doesn’t matter. It’s the trendline that rivets the mind.

When the price moved from $12 to $30 in early 2013, there was minor hysteria. People were screaming at each other over whether this was or was not a bubble. Then a few months later, the price reach $240 and prompting fell to $80. Bitcoin was declared dead as Marley’s Ghost.

Never mind that it was then more than twice as high as the previous high. You might think people would be in fits of wonder at the performance. The opposite was true. The human mass mind is forever enticed by illusion and seemingly incapable to juggling more than one fact at a time, especially if the salient fact is more than a month old.

So let’s fast forward in time to the end of the year, when the exchange rate soared to $1,250 per Bitcoin. Now, if you think about it, a rate like this makes the spring run up look nearly irrelevant. It makes you realize that every ounce of human energy expended on hopped-up commentary back eight months earlier was nearly pointless. But we never learn, apparently.

The frenzied hysteria started all over again, and, sure enough, the crash followed again, this time more slowly than before. It was a long and gradual walk down the stairs until the price hit $380. This was considered very “low,” but why? This was far higher than the April hysteria that had brought Bitcoin to $240. It is only low as compared to the previous high.

…the real merit of Bitcoin…has nothing whatever to do with the price.

And as I write, there is another cycle of the same. We moved very rapidly from $380 up again to the $650 range, and there is a good reason to be confident of its future above its previous high, no doubt to be followed by another downward correction above the previous high, at which point public opinion will again declare Bitcoin to be catastrophically dead.

You watch enough of this and it just becomes amusing. You see why old-hand users detached themselves from all this frenzy? It’s silly. And it has nothing whatever to the long-term prospect of this remarkable innovation that permits peer-to-peer economic contact — a real trade of digital property valued as a medium of exchange — between any two individuals in the world with an Internet connection, without using a third-party agency holding your identity and entering into a trust relationship.

This is the real merit of Bitcoin, and it has nothing whatever to do with the price. But it took me time to figure this out, as it does everyone. Hysterias are very difficult to avoid in the moment. But that is what savvy holders do. They grow up and finally get it. It’s technology. That’s its beauty. That’s its promise.

Yes, Bitcoin enters into our life through markets and human decision making, the combination of which is endlessly fascinating, messy, risky, and yet always improving through fits and starts. There is no getting around the instability of life and every epic change in the tools we use illustrate this.

But here is what interests me. For years, I’ve heard about the tendency of people to buy high and sell low, despite the very obvious better choice of buying low and selling high. Why are people drawn to doing the wrong thing time after time? Yes, there is uncertainty and no one knows at any particular instant what is high and what is low. But there’s an even deeper mystery here: the puzzle of why people are inexorably drawn to doing the opposite of what is wise.

The relationship between the price of Bitcoin and the waves of public interest illustrate why this happens. When it falls, there are a few headlines, insanely exaggerated, about its sad and pathetic fate. Then silence falls. It remains. The price fades from view. It’s still there but there is no constant prattle about it. It’s just not interesting. Boredom ensues until the point where it just vanishes from public awareness completely.

Then one day Bitcoin wakes up. The forums come alive. The blogs fire up. The news stories appear. The broadcast journalists call. People are on the air. The editorial writers get into it. Every commentator starts writing about it again (witness this article!). Then people suddenly remember: Bitcoin!!! Then people start kicking themselves: why didn’t I buy? They swear that they won’t make this same mistake again. But they delay buying. It rises and rises. After a while, people start to feel like idiots. Not being able to stand it one more second, people move in. Buy buy buy!!!

Then of course the crash happens again. So it goes. We are all oddly manipulated by these waves of opinion whether we know it or not. Except that there are some people who are different. They don’t follow the crowd. While everyone else is asleep and bored of non-performing asset, they are buying it up systematically. Then when the frenzy starts all over again, they are quietly selling the asset.

People who act when others sleep make money. Those who sleep while others freak out do not lose money. That’s the driving demographic of speculative markets. Extrapolate from what happens to Bitcoin to the entire financial sector and you begin to see why it is that people so often lose from speculation. It’s not a problem with the sector as such; it is a problem with our minds and our tendency to be buffeted about by artifice.

I’ll end this article by pointing out that now that this price is marching up again, I’m more than available for interviews on this topic. But I would much rather people care after the next price dip followed by boring months of stability. Bitcoin is about the long term, not temporary manias.

P.S. Every crash leaves the price of Bitcoin at a price greater than the previous high. Yet the people on the TV and the financial experts in the papers will tell you it’s a fad currency. Just because they control the news cycle doesn’t mean they can control the facts. If people decide to buy and own the digital currency against popular pundit opinion, that’s all that matters.

We released our Bitcoin report over a year ago. In it we told you the best ways to buy, store, and use the currency. Before it was a primer on how to get into the market. Now you can think of it as your guide on the next global exchange system. To discover how you can grab a free copy of this report for yourself – which also includes 101 ways to live a happier, healthier and wealthier life than you ever imagined – sign up for the FREE Laissez Faire Today email edition, right here.