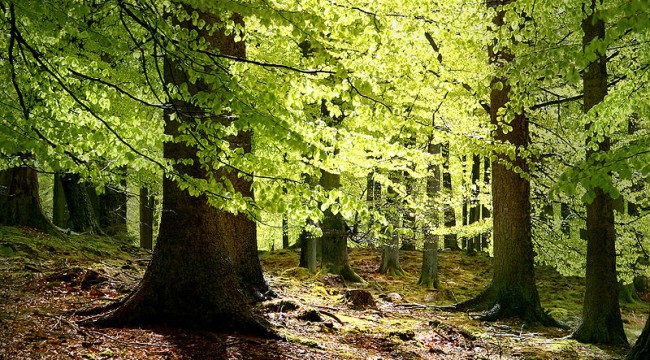 Why Everyone Is Wrong About Low Interest Rates

VANCOUVER, Canada – Hillary is taking the bull by the horns… and putting the knife between her teeth.

She is a “take-charge” candidate and aims to let us know.

Yes, earlier his week, she promised to improve capitalism. Now, it’s the climate of planet Earth that has her attention. She’s going to make it better by decreasing carbon emissions – by force, of course.

Next week, presumably, she will vanquish death itself.

But let us turn to the markets. Last night as the sun set, things were looking up. From Bloomberg:

U.S. stocks rose, ending their longest losing streak since January, amid better-than-forecast earnings and as Chinese equities pulled back from a selloff.

Whether the rebound continues… or collapses altogether… we wait to find out.

Unlike Ms. Clinton, we are a slave to God and to the markets; we are not their master.

As we reported yesterday, Hillary also wants to punish investors who don’t hold on to their positions for long enough. She never mentioned that meddlers like herself largely caused the problem of “short-termism” in the stock market.

In a free economy, people choose how long to hold on to their stocks, according to what suits them.

Some are investing for generations. Some are retiring soon. Some are traders, looking to profit from short-term moves in the market.

But 19th-century Swedish economist Knut Wicksell explained that when you push lending rates below their “natural rate” – the rate determined by the return on capital – you get distortions.

People can simply borrow as much as they can at a low interest rate and plow it into anything with a higher yield.

They can eschew, in other words, the hard work of building capital and learning new businesses. Long-term capital formation and long-term projects give way to the kind of “short-termism” Hillary is so keen to be seen combatting.

Nor did Ms. Clinton mention the supposed damage that she and her fellow meddlers have done to poor planet Earth.

This only comes up because we were talking to a nice woman at the Sprott-Stansberry Natural Resource Symposium here in Vancouver yesterday.

The subject was technology – information technology, to be precise.

“In your latest book, Hormegeddon, you suggest that the Internet really hasn’t contributed much to the economy,” she said, setting us up.

“In fact, it seems to have changed everything. As Tesla founder Elon Musk says, ‘It has given the world a kind of nervous system, allowing for an instant exchange of information all over the planet.’”

“That may be,” we replied. “But the context we were talking about was economic growth. The kind of growth you need to pay back your loans. And the Internet seems to have suppressed economic growth, not boosted it.”

“But… you don’t think that economic growth is all there is, do you?”

We went on to explain that economists could only measure quantity, not quality. So quantity is all they care about. Naturally, they want more of it.

They know only the price of the stuff the economy produces and sells.

If the GDP – that is to say the monetary value of all the finished goods and services produced within the U.S. – falls, the economists who run the Fed urge immediate rate cuts to get the assembly lines and checkout counters busy again.

Normally, the amount of stuff you can buy is limited by how much money you earn.

But when you make EZ money available, the amount of stuff you can afford goes way up (over the short term, at least).

And each additional increment of stuff produces more CO2, which is what has given environmentalists – including Hillary – the heebie-jeebies.

We don’t know whether carbon dioxide is killing the planet. But if it is, as many scientists claim, Hillary has no one to blame but herself.

She and her cronies created a corrupt and insatiable economy, pumped up high on cheap credit.

The post-1971 phony dollar (not limited by gold)… plus the Fed’s slashing of banks’ reserve requirements to essentially meaningless levels… allows for an unlimited amount of credit, provided banks are deemed solvent by the regulators.

(Once upon a time, banks had to hold liquid reserves to ensure they had sufficient cash to repay their customers’ deposits on demand.

But by the turn of the new millennium, reserve requirements were so low, they no longer played a role in constraining credit creation.)

This allowed for an almost unlimited amount of stuff. Factories in China ran hot trying to keep up with U.S. consumer demand.

If credit had been kept to the ratio of GDP that prevailed before the “funny money” system began, China would have fewer smokestacks. And the U.S. would be an $8-trillion economy, not an $18-trillion one.

That’s trillions of dollars worth of stuff that would never have been made, shipped, or used, this year alone. And since the 1970s, that represents the equivalent of about 9 trillion gallons of gasoline that never would have been burned!

But wouldn’t that mean we’d all be poorer?

Going back to my conversation in Vancouver, the Internet doesn’t seem to do much for stuff… but it does increase quality.

We can now easily find out how to do things. We can check our restaurants and hotels before we go to them.

We can learn things… read things… see things that we couldn’t before.

The Internet spares our most precious resource: time. You can use it to get where you want – by the shortest, most economical route.

You can use it to find information that would have otherwise required a trip to the public library. You can order STUFF, too – saving the trouble and expense of a trip to the mall.

Most of these activities are probably time-wasters. But they are energy-savers.