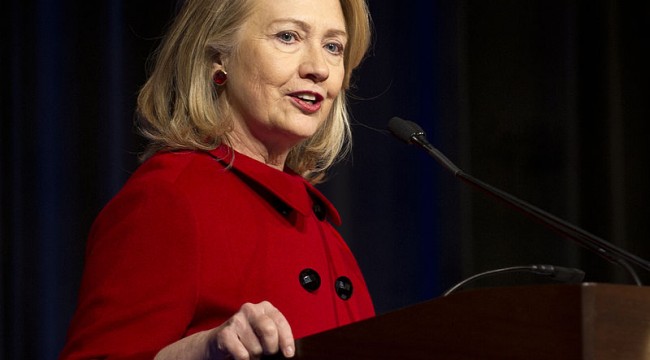 VANCOUVER, Canada – What would the world do without well-intentioned, earnest, and intelligent public servants like Hillary Clinton?

We don’t know. But we’d like to find out!

Before we get to that… a quick market update.

Shanghai stocks took another big dive. They fell 8.5% for the session, the biggest one-day rout since 2007.

The world is still falling apart.

As we explained yesterday, the Fed’s EZ money is creating hard times. It led to overconsumption… then overproduction… and now to a big bust.

And what you’d expect next is more crashing, sliding, and busting up in the world’s markets… followed by more EZ money.

Eventually, it will explode into consumer price inflation. But that could still be far in the future.

We keep our political coverage balanced at the Diary. On the Republican’s side, there is an unusually rich assortment of fools and knaves. And on the Democrat’s side, there is the aforementioned Ms. Clinton.

We don’t know what we would do without her.

How would we know, for example, how long we should hold an investment without her to tell us?

She seems to believe that today’s average holding period is too short. It causes an obsession with short-term results that she calls “quarterly capitalism.”

To change the incentives, Clinton proposed raising capital gains taxes on investments held for only short periods of time.

The tax on investment earnings would nearly double from their current rate of 20% for investments held less than two years. And the rate for those in the top tax bracket would be set on a sliding scale, with incentives for people who hold their investments longer. […]

“But let’s be really clear: The Democratic Party doesn’t want, and the American people don’t need, another Democratic president who tiptoes around Wall Street’s insatiable greed.”

How will “working to end short-termism” help working families?

How many months of holding an investment is acceptable to the Democratic Party’s front-runner?

Why would anyone even think that Ms. Clinton – who has never held an honest job in the private sector – could possibly have any idea about how to save capitalism… or how long an investment should be held?

These questions leave us panting, sweating… and in need of a drink.

All Ms. Clinton knows about capitalism is what the cronies tell her when they are slipping her cash.

Wall Street is a major financial contributor to her campaign. They know she can be bought. She won’t disappoint them.

Hillary still has to grandstand for the benefit of the Democratic masses. But she’s clearly on the side of the cronies and the zombies. And they both hate capitalism.

Because capitalism is a zombie killer.

Capitalism is not a wealth distribution system, as supply-side economist and techno-utopian guru George Gilder makes clear in his latest book, Knowledge and Power.

It’s an information system… a knowledge system… in which entrepreneurs take risks and find out what works.

They learn how to build better things… putting old zombie manufacturers out of business.

They figure out how to cut costs and increase quality, too… squeezing out the cronies and forcing the zombies to get to work.

They discover the knowledge that makes us wealthier.

Naturally, the zombies and cronies try to put capitalism out of business. Typically, their candidates claim to be “improving” or “saving” capitalism from itself.

What they are really doing is saving the crony lobbyists and zombie voters from real capitalism.