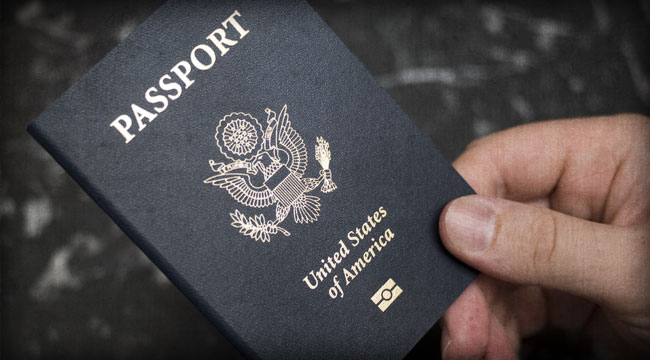 Why Americans Are Leaving America - And How to Reverse the Trend

The U.S. government is driving some of its most productive citizens abroad. The only beneficiaries are countries such as Singapore and Switzerland, which offer sanctuary to Americans fleeing avaricious Uncle Sam.

Three years ago Eduardo Saverin, one of Facebook’s founders, joined 1,780 other Americans in renouncing their citizenship. Saverin’s case was particularly striking: Born in Brazil, he only gained U.S. citizenship in 1998. But heading overseas allowed him to reduce the federal government’s take when his company went public.

Some people have always been ready to leave the United States. A half century ago, actor Yul Brynner switched his nationality to Swiss after battling the IRS. Today the number of tax exiles is increasing again.

Of course, not everyone admits to leaving to escape the tax man. In 2013 Tina Turner relinquished her citizenship after living in Switzerland for nearly two decades; she merely noted that she didn’t intend to reside in America again. But if that was her only reason, why did the 74-year-old bother with the paperwork?

Tax flight is not an option for most people. We don’t earn enough to switch countries. However, the rich have more choices internationally. And increasingly they’re saying “sayonara” to these shores.

So are big companies. When combined with average state taxes, the United States has the world’s highest corporate tax rate.

Pfizer, which is seeking to buy the British pharmaceutical company AstraZeneca, might be motivated by jurisdictional arbitrage. Presumably the U.S.-based Pfizer perceives synergies and economies, but the acquisition also would allow Pfizer to move its headquarters to the United Kingdom, which employs a “territorial” tax system, with taxes collected only where the income is earned, in contrast to Washington’s worldwide levy. The United States is one of the few countries to use worldwide corporate taxation — claiming a cut of money earned everywhere, no matter how little a connection it has to this country.

“My advice to, say, a small-businessman abroad would be to think twice about acquiring U.S. citizenship.”

Similarly, the U.S. advertising company Omnicom Group is pushing a complicated merger that also would yield UK tax residency. This practice is known in the trade as “inversion.” About 50 firms have moved their headquarters over the last three decades, half of them since 2008. Last month the Obama administration decried the practice and proposed to increase the share of foreign ownership required for inversions.

Traditionally the entrepreneurial and productive wanted to come to America. Many still do. But the choice is no longer so clear-cut. Some lawyers admit that they counsel foreign businessmen to consider carefully before seeking American citizenship. It might not be worth the cost and trouble.

International tax attorney Andrew Mitchel said, “My advice to, say, a small-businessman abroad would be to think twice about acquiring U.S. citizenship.” In his view the benefits might not be worth the hassle: “Many of these people do not realize what that means for their businesses until they start dealing with the IRS.”

Although motives are hard to assess, Washington’s increasingly greedy and petty behavior appears to be having an impact on possible new citizens. Hong Kong tax attorney Timothy Burns argued: “Fifteen or 20 years ago there was a big rush to make sure your kids became U.S. citizens, for access to U.S. schools for example. Now we’re seeing just the opposite.”

There are high, progressive income tax rates at home, as well, on top of a comically complicated tax code. The United States is alone among major industrialized states in that it taxes Americans living overseas. A German residing in America, in contrast, pays only U.S. taxes.

Moreover, Uncle Sam is paranoid that someone somewhere might be shielding a euro or pound from the IRS. So Washington requires Americans to report international bank accounts over $10,000 and assets over $50,000. U.S. citizens overseas must file foreign bank account reports, backed by big civil and criminal penalties.

In 2010 Congress passed the Foreign Account Tax Compliance Act, which attempts to turn every foreign financial institution into an IRS agent. The results are significant compliance costs and fearsome legal risks. Increasingly banks and other companies are telling Americans to go elsewhere. For instance, John Mainwaring settled in Germany after serving in the U.S. Army and told NPR his banks dropped his account. Alas, no one else wanted him. “The ones here don’t deal with Americans.”

Some U.S. citizens care less about the money than the bother. Brian Dublin, an American businessman in Switzerland, said he loved his homeland but was thinking about renouncing his citizenship: “It’s about the headache associated with the regulations, filing in the U.S., and then having financial institutions in the rest of the world turn me away.”

And tax attorney Brad Westerfield complained that the rules have “become so complicated — the increased filing obligations over the years. You see more people giving up their citizenship or relinquishing their green cards.”

Not that the IRS is easy to escape. Washington hits up departing wealthy citizens (in contrast, it seems happy if poor people depart) for a tax on unrealized capital gains. The feds do the same to noncitizens who hold a green card allowing them to work and reside in America. The fee reminds some observers of the “exit taxes” imposed on Jews and other groups escaping tyranny and murder by German Nazis and Soviet Communists.

Yet Senators Chuck Schumer and Bob Casey have introduced legislation to double the levy to 30% for those exiting America. If that doesn’t work, why not just confiscate everything to ensure an adequate deterrent effect?

Most people are likely to think about more than money before giving up their citizenship. Yet there are other downsides to carrying an American passport. Since Washington insists on acting as the globe’s combination scold, nanny, and policeman, it makes enemies with wild abandon. Some of them do their best to kill Americans in response.

Increasing tax flight should serve as a wake-up call for Washington politicians. But, instead, they insist on blaming everyone but themselves. Heading overseas to save money is “immoral,” asserted Sen. Charles Grassley (R-IA).

But what is moral about the looting and pillaging that goes on every day in Washington? Being an American citizen is good so long as America is the proverbial land of the free and home of the brave — a country that protects life, liberty, and property, provides opportunity, and values entrepreneurship.

To the extent this remains true today it is despite, not because, of what goes on in Washington. Politicians are among the greediest people in America, acting at the behest of the envious who are determined to use government to live at everyone else’s expense.

In such circumstances, cutting Uncle Sam’s take is a moral imperative. Indeed, when other efforts at reform fail, as most have, cutting Washington’s revenue is the only hope of bringing Leviathan to heel. In this way, those who refuse to remain obedient geese to be plucked are the truest patriots.

Decades ago New Deal Treasury Secretary Henry Morgenthau, Jr., complained that “too many citizens want the civilization at a discount.” But that is what today’s political overseers purport to give us. They promise much, take more, and deliver little. With Uncle Sam daily setting a record for fiscal prodigality, establishment elites complain about citizens who say no more.

America once was a land of opportunity. As it loses that distinction more people are tempted to go elsewhere. Instead of seeking to punish those who desire to move, policymakers should change the punitive policies that are pushing people abroad. If America’s rulers do not reform, they risk a brain drain the likes of which America has never seen.

Doug Bandow
for The Daily Reckoning

Ed. Note: If you decide to leave the country, you’re going to want to know the best places to settle down. Readers of today’s issue of Laissez Faire Today learned about one particular community that offers you the freedom (and beach views) you want in your golden years. To make sure you never miss out on life-changing opportunities like this, sign up for Laissez Faire Today, for FREE, right here.

Fact: More Americans than ever before are choosing to give up their citizenship. If you’ve been finding America’s tax laws inconvenient or even oppressive, however, read on. Peter Schiff outlines options for avoiding government intrusion in your life… without giving up your citizenship…

Doug Bandow is a senior fellow at the Cato Institute and the author of a number of books on economics and politics. He writes regularly on military non-interventionism.