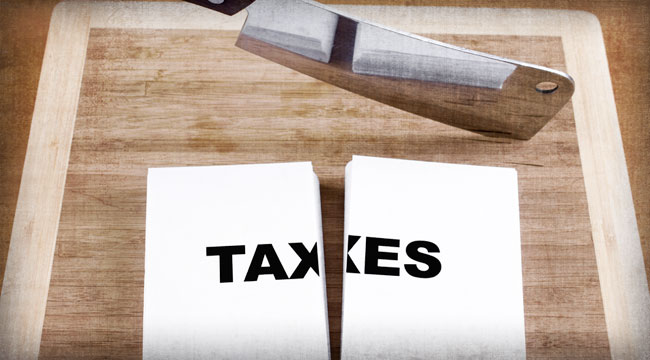 How to Stop Corporations (and Jobs) from Fleeing America

“Stop tax inversion by American corporations” is the latest war cry of American socialists. Obama is infuriated that U.S. corporations want to be American no more and is going to stop it.

Tax inversion is a method whereby a U.S. multinational company takes over a foreign company and creates a new corporate entity that the U.S. “tax inversion” uses to leave U.S. tax jurisdiction (the newly created company re-incorporates overseas). With a single takeover the U.S. corporation is no longer American — it might be British or Irish and subsequently pay a much lower rate of tax.

…the U.S. has the highest rate of corporate taxation this side of Pyongyang.

On the surface, why should stinking corporations get away with not paying taxes? The U.S. government needs more money and corporations have got it. From a socialist point of view this is dead right. To paraphrase Margaret Thatcher, socialists have no problems so long as they don’t run out of other people’s money.

However, if we take a step back, what do we see? Tax inversion is corporate emigration. Corporations don’t want to be American anymore. That is worth thinking long and hard about.

The democrat solution is to stop them from leaving through a change in the tax laws. That amounts to a fiscal “iron curtain.”

So how has this come to pass? The core problem is, the U.S. government is broke. Its deficits are now officially a runaway train. Remember the debt ceiling? That’s gone. How’s the budget deficit going? It is down but it is still massive. That money has to come from somewhere and you can’t print it forever.

So why are companies desperate enough about corporate tax to leave the U.S., the champion of freedom and enterprise? It is simply because the U.S. has the highest rate of corporate taxation this side of Pyongyang. This is why corporates want a new tax home, because U.S. corporate tax rates are by far the highest in the developed world. Even France is cheaper.

It seems to be that in this modern era, to be the president of the U.S., you need to be a lawyer. Perhaps a law should be passed to make an accounting or economics qualification mandatory instead, because most of the issues troubling America today are simple finance math.

Higher tax rates do not necessarily bring in more tax. They can shrink the tax base. This is the current state of U.S. corporate tax. At some point on the taxation axis, people and companies stop trying, or start attempting to leave. This is how as rates rise, the tax take falls. It is called the Laffer curve. Beyond a certain tax threshold the government setting the rate is harming its income. There is an optimal rate, and a marginal rate of around 40% is not optimal.

It is clear, when companies are doing tax inversions or twisting themselves into hedge fund like maneuvers such as Apple’s bond issues, that the optimal point is long breached.

U.S. corporate tax needs to be in line with the rest of the world at 20%, not 40%. Taking a lower cut will mean taking in more money.

Corporations are the bedrock of the U.S. economy. While direct corporate tax is only about 2% of GDP, what would GDP be without corporates? Let’s just say, it would be North Korea. Corporations need to be nurtured; they are the milk cow of any economy.

You couldn’t get a bigger economic red flag than your corporations emigrating.

America’s corporate tax rate is out of line with the rest of the world and many U.S. corporations are presented with the choice of aggressive avoidance or moving for a simpler life. They are choosing to move.

The tax revenues these companies generate, directly and indirectly, is massive. Yet the small slice of that cake that hits the headlines, the tax burden on their profits and its impact on their stock prices is causing a seismic shift. Ultimately, where the HQ goes, so does the corporate soul.

You couldn’t get a bigger economic red flag than your corporations emigrating. It is a situation that needs to be turned around by enabling not by sanctions.

Instead of tax prohibitions, a corporate tax rate drop to an economically aggressive level would stop the corporate emigration process dead in its tracks. Such a move would also give the authorities a great opportunity to close the many tax loopholes that plague the system. Then perhaps corporations might even think about shifting their businesses to the U.S. instead of away.

However, this is all wishful thinking. While America is still ruled by people who think “you didn’t do that” when it comes to your success, and that the corporate hand that feeds it is its enemy, things aren’t going to change. So instead a corporate iron curtain is threatened to be raised.

Well comrades, best of luck with that one.

Clem Chambers
for The Daily Reckoning

Ed. Note: Here’s a quick three minute presentation you can show your friends when they say we need to raise taxes to get our country’s finances back in order. Watch this video for a simple no nonsense explanation on corporate tax.

And don’t forget to subscribe to Laissez Faire Today, for FREE, so you don’t miss out on future investment opportunities and solutions. Click here to subscribe today.

A version of this article appeared before here on lfb.org.

Is it really wise to borrow so much, even with extremely low interest rates?…

Clem Chambers is the CEO of stocks and investment website ADVFN . As well as running Europe and South America’s leading financial market website he is a prolific financial writer. He wrote a stock column for WIRED — which described him as a “Market Mavern” — and is a regular columnist for numerous financial publications around the world.