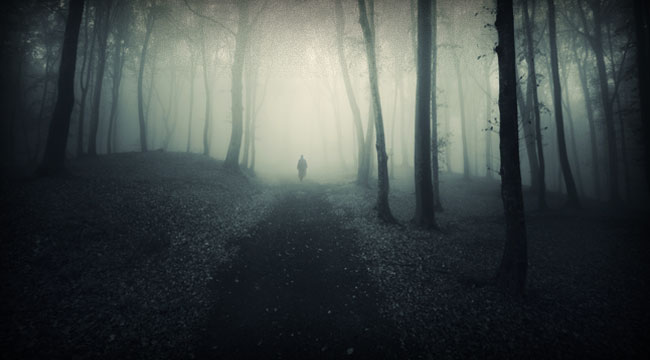 Where Currencies Fear to Tread

Whoa! Did you see that? The wonder currency of bitbugs and anarchist types crashed big time this week…all the way back to a (roughly) 400% gain YTD! Woe to those ne’er-do-wells and techno-geeks. ¡Pobrecitos!

As you might recall from our scribbles last weekend, the price of a single unit of the digital currency had risen meteorically in recent times…from a “paltry” $12 back in January to a vertiginous high of $260+ this week…before plummeting back to the upper double-digits (as we write). What to make of it all? The question is deeper than a mere price chart reading…it demands actual thinking. More on that in a second…

Meanwhile, back in the world of “real” monies…

Stocks were up 300 points this week…at least as they are priced in the government’s rapidly increasing supply of dead president-emblazoned paper notes. Hmm…

Gold tumbled through the psychological $1,500 mark on Friday. Last we checked, an ounce of the Honest Metal was trading for around $1,480. A buying opportunity? Maybe…

Meanwhile, the Fed, the BoE and the ECB are providing a “jolt” of freshly inked currencies to their respective economies, hoping to prop up optimistic asset prices. The rate of expansion is, says Bill Bonner, “unprecedented in world history.” How will this all end?

“We don’t know,” asserts Bill, with characteristically emphatic uncertainty. “We simply note most of the world’s major central bankers are putting their money on the same color… and as the wheel spins… we urge dear readers to leave the casino.

“Neither in yen, euros, pounds nor in dollars should we be. For when the dust finally settles on this wild riot of radical gambles by central bankers, gold will be the ‘last man standing.’”

Which brings us back to the notion of money…and of man’s inextricable relationship to it.

First there was commodity-backed money: gold/silver/bimetal-pegged coins and the like. Then came politically-backed money: Think of the post-’71 U.S. notes, backed by the “full faith and credit” of the United States…and the formidable military industrial complex standing behind them. And now…what? A mathematically-based currency? That’s what the “bitbugs” would have us believe. But are they to be trusted? Will 2+2 always = 4? In the hands of the politicos, no. But in the safekeeping of non-Procrustean “rulers”…i.e., the market?

As we see it, the bitcoin concept can be roughly divided into three main “tiers.”

1. The Bitcoin protocol; the code upon which the bitcoin network, a decentralized ledger of transaction records, is secured. An open-source code, this has been wide open for would-be hackers to “crack” for four or five years now…maybe longer. It’s the “holy grail” of the “hacktiverse.” You’d think some basement-dwelling nerd would have cracked it by now. Of course, just because it hasn’t happened yet, doesn’t mean it can’t happen. And if it does, game over…at least for this iteration of the decentralized, digital currency experiment…

2. The peripheral service providers currently populating and building out the network’s infrastructure. These are the exchange portals, wallets, various apps and associated support software. This “downstream” market is extremely nascent and, as we’ve seen, highly prone to fracture under pressure…for now. And finally…

3. The price of bitcoin itself, largely — at this stage — driven by speculators and “get-rich-quickers.” (Again, for now…)

As we’ve seen in recent months, the network infrastructure is far from robust. But is it, to hijack a Talebian term, “antifragile”? Does it, in other words, become stronger, more resilient, under the increasing strain of speculator-driven stressors? The last crash, in which the currency increased some 30-fold in a matter of weeks…only to collapse 16-fold in a matter of hours, would seem to suggest so. Why? Because the underlying, first tier code remained strong, allowing the second tier participants to resume building out a stronger, more resilient infrastructure on its solid foundation. Antifragility.

The bitcoin economy of 2011 could never have supported a participation increase that drove the price of the currency to even $50, much less $100…or more. It fell from $30 per coin to less than $2. The message to downstream engineers was clear: you’ve got all your work ahead of you. After some post-shock frustration, they got back to work.

If you build it, goes the old adage, they will come. And come they did. In droves. This time, the network infrastructure cracked in spectacular fashion…though at a much higher pressure point. Moreover, the price fell far less this time around, in percentage terms, than in the last episode.

If and where it stabilizes is, of course, anyone’s guess…but the real question remains one concerning first tier integrity. Will the foundation upon which the concept is built remain strong? Additionally, will the second tier infrastructure participants continue to respond to corrections creatively, organically, building new and better services?

Markets that are “allowed” to crash, sometimes violently, are usually quick to adapt and evolve, something akin to Schumpeter’s “creative destruction.” They are dynamic, responsive, adaptive. In sharp contrast, markets that receive government/taxpayer-sponsored bailouts are “fragilized”…rendered deaf to the market’s timely lessons…and mute in response to the new demands and expectations of market participants.

This is a complex subject, Fellow Reckoner, one deserved of more head scratching in the future.