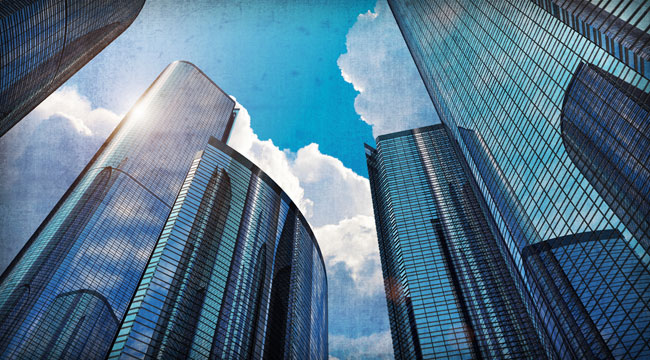 What Happens When Central Bankers Take Over

[Ed Note: This is the second part of the article Why the Fed Doesn’t Care About How You View the Economy which was published August 14, 2014.]

When you consider the fact that the Federal Reserve System is the central bank among the central banks of the world, at least for the present, you begin to understand how a tiny handful of people, who are in charge of an institution that is beyond political control, and whose ownership is concealed with respect to the 12 regional banks, is in control of the economy.

This is central planning. We should call it what it is. I know of no socialist government in the West that has ever had the same degree of power over the entire economy that the Federal Reserve System has in the United States.

I’m not speaking here of the Soviet Union or Communist China. The Federal Reserve was never in a position of being able to have people arrested in the middle of the night, carried away, and executed. But if you’re talking about central planning over the central institution of the economy, this is true central planning.

“My fear is that the public will accept the fact that Congress can intervene to take over the Federal Reserve. That would be a true catastrophe.”

There are a few critics of the system on the Right and the Left, and there is the old populist movement that has been critical of central banking from the beginning. I would put this movement on the Left politically, but I think it is on the Right socially.

It is represented these days by Ellen Brown. That anybody with this little economic knowledge as Ellen Brown possesses could become the major spokesman for the populist movement is indicative of just how bad the situation is in the general population. She has no influence. I have replied to her here.

Going up against the Federal Reserve today is about as politically suicidal as anyone could imagine. The FED is truly untouchable.

The people in the FED think they know what they’re doing. But here is an organization that, from 1914 to 2008, accumulated $800 billion of Treasury debt. It did this through two world wars. It did this in the Great Depression. And then, in a period of five years, added $3.2 trillion to its portfolio.

Yet these people really are in charge of monetary policy, which means they really are in charge of the amplitude of the business cycle. They cannot suppress it permanently, but they can make it much, much worse. They can hold off disaster, but they cannot avoid disaster. We saw that in 2008 in 2009. There is going to be another similar event, except it will be of greater magnitude.

The problem is, it is not clear which critics of the Federal Reserve will gain the ear of the public, and it is not clear whether Congress will actually listen to the voters. Central banking is at the heart of the modern economy, and it is a central planning agency that is attempting to control the lives of several billion people worldwide. This can be done for a while, but it cannot be done indefinitely.

We do not know what is to replace central banks, but we do know this: failure on the magnitude of what is coming cannot be hidden.

Next time, or perhaps a time after, the public will understand that the Federal Reserve is the cause of the problem, and that it must be abolished. Milton Friedman finally came to that conclusion, after having defended the legitimacy of central banking throughout almost all of his career. He finally gave up.

People get upset about the Federal Reserve. It doesn’t do any good to get upset. You can’t change the system under the present circumstances. But, at some point, central planning will do what central planning always does, namely, crash the economy.

At that time, there will be numerous opportunities for critics of the Federal Reserve to take on the bureaucrats, despite all those PhDs in economics that are on the staff. They will be left holding the bag. They will be left with the blame for the crisis, which they truly will have created. We will see at that time what the public really wants.

My fear is that the public will accept the fact that Congress can intervene to take over the Federal Reserve. That would be a true catastrophe. We will see whether people really believe in the free market. It is the job of those of us who are critics of central planning, and also critics of monetary inflation, to make the best possible case we can.

The Austrian school will have the best shot at it, because the Austrian School has been most consistent and the opposition to central banking. This goes back to Ludwig von Mises’s book, The Theory of Money and Credit, which was published in 1912, in which he attacked the whole idea of central banking.

But during the interim, there is going to be much pain. There will be a lot of people unemployed who will not understand why they are unemployed. There will be losses in the equity markets that are staggering, which will dwarf what took place in 2008-2009.

A version of this article was published before here, on lfb.org.

If you’ve been reading the online version of this article, you would have learned an easy way to buy, sell, and store precious metals AND how to protect your wealth when the next crisis hits. These are just a sample of the opportunities reserved exclusively for email subscribers of Laissez Faire Today. Click here, sign up, and join the growing list of people taking the first step in reclaiming their freedom.