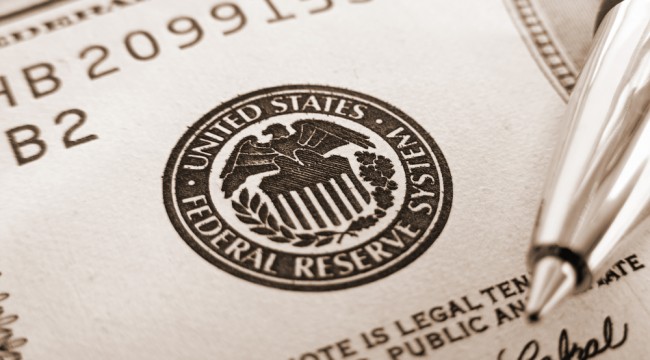 Why the Fed Doesn't Care About How You View the Economy

The Board of Governors at the time the article was written had 220 full-time economists on its staff. The author did attempt to find out how many economists are on the payroll of the 12 regional banks, but he could not. These are major institutions. Each of them publishes its own monthly magazine.

In terms of the number of people with PhD degrees in economics who specialize in money and banking nationally, there may be as many as 1500, but it could be as few as 1000. Anyway, that was the case in 2009. So, we’re talking about a situation in which perhaps as many as a third of all the specialists in the field are employed by some branch of the Federal Reserve.

But this is only the tip of the iceberg. The Federal Reserve has part-time contracts that it doles out to economists in the field. It sets aside almost half a billion every year to pay economists. That is an enormous amount of money to flow in the direction of a single profession.

Here’s a situation in which the agency that controls monetary policy for the United States has an unlimited amount of money to buy support, compliance, or at least silence within that segment of professionally trained economists that specializes in money and banking. The Federal Reserve gets to keep all the money that it wants for operations.

It has to turn back over to the Treasury Department any money that is not used for operations, but it does not answer to Congress or the Treasury with respect to how it spends its money. This means that the Federal Reserve has essentially unlimited funds available to buy off those critics who might challenge Federal Reserve policy.

The Federal Reserve System is a cartel. It operates for the benefit a relatively small number of banks, probably fewer than two dozen, which constitute at least 80% of all bank deposits in the United States.

I am aware of no other institution in the United States whose main claim to fame is that the federal government has no control over it.

The organization is truly untouchable today. It has never been audited by an agency not employed by it. It is not going to be audited. Nobody knows how much gold is in it. Nobody knows what liabilities or claims against this gold there are.

In other words, the central agency that controls the central economic institution in modern society, meaning commercial banking, is beyond control of the vast majority of those banks, and it is beyond the control of Congress. No President ever challenges the Federal Reserve System.

In textbooks written by leftist authors who want to see control, or least severe regulation, over every aspect of the capitalist economy, they all give a free ride to the Federal Reserve System.

In this one case, they pull back from their ideological position, and they claim that the great advantage of the Federal Reserve is its independence from politics. This is completely contradictory to the party line of the American Left, yet there are almost no deviants from this party line.

It is an arcane system. Almost nobody understands how it works. Nobody is supposed understand how it works. Those inside the system who publish their unreadable articles in the regional Federal Reserve magazines never get to the heart of the system.

You don’t even get a clear explanation of what constitutes excess reserves. You don’t get an explanation of how it is that, since late 2008, the excess reserves had climbed almost 3 trillion dollars, when those reserves were virtually nonexistent prior to 2008. There is no open discussion of this. It is the central fact of monetary policy today, yet it is not openly discussed. This kind of silence is not random. It is imposed.

If the central institution of an economy is the monetary system, and this institution is controlled by a government-created cartel, and this cartel is independent of the government, then what possible opportunity does the general public have to reclaim freedom for monetary affairs? The answer is obvious: none.

[Ed. note: Check back tomorrow for the second part of Gary North’s article.]

Ed. Note: The Federal Reserve may soon push Congress to close off the last money loophole in the U.S. And with their obvious influence, they could get their way very soon. Readers of today’s issue of Laissez Faire Today were given a chance to discover this loophole for themselves, and how they can still benefit from it. Sign up for the FREE Laissez Faire Today email edition, right here, for your chance to discover incredible opportunities like this in every single issue.

The Benefits of Buying Gold

Dr. Ron Paul joins Fox Business to discuss investing in gold and concerns of a potential collapse of the monetary system…