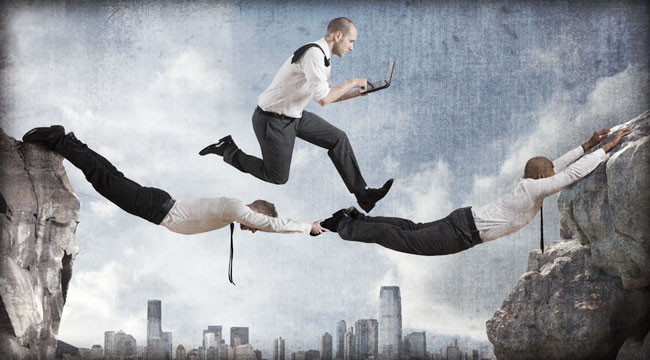 "We Should Trust Our Allies More Than Our Citizens"

Washington, D.C. — Sen. Dianne Feinstein (D-CA), chairman of the Senate Intelligence Committee, announced that her committee will hold a “major review into all intelligence-collection programs.” This surprising declaration followed the revelation, through documents leaked by government whistle-blower Edward Snowden, that the NSA has been listening to the phone conversations of friendly foreign rulers, in particular Germany’s Chancellor Angela Merkel.

Sen. Feinstein is a well-known defender of the NSA’s spying on American citizens. She claims that that type of spying is OK because it is approved by a secret court and subject to strong congressional oversight, also secret because nobody has seen it. But “with respect to NSA collection of intelligence on leaders of U.S. allies,” she declared, “let me state unequivocally: I am totally opposed.”

“Debates are good, provided that they deal only with permitted topics and government approved information.”

Apparently, Sen. Feinstein thinks it’s normal for “our intelligence community” to spy on “our citizens,” but that foreign rulers should be better treated. A proponent of more gun control, she also believes that all rulers, foreign and domestic, have the right to be protected by guns unavailable to ordinary citizens. She calls that “progressive.”

Documents leaked by Snowden confirmed how the NSA works. The agency secretly asks a secret court for secret permissions which are then labeled “secret orders.” Sometimes, the agency violates these secret permissions, claiming that it does not understand its own programs. Some American extremists concluded that the federal government is too big to manage, but Sen. Feinstein disagrees.

President Barack Obama was also very annoyed by the spying on Ms. Merkel. He reportedly said, “She could be my daughter.” He did unquestionably declare to a TV network that “the national security operations, generally, have one purpose and that is to make sure the American people are safe and that I’m making good decisions.” Nobody asked him what other purposes national security operations occasionally have.

There was some confusion as to whether the president was or wasn’t aware that friendly foreign rulers like Ms. Merkel were being spied upon. Director of National Intelligence James Clapper suggested that the White House knew, adding, “I have to say that that does not extend down to the level of detail. We’re talking about a huge enterprise here.”

This huge enterprise of spying on everybody is apparently too big to manage.

In the meantime, the government still considers Edward Snowden, the man responsible for this “healthy democratic debate”, a traitor. As one disgruntled Twitter user tweeted, “Debates are good, provided that they deal only with permitted topics and government approved information.” The author of the tweet apparently did not realize that a powerful state is not a problem. That is as long as he only does things that are deemed “good” by the government, an essential feature of the American democracy.

The report of Feinstein’s Senate committee is expected to be secret, and your correspondent is not sure he can even mention this. Some Americans go as far as arguing that the Senate should always meet in secret so the people don’t learn what the government doesn’t want them to know.

A confidential source in the office of Sen. John McCain (R-AZ) claims he heard the senator say, “God bless America, it’s not the Soviet Union here.”

Prr Lzkdrqxcwm, correspondent of the Martian
for The Daily Reckoning

Ed. Note: Shhh… Do you hear that? It’s the sound of your liberties being thrown away by an ever-worried, increasingly secretive government. It’s very faint, so you have to listen closely. That’s what the Laissez Faire Today email edition helps you do. It “turns up the volume” on the government’s enduring efforts to reduce your freedom… and offers you several chances a day to discover real, actionable profit opportunities. Not a Laissez Faire Today reader? Sign up for FREE, right here.

3 Essential Rules for Dealing With the Government

As the old saying goes, the only two certainties in life are death and taxes. But while the former may be inevitable, there are ways to mitigate the latter’s influence on you and your personal wealth. So today, the late Harry Browne offers a few timeless tips on how to minimize your tax burden. Read on…