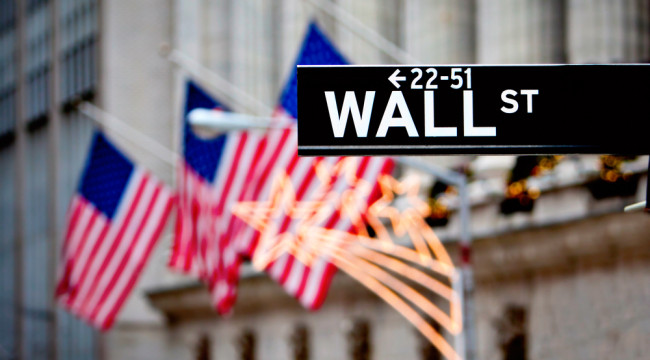 Wall Street: The Next Fed Chief Should Keep the Presses Running

“Wall Street Wants Yellen, Not Summers, as Next Fed Chief,” proclaimed a CNBC headline on Friday.

The media have been buzzing with speculation over the next chairman of the Federal Reserve. Both Janet Yellen and Larry Summers have been named as front-runners for Bernanke’s coveted chairmanship. The Bearded One is expected to retire in January.

The CNBC headline is telling… Wall Street wants the easy money party to continue forever. Larry Summers, however, is a QE skeptic, according to Stephen Gandel at CNN Money:

“Summers, who has emerged as a top choice to be the next Fed head, has regularly questioned the wisdom of the U.S. central bank’s signature bond buying program,” Gandel notes. “Summers has said quantitative easing, which is meant to lower interest rates, has done less to boost the economy than people think, and he has frequently brought up the program’s potential downsides.”

“Monetary policy has little scope to stimulate the economy,” Summers suggested in September 2008, “given how low interest rates already are and the problems in the financial system.” Since then, the Fed has bought $2.3 trillion in Treasury and mortgage bonds. It also increased the money supply to unprecedented levels.

At a breakfast hosted by The Wall Street Journal last month, Summers also suggested that easing may be creating a bubble. He even noted it may be adding to the nation’s problems with income inequality.

Most major banks are predicting the beginning of the Fed’s “tapering” to take place in September, with asset purchases ending sometime next year. If Summers takes over, he may speed up the Fed’s exit and force Wall Street to take its “taper” medicine sooner.

In contrast, the other front-runner, Federal Reserve vice chair Janet Yellen, said back in March she would not taper anytime soon. CNBC’s poll of Wall Street analysts indicated they believed Yellen would better manage a financial crisis. Translation: She is more likely to keep the presses hot.

As we noted last month, Summers believes the economy is about to hit “escape velocity” and no longer requires easing. Detlev Schlichter remarked in The Daily Reckoning on June 27 that such terminology was nonsense. “The economy went into recession because of massive financial deformations. Easy money led to excessive indebtedness, a housing bubble and dangerous levels of leverage.” Summers may be a QE skeptic, but he’s a steadfast supporter of “stimulus” economics. When economists start talking about reaching “escape velocity,” rest assured the bubble has been blown… and a crash is likely.

As the debate on monetary policy continues, it will be worth keeping an eye on this nomination. Markets may balk if Summers is named.

P.S. Don’t miss out on our analysis of the big news and themes happening in economics and finance today. Subscribe for free to The Daily Reckoning by clicking here.