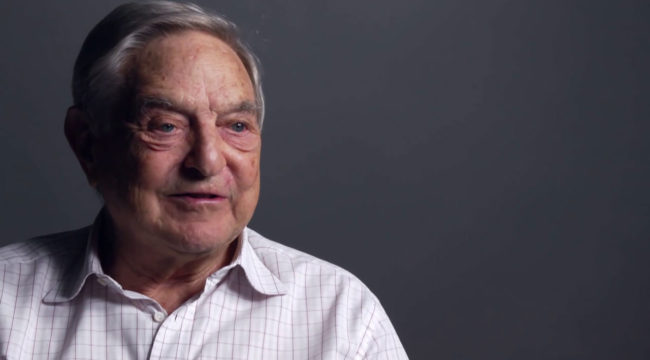 The Video George Soros Doesn’t Want You to See…

It’s a 1998 “60 Minutes” interview with multibillionaire trader George Soros that had gone missing for years.

The word is he went to great lengths to suppress it.

And it’s easy to see why…

While Soros is revealed as one world’s greatest traders… the supposed philanthropist is also exposed as a cold, calculating and ruthless operative…

The Path to Riches

George Soros is a complex, conflicted man. That comes across in the video, which I urge you to see before it disappears again.

On one hand, he’s a brilliant trader… one of the best the world has ever known.

For almost two decades, his Quantum Fund achieved returns in excess of 30% per year. And two years it posted annual returns of more than 100%. That’s extraordinary.

And he’s done it by following a systematic approach to trading that trend followers can appreciate.

Here’s Soros in his own words…

“If investing is entertaining, if you’re having fun, you’re probably not making any money. Good investing is boring.”

On trading with the trend…

“We try to catch new trends early and in later stages we try to catch trend reversals. Therefore, we tend to stabilize rather than destabilize the market. We are not doing this as a public service. It is our style of making money.”

On letting your winners run and cutting your losses…

On the impossibility of predicting the future…

“The financial markets generally are unpredictable. So that one has to have different scenarios… The idea that you can actually predict what’s going to happen contradicts my way of looking at the market.”

Soros is living proof that a disciplined, systematic approach to trading trends is the path to riches in the markets.

That’s the admirable part. But he also has a dark side…

While the leftist mainstream media portrays Soros as a generous philanthropist out to right the world’s wrongs, the truth is quite different…

In reality, he’s a card-carrying member of the globalist elite who runs the Open Society Foundations.

Recent document leaks show his global network had over 90 separate projects to influence election outcomes in Europe in recent years.

In the U.S., he’s funded pro-Clinton propaganda outlets like Media Matters and ThinkProgress.

The bottom line is that Soros is all about sowing chaos in the system.

And he has extraordinary power to push and pull markets.

In the early 1990s, Soros single-handedly caused an economic crisis in England by betting against the British pound. It’s known as “Black Wednesday.”

He made over a billion dollars by cratering the monetary system of Great Britain in a single day.

Yes, he can single-handedly move markets.

Look, what most investors either don’t realize or don’t want to admit is that there are highly influential forces like Soros working behind the curtains to shape world events.

If you’re sitting at home thinking that there’s a system in place protecting you from these influences, you’re just easy prey.

As citizens, we’re wide awake to the fact that Soros is an enemy of liberty, using his vast resources to cement his vision of a new world order.

But as traders, we can take the best of what he has taught us about making money in the markets to our advantage.

Be sure you choose to swim among the sharks instead of being the chum.

Michael Covel reveals how to avoid getting crushed when the Trump euphoria ends. Read on…