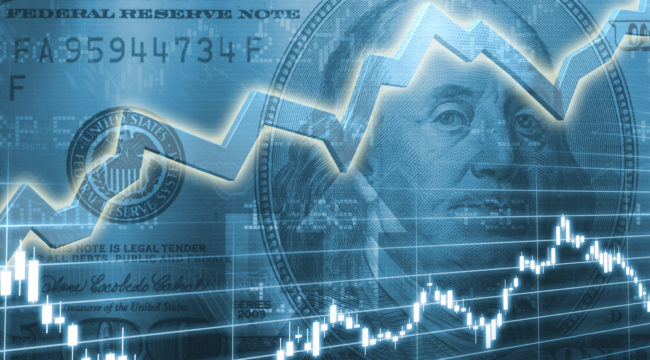 The #1 Mistake You Can Make in This Trump Rally

I met with a savvy, well-known investment adviser in San Diego yesterday.

You see, his phone is ringing off the hook with clients wanting to know why he’s not fully long equities in their accounts right now.

They’re panicking that they’re not fully in on the Trump rally.

With the Dow Jones up more than 1,350 points in the month since Election Day, everyone wants to be part of “The Donald” fiesta.

Investor optimism is off the charts. You can feel something resembling the giddy dot-com days for the first time in almost 20 years.

Have You Caught “FOMO”?

Market rallies like the one we’re in are the most exciting time to be an investor.

But they’re also the most dangerous…

Making a mistake at a time like this can have a devastating impact on your portfolio… one that could take a generation to recover from.

You see, what we’re seeing from investors right now is described in the Covel medical literature as “FOMO” disease. Regular readers know the drill.

FOMO, or “fear of missing out,” is a big reason why Daniel Kahneman won a Nobel Prize in behavioral economics.

If you suffer from FOMO, you are convinced with every fiber of your being that others experience more pleasure, success and fulfillment than you.

And when you feel this way, it causes anxiety and restlessness.

To avoid these feelings, you try to do what everyone else is doing.

And that’s exactly what’s happening with this Trump rally.

Investors like the ones calling my friend in San Diego have been infected by FOMO big time.

They see stocks headed to the moon, so they want to be “all in” too.

There is no known cure for the “all in” virus.

But they’re missing one critical aspect…

A 7% market rise in the span of a month skews any sense of rational thinking.

It’s just enough gains to entice you to assume more are on the way. But not too much that says the rally has petered out.

But consider that 7% increase has come at the tail end of a larger 177% increase in the Dow since the March 2009 low.

Now, is this bull going to gallop a while longer? Or are we at the last gasp of an incredibly long run?

The answer is that nobody knows. That’s why FOMO without a rock-solid exit plan is so dangerous for your financial well-being.

It will lure you into trades at precisely the wrong time, right before the trend reverses.

Think about how many sheeple bought tech stocks at the height of the market in 2000 because of the fear of missing out on the Nasdaq going even higher.

Investment decisions based on emotions almost end in disaster.

That must be at the top of your mind right now.

There’s a flip side you need to consider…

Don’t Leave Cash on the Table

The very fact that significant numbers of investors are under the spell of FOMO means this market can go higher from here.

Emotional investors can take markets to extremes—in both directions.

The good news is you can have your cake and eat it too by riding trends up and down for profit.

Look, those calling for market crashes are just as blind as those proclaiming bull markets to infinity.

He gained notoriety for warning people of the dot-com crash in March 2000.

But Janzen called the crash way too early. He warned investors to get out in November 1998.

But the Nasdaq jolted straight up another 143% after his warning.

If you listened to his prediction you left a ton of cash on the table.

The bottom line is nobody can accurately predict market timing, either up or down.

That’s why the perfect spot to be in right now (and in any market, for that matter) is trend following. Full stop. Case closed.

It’s the only investing approach that accounts for the FOMO infection while allowing you to capture any remaining upside in a dizzying rally like the one we’re in.

If you’re not prepared for the potential run up AND the inevitable crash down, you’re in Las Vegas, folks.

A Bigger Story Than the Election Itself

“We may find out on election night that the big story is not the election, but the revolution that’s going on in the streets”…