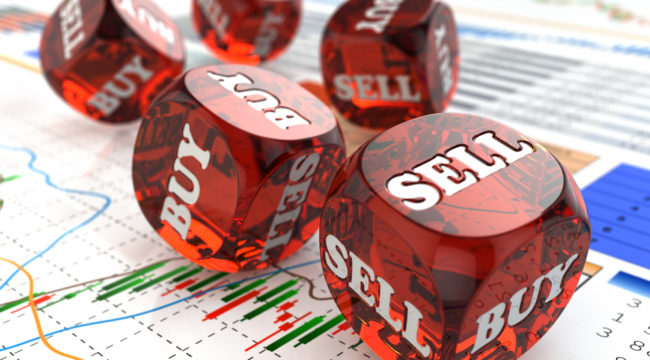 The Fall of Sterling: Reserve Currency to Brexit

The U.K. pound sterling held the dominant reserve currency role starting in 1816, following the end of the Napoleonic Wars and the official adoption of the gold standard by the U.K.

During the glory years of sterling as a global reserve currency, the exchange value of sterling was remarkably stable. In 2006, the U.K. House of Commons produced a 255-year price index for sterling that covered the period 1750–2005.

The index had a value of 5.1 in 1751. There were fluctuations due to the Napoleonic Wars and the First World War, but even as late as 1934, the index was at only 15.8, meaning that prices had only tripled in 185 years.

The world went off the classic gold standard when World War I broke out in 1914, and Britain needed to print money to fight the war.

When World War I was over and the world entered the early 1920s, countries like Britain wanted to go back to the gold standard but didn’t quite know how to do it. There was a conference in Genoa, Italy, in 1922 where the problem was discussed.

The U.K. had the same decision to make, but pursued a different course than France. Instead of doubling the price of gold, the British cut their money supply in half. They went back to the pre-World War I parity.

That was a decision made by Winston Churchill, who was Chancellor of Exchequer at that time. It was extremely deflationary. Churchill felt duty-bound to live up to the old value. The point is, when Britain doubled its money supply, Churchill might not have liked it. But it was a fact, and he should have accepted that the nation had devalued its currency.

He cut the money supply in half and that threw the U.K. into a depression three years ahead of the rest of the world. While the rest of the world ran into the depression in 1929, it started in the U.K. in 1926. Returning to gold at a much higher price measured in sterling would have been the right way to go. Choosing the wrong price was a contributor to the Great Depression that followed.

Economists today say, “We could never have a gold standard. Don’t you know that the gold standard caused the Great Depression?”

I do know that — it was a contributor to the Great Depression. But it was not because of gold. It was because the wrong gold price was chosen and that was highly deflationary.

The lesson of the 1920s is not that a country can’t have a gold standard, but that it needs to get the price right. Britain continued down that path until, finally, it was unbearable for the U.K., and it devalued in 1931. Soon after, the U.S. devalued in 1933. Then France and the U.K. devalued again in 1936. There was a period of successive currency devaluations and so-called “beggar-thy-neighbor” policies.

The result was, of course, one of the worst depressions in world history. There was skyrocketing unemployment and crushed industrial production that created a long period of very weak to negative growth. It was not resolved until World War II and then, finally, at the Bretton Woods conference.

There, 730 delegates from 44 nations met at the Mount Washington Hotel in the final days of the Second World War to devise a new international monetary system.

The delegates there were acutely aware that the failures of the international monetary system after the First World War had contributed to the outbreak of the Second World War. They were determined to create a more stable system that would avoid beggar-thy-neighbor currency wars, trade wars and other dysfunctions that could lead to shooting wars.

It was at Bretton Woods that sterling was finally dethroned and the dollar was officially designated the world’s leading reserve currency — a position it still holds today.

Now with the Brexit vote looming, sterling will suffer yet another blow. If Leave wins, there will be a sudden loss of confidence in the British pound. If Remain wins, the pound will also weaken. Why?

The Remain camp has not been honest with U.K. voters about their long-range plans. Belonging to the EU without joining the Eurozone never made sense in terms of economic efficiency. It was always a halfway house to full monetary integration.

If Remain wins, the effort to integrate into the Eurozone will not be far behind. And if the U.K. joins the euro, it would be highly advantageous to have the lowest possible exchange rate. There will be a persistent devaluation in the pound as a prelude to joining the euro. That gives the U.K. a permanent comparative advantage against trading partners such as France, Germany, and Italy.

A low exchange rate helps the U.K.’s export sector. If the U.K. seeks membership in the Eurozone, a devalued GPB/EUR cross-rate will be highly advantageous and an important “sweetener” to persuade U.K. subjects that the euro is in their best interests.

Brexit or not, sterling loses either way.