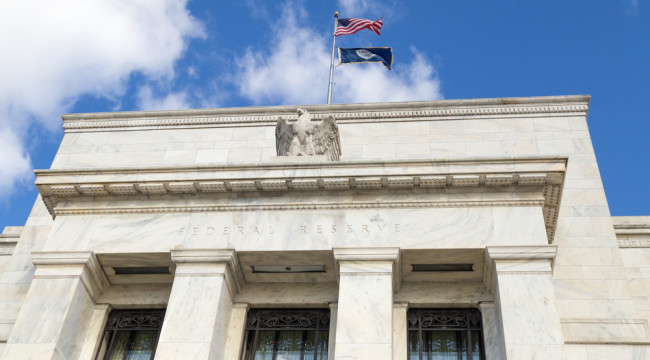 Not a day goes by without some pretty significant developments in the markets. You should not react or overreact in a knee jerk fashion to each piece of data that comes out.  You’ll just end up getting whipped around.

What you need to do – what analysts and investors need to do  — is have a thesis to guide them. Don’t pick one at random, but have a well thought out thesis.  Then use the data to test that thesis.  There’s a name for this: it’s called “inverse probability”. You use subsequent data to test your original idea.

That method is is different from a lot of science where you actually get a bunch of data and then you come up with an idea.  Here, however, you have an idea and you come up with data to test it.  There is no better way of approaching the markets because nobody has a crystal ball.

Our thesis has a number of elements. One of them is that there is a tug-of-war going on between inflation and deflation, which I’ve written about in these pages before. That confuses a lot of people because they understand one or the other, but it’s challenging for them to keep both things in mind at the same time.

For your investment portfolio, that means taking a “barbell approach”, which means have some protection at both ends.  Have your deflation protection and your inflation protection, and some cash in the middle all at the same time because that’s the best you can do with this kind of uncertainty.

The uncertainty is caused by central bank policy.  We are in unprecedented times.  And that’s not just my opinion.  If you listen to Janet Yellen or members of the Federal Open Market Committee (FOMC) or members of the Board of Governors of the Federal Reserve, leading economists and policy makers, they all say the same thing.  They say these are completely unprecedented times.

The uncertainty is caused by central bank policy. Last year I had occasion to spend two hours one-on-one with one of the ultimate Fed insiders.  Sometimes, when you do these things, you agree not to mention names so, I won’t mention any names here. But this was a guy who was in the room for every FOMC vote for the past three and a half years. Nobody’s closer to Bernanke and Yellen than this individual I spoke to.

He’s a PhD economist, a very well regarded scholar but not a very well known name because he’s not actually on the FOMC. Yet he’s been invited into the room to help them figure these things out.  And what he said was that we’re not really going to know if the Fed’s policies worked as intended for another 50 years.  He said 50 years from now, there will be another young scholar like Ben Bernanke was in the 1980s who comes along and figures all this stuff out.

In other words, they’re admitting that they don’t know what they’re doing. They’re admitting this is kind of a big science experiment.  What does that mean for us as investors, portfolio managers and people trying to make smart decisions?

Last month’s jobs report was strong. The U.S. unemployment rate held steady at 4.9%. The economy has added about 228,000 jobs per month over the past three months. On the downside, the report showed that average U.S. wages fell last month after an increase in January. Average hourly earnings declined 3 cents an hour, the largest drop since 2014.

I’ve said before that that’s one of the things Janet Yellen watches most closely because the Fed has this crazy dual mandate of creating jobs and maintaining price stability at the same time.

They’re not really consistent goals; sometimes they run together, but sometimes they pull in opposite directions.  Yellen’s been putting the emphasis on job creation, but she wants some early warning about inflation.  Seeing real wages going up is one indicator where the two wings of the plane, if you will, work together.

If real wages are going up, that’s a sign that slack is being reduced in the labor market. If labor can get a raise that might be an early indicator of inflation and that might mean we’re getting closer to the point where she needs to raise interest rates again.  Well, real wages actually declined last month, which didn’t boost the case for a rate hike two weeks ago. And sure enough, Yellen held rates steady.

There’s an ongoing tug-of-war between inflation and deflation, but in a tug-of-war one team seems to get the upper hand on the other from time to time.

When the Fed raises rates in December, it put Yellen on a path for four rate hikes this year. It’s now clear there won’t be four rate hikes. I still think there’s a strong chance for a June rate hike. There’s an outside chance for a hike next month, but I’m not confident about it. Has our thesis changed?

I spent the better part of the weekend thinking about that because we do have to be alert to these trends.  What appears to be going on – and we’ll have to just keep watching this – is that I don’t think the latest employment report changes the picture. Deflation still has the upper hand for now.

Look at the oil patch, for evidence. The U.S. rig count is down, layoffs are going up, capital expenditure plans are being cut; we can see all those things happening.

And of course we cannot forget about the currency wars.

China’s is the second largest economy in the world and protracted Chinese weakness spells trouble for the global economy. China shocked global markets last August when it devalued the yuan dramatically. Another round of devaluation could have the same result on even shakier markets.

So when the G-20 nations met in Shanghai last month, they secretly decided to cheapen the yuan relative to China’s two largest trading partners, Europe and Japan. That served to weaken the yuan without the destabilizing effects of a devaluation. It was an invisible devaluation of the yuan.

The consequences for Asia of a stronger yen and weaker yuan are easy to discern. Japanese corporate profits will be hurt two ways. Japanese exporters will be hurt because their products will be more expensive for foreign buyers. Japanese multinationals will be hurt when their overseas earnings are translated back into yen. It’s a double-whammy for the Japanese stock market.

As a result of last month’s G-20 meeting, you can expect the dollar to fall, at least in the short term.

But as I’ve told you before, you should be nimble and prepare for both inflation and deflation.  Your initial portfolio should have gold, fine art, raw land, cash, bonds, select stocks and some alternatives in strategies like global macro hedge funds and venture capital.

Not all of those strategies will pay off in every scenario but some will do well enough to outperform others and preserve your wealth in the overall portfolio.