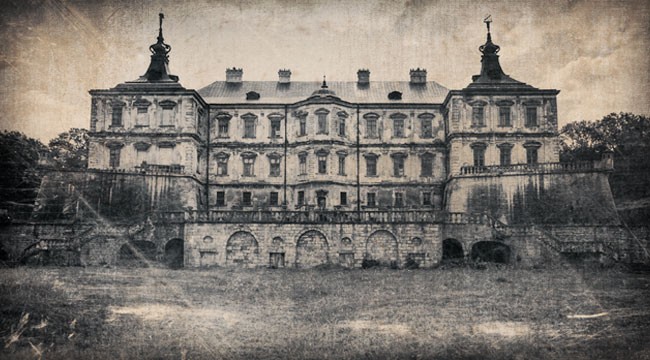 [Editor’s Note: Jim Rickards has published a third book entitled “The Big Drop: How to Grow Your Wealth During the Coming Collapse.” It’s available exclusively for readers of his monthly investment letter called Strategic Intelligence. Before you read today’s essay, please click here to see why it’s the resource every investor should have if they’re concerned about the future of the dollar.]

While America claims to be a class-free society, the opposite often seems to be the case. Americans are obsessed with social status in all its forms whether based on celebrity, artistic or athletic accomplishment, or just plain money.

Although royalty is not legal in America, our economic royalty including Bill Gates and Warren Buffett are as highly regarded as any English duke or earl.

When it comes to status, we don’t look just at the size of one’s bank account, we make distinctions based on the nexus of money and social standing. This leads to contrasts such as “old money” and “new money” with the former connoting generations of life on country estates and Ivy League credentials while the latter is something flashier.

The Astor family have been wealthy for over 200 years and practically define old money in America.

Yet as one goes abroad, there is an even older kind of money, true dynastic wealth that has existed in some families for 300 years or longer.

This type of wealth has survived not only business cycles but also war, invasion, the collapse of empires, revolution, and natural disaster.

In order for family wealth to persist through so many centuries and through such adversity, something more is needed than ordinary investment skill.

This rare kind of success in wealth preservation requires a longer view, infused with a sense of history and a keen appreciation for worst-case scenarios that too frequently become real.

When one inquires of family members and representatives as to what it takes to preserve wealth over centuries and not just cycles, the frequent reply is “a third, a third, and a third.” This is shorthand for dividing one’s wealth into one-third land, one-third gold, and one-third fine art.

Obviously some liquidity is needed for day-to-day expenses and some room can be made for a speculative portfolio, but the basic idea that land, gold, and art outlast and outperform riskier assets such as stocks, bonds, and cash seems sound when viewed from the perspective of centuries and not just years or decades.

This may be difficult to grasp for Americans who have been badgered with mantras like “stocks for the long run” by Wall Street salesmen more concerned with their commissions than their clients. Stocks can indeed perform well for long periods.

Yet stocks, bonds, and even cash all involve some claim on a third party and therefore contain credit risk in addition to whatever market risk they embed. The investor is always at the mercy of the issuer. Companies eventually go bankrupt. Bonds eventually default.

Every paper currency in the history of the world has eventually proved worthless and there is little reason to believe the reigning paper money champions such as the dollar, euro, or yen will prove different in the fullness of time.

In contrast, the value of land, gold, and art is intrinsic. If you own it, you own it. There is no issuer who can suddenly make your land disappear or turn your gold into confetti. A painting cannot go bankrupt. Of course, it is possible that a totalitarian regime or an invading army might confiscate tangible wealth. Yet, even then there are defensive strategies that have been pursued with success.

Gold can be gathered up and stuffed in a saddlebag or sewn into the lining of a coat and moved. Art can be removed from frames, rolled up, and carried in one’s luggage. Admittedly land cannot be moved, but with good title and patience a family can reassert its claim even generations later once interlopers have been ousted.

Many Cuban families in South Florida are waiting to recover their estates seized by Castro in the late 1950s once the Communist government collapses, and they may do so with some success.

No portfolio is perfect or without risk. Yet, too often we think of risk narrowly and ignore the greatest risks of all in the form of monetary collapse, social disorder, regime change, and emergency edicts. Warren Buffett disparages gold because it has no yield.

The reason it has no yield is that is has no risk. Yield is what you earn when you take risk. Gold has no credit risk, no currency risk, no maturity risk, indeed no risk of any kind. It is just gold.

There has been similar appreciation in the value of fine art. Admittedly this is a selective example. Yet it is true that over centuries it is the hard assets not the paper assets that retain value through collapse and catastrophe.

The old money knows this — they have seen it all before.

Click here to fill out your address and contact info. If you accept the terms, the book will arrive at your doorstep in just a week or two.