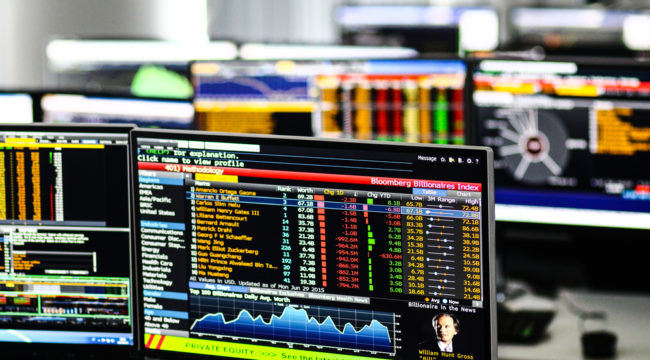 Last Monday, the stock market staged a big rally when the odds favored Hillary Clinton becoming the next U.S. president.

The Dow was up roughly 370 points for the day.

The consensus was that a Clinton presidency was good for the market… and a Trump presidency would be bad.

But then Trump shocked the world. And despite what the “experts” told us, the market didn’t go down. Instead, it shot higher.

In fact, the Dow has gained about 590 points since Election Day.

While pundits, crony capitalists, celebrities moving to Canada and millennials protest against democracy – all trying to figure out exactly how Trump happened ­– trend followers are focused on something far more important…

Investors believe that his economic proposals will lead to accelerated economic growth, with three specific sectors poised to see the biggest gains…

The first to benefit is the financial sector…

Bank stocks have roared since Election Day. And here’s some of the floated wisdom as to why from FBR Capital Markets:

“We believe President-elect Donald Trump’s political agenda — which includes deregulation, lower taxes, increased spending, and a bias for higher interest rates — paves the road to the most favorable macroeconomic environment for financials since before the financial crisis.”

That spin has pushed financial stocks higher in recent days. Financials in the S&P 500 have climbed nearly 8% since Trump won.

Industrial stocks have performed even better. They’re surging likely due to expectations of increased infrastructure spending promised by Trump:

“We are going to fix our inner cities and rebuild our highways, bridges, tunnels, airports, schools, hospitals. We’re going to rebuild our infrastructure, which will become, by the way, second to none. And we will put millions of our people to work as we rebuild it.”

That sentiment seems to have helped push the S&P 500 Industrials Sector index up by 8.7% since Election Day, as big spending programs should boost makers of construction equipment, building supplies and materials.

But there’s one sector that’s outperformed them all since Americans hit the ballot boxes: aerospace and defense.

So will all of this expected sector growth pan out as expected? There’s no way to know. And frankly, as trend followers we don’t care because we can’t know.

Our only concern is the price action. And here’s what it’s telling us…

Look, what most investors don’t realize is that the financial, industrial and defense sectors were already trending higher before the election results.

Those who listened to “experts” and sold everything because of a predicted Trump crash lost a big opportunity.

Those who were following the trend were already making money. And they can continue to make more…

My proprietary trend following system shows that these three sectors remain in an uptrend.

Remember, trends always go farther than we can imagine or know.

The most important issue is to remain focused on price trends, not opinion or the emotional whims of the moment. Everything else is noise.

And number two, as always, protect your downside with stops. We always need chips to play the game. No money, no honey!