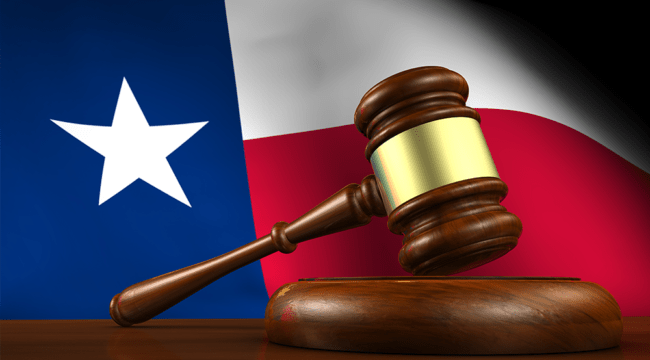 Will the Court Open This Can of Worms?

THE 2020 presidential election has taken another twist, with potentially major implications for the outcome.

As you probably know by now, Texas has sued the states of Pennsylvania, Georgia, Michigan and Wisconsin, alleging that they enacted unconstitutional changes to their election laws ahead of the 2020 election.

By making these changes, the Texas suit accuses these states of devaluing the votes of citizens in its own and other states. Here’s Texas Attorney General Ken Paxton:

By ignoring both state and federal law, these states have not only tainted the integrity of their own citizens’ vote, but of Texas and every other state that held lawful elections. Their failure to abide by the rule of law casts a dark shadow of doubt over the outcome of the entire election. We now ask that the Supreme Court step in to correct this egregious error.

17 other states have joined the Texas lawsuit. Well, this morning, the Supreme Court ordered Pennsylvania, Georgia, Michigan and Wisconsin to respond to the Texas lawsuit by 3:00 this afternoon.

We’ll see where things go from here. The Supreme Court still has to agree to hear the case. If it does agree to hear it, I’m not sure how it will rule.

If it rules in favor of Texas and the other 17 states, it would open up a can of worms. It would be Trump’s best shot at winning the election.

If it rules the other way, Biden will almost certainly be president.

Adding to the political uncertainty are the two Georgia Senate election runoffs, scheduled for January 5. If the Republican candidates win at least one of the races, Republicans keep control of the Senate.

That would block the most ambitious Democratic agenda items like the Green New Deal, making the District of Columbia and Puerto states, and packing the Supreme Court.

If Democrats win both Georgia races, the Senate would (essentially) be 50-50. In that case, Vice President Kamala Harris would cast the deciding vote, swinging the Senate towards the Democrats.

Forecasting policy and making portfolio recommendations are straightforward when you know the political alignment. From that alignment, you can study the players. Based on their policy preferences, you can forecast markets with a high degree of accuracy.

The challenge today is that the political alignment is unknown and will not be clear until January 6, 2021. Here are the three possibilities:

Again, we’ll have to see how it all shakes out.

In the meantime, I recommend lightening up on stocks and getting heavier exposure to Treasury notes, cash and cash equivalents such as short-term Treasury bills.

I also recommend you allocate 10% of your portfolio to gold, silver and mining shares as a hedge against inflation, uncertainty and social unrest.