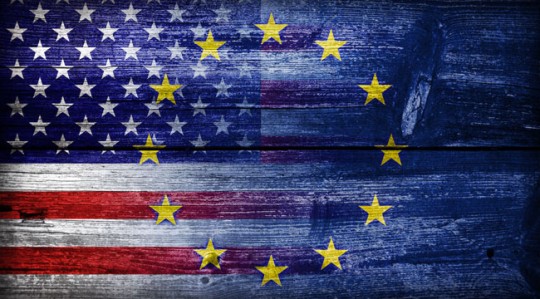 Three Reasons Why the Italian Referendum Matters to Trump

Over the weekend the Italian referendum brought another important vote to Europe.  Italy voted a resounding “no” on toward a referendum that would’ve authorized a series of constitutional reforms taking away power from Italian provincial “states” and giving stronger power the central government (More on the referendum here).

On the surface, the impact of the Italian referendum might not seem to matter significantly to president-elect Trump.  But this backlash against the elites has found itself on both sides of the Atlantic, and that is worth paying attention to for the incoming administration.

Trump was the “anti-establishment” candidate. But as the latest anti-elite vote being handed to Italian Prime Minister Matteo Renzi might seem a world apart, it isn’t.

Here are three reasons why Italy’s referendum should matter to Trump and his incoming administration, their policies and how they engage Flyover America.

Similar to the Flyover America messaging and connection that Donald Trump tapped into with his rise to a 2016 presidential victory, Renzi took office in 2014 under a similar anti-establishment campaign.

During Renzi’s rise he even noted, “I’m the scrapper. I’m cleaning up the swamp.”  While there may be some near identical overlap in language, the similarity in stature between the U.S and Italy is worth considering.

Americans of both political party affiliations have voiced anger and outward frustration at the crony capitalism, pay-to-play politics and status quo operatives in government.  Italy voiced the same degree of frustrations.

Renzi was littered with connections to financial elites and was never truly able to commit to “cleaning” reforms.

Trump should pay attention to his campaign promises and the cautionary tales seeping from Italy.

Trump’s campaign platform to “Drain The Swamp” was intended to reform and end special interests and rampant backroom deals in government.  This message was heard loud and clear when he was elected, and when Renzi was sent packing – and he would be wise to maintain such a policy.

Italian banks currently face €360 billion in problematic loans that have accounted for more than 18% of all loans in the country and one third of bad loans in the euro area.  The Italian banks have morphed into a “too big to fail” environment.

Italian banks -50% this year, on course for a bigger fall than 2011 at the height of the euro debt crisis. pic.twitter.com/5LqqAlpXLE

Banks in the country have seen their shares down 50% since the beginning of 2016, compared to an overall average drop of only 7% for banks across the Eurozone.  Renzi did nothing to curb the banking ails in his country.  He then paid the price on a globalist backlash.

Economist and bestselling author Jim Rickards writes, “Italian banks are in deep financial distress (as were banks in Cyprus and Greece from 2011 to 2015). This involves the Banca Monte dei Paschi di Sienna (BMP), the world’s oldest bank still in operation, founded in 1472.”  Rickards continues, BMP is too-big-to-fail and failing. It’s the “canary in the coal mine.”

What Italian banks face might seem different than story in the U.S for Wall Street banks, the issues of “too big to fail” institutions is very real.

Taking from the lessons delivered to Renzi, he would be wise to take the warning shots from the Italian referendum as a harsh reality for inaction in the financial sector.

Matteo Renzi was once the candidate that was to bring about an anti-establishment, anti-Mafia type reform to Italy.  After entering office in February of 2014, he slowly began to back away from such a platform becoming connected to bankers and major financiers.

As Jim Rickards summarized, “First Brexit, then Trump, now the next anti-establishment shoe to drop is in Italy. It won’t necessarily lead to the collapse of the euro or the immediate demise of the European Union, but it’s clear the revolt against the globalist agenda continues.”

During the campaign trail, Donald Trump blasted the coziness of Wall Street and Washington and repeatedly denounced GOP competition whom took money from Goldman Sachs and others from elite banking institutions.

Now that he has undergone selecting a cabinet, he has proposed Steven Mnuchin, a former Goldman Sachs executive as partner.  Trump even went as for as to have an inside Trump Tower meeting with Goldman Sachs president, Gary Cohn.

While Italian politics are vastly different from that of the United States, Donald Trump should take considerable lessons from the working class opposition to elites.

After all, of the five major leaders within the largest economies from the West at the onset of 2016, only one will likely be left through 2017 – Angela Merkel.  Times are tough for those who blindly disregard the once discredited working class.  A significant pushback against a globalist agenda carries on.

If you thought the housing and mortgage loan crisis was bad, our trends analyst argues that it was just the beginning. Here’s Gerald Celente’s forecast…