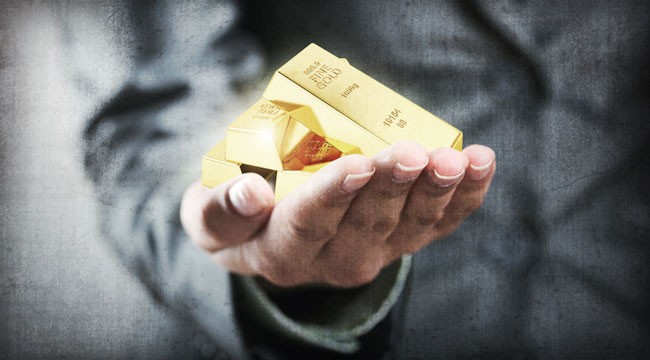 Three Catalysts for the Price of Gold

Investors have long understood that gold is an excellent hedge against inflation. The analysis is straightforward. Inflation is caused, in part, by excessive money printing by central banks; something central banks can do in unlimited amounts. On the other hand, gold is scarce and costly to produce. It emerges in small quantities.

The total growth in global gold supplies is about 1.5% per year and has been slowing lately. Compare this to the 400% growth in base money engineered by the Federal Reserve since 2008, and it’s easy to see how a lot more money chasing a small amount of gold will cause the dollar price of gold to rise over time.

But this is not the only driver of higher gold prices. There are at least three other catalysts – extreme deflation, financial panic, and negative real interest rates. A brief look at all three scenarios will give us a more robust understanding of gold’s potential price performance.

Mild deflation might cause the nominal price of gold to decline, although it may still outperform other asset classes that go down even more. But extreme deflation, say 5% per year or more over several years, is a central bank’s worst nightmare.

This kind of deflation destroys tax collections because gains to individuals come in the form of lower prices, not higher wages, and governments can’t tax low prices.

Deflation also increases the real value of debt, which makes repayment harder for individuals, companies and governments. As a result, defaults increase and those losses fall on the banking system, which then has to be bailed-out by the Fed.

This lethal combination of lower tax revenues, higher debt burdens, and failing banks is why the Fed will fight deflation with every tool at its disposal.

So far, the Fed has been trying to fend off deflation by using its inflation playbook including rate cuts, money printing, currency wars, forward guidance, and Operation Twist. All of this has failed. Deflation still has the economy in its grip. But when all else fails, central banks can cause inflation in five minutes simply by voting to fix a gold price of, say, $3,000 per ounce.

If the Fed did this, all other prices including silver, oil, and other commodities would quickly adjust to the new price level causing 150% general inflation – problem solved! Don’t think of this just as an “increase” in the price of gold; it’s really a 60% devaluation of the dollar measured in gold.

The second scenario for higher gold prices is financial panic. This does not rely on any technical economic analysis; it’s a simple behavioral reaction to fear, extreme uncertainty and investor aversion to loss. When panics begin gold often declines slightly as leveraged players and weak hands dump it to raise cash to meet margin calls.

But, quickly the strong hands emerge and gold rallies until the panic subsides. It may then plateau at the new higher level, but the objective of preserving wealth when other asset classes may be in chaos has been accomplished.

The third driver of higher gold prices is an environment of negative real interest rates. This is a condition where the rate of inflation is higher than the nominal interest rate on some instrument. I use the ten-year Treasury note for this comparison.

Right now real rates are steeply positive since ten-year note yields are about 2% and inflation is slightly negative. This is a headwind for gold, but the Fed is determined to cause inflation while keeping a lid on Treasury rates with financial repression. The Fed wants negative real rates to encourage “animal spirits.” Investors know that it’s usually not smart to fight the Fed. In any case, the Fed will keep trying, which could make asset bubbles worse.

So gold does well in inflation, extreme deflation, panic, and an environment of negative real rates. Is there a scenario where gold does not do well? Yes. If the Fed brings the economy in for a soft landing, achieves trend growth of 3% or more on a sustained basis, avoids deflation, avoids inflation and engineers a positive sloping yield curve with positive real rates, then gold will have no immediate reason to rally. Is this possible?

Yes, but highly unlikely. Deflation is the immediate danger. Fighting deflation probably means overshooting on the inflationary side next. Bubbles are everywhere and could burst leading to panic at any time.

Trend growth will not resume without structural changes to the economy that are precluded by a dysfunctional political system in Washington. Even if the Fed’s rosy scenario did emerge, gold could still rally based on foreign buying, diminished floating supply of physical bullion, and the potential for a short squeeze.

In short, a balancing of all of the possible financial outcomes from here argues strongly for including gold in your portfolio at this entry point. There are many ways to own gold or have price exposure to gold including physical bullion, ETFs, derivatives, gold miners and gold royalty trusts.

I recommend you have a 10% allocation to physical gold if you don’t already. More specifically, American Gold Eagle or American Buffalo gold coins from the U.S. Mint. Storage should be with a reliable, insured, non- bank vault near your home or in a home safe. The best security is not to let anyone know you have the coins in the first place.