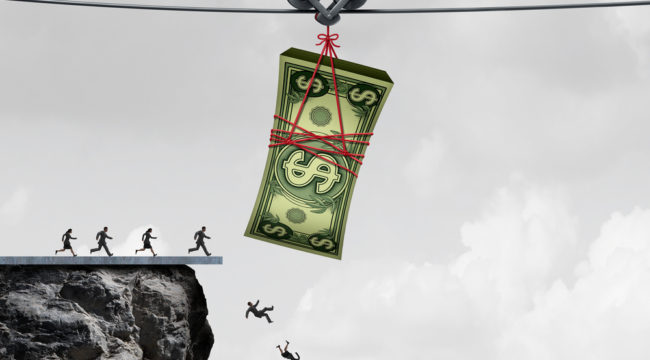 Locked in the Low-Growth Trap

The Organization for Economic Cooperation and Development (OECD) published its latest report warning that the world economy, since the global financial crisis, is stuck. After nearly a decade since the beginning of the crisis the implications of a flatlined economy could have sweeping implications, regardless of individual economic positions.

Established in 1961, the OECD has been a marquee forum for measuring economic productivity throughout the world and offers data for global flows of trade and investment.

The OECD described its latest outlook, which screened the health of the 2017 economy, as “better, but not good enough.”

It wasn’t all gloom.  The report did offer that it anticipated GDP growth in the year ahead. However, it forewarned that:

“While the pick-up is welcome, it would still leave global growth below past norms and below the pace needed to escape fully from the low-growth trap.” 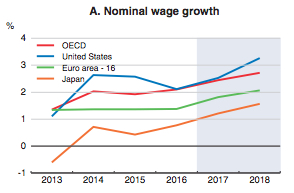 The OECD authors note, “A comprehensive and collective policy response is needed to durably exit the global low-growth trap, manage risks and help ensure that the benefits of technological progress and globalisation are more broadly shared.”

That view on a long-term basis indicates that the ongoing response by global economies is only perpetuating a financial imbalance.

The Low Growth Trap and Inequality

Inequality continues to be a core theme both in the United States and around the world.

The message of division has resounded with populist narratives and connected with disenfranchised populations that view the real recovery as waning, or virtually non-existent.

Economist and best-selling author of The Road to Ruin, Jim Rickards reports that the economy will continue to face growing risks with a surge in technological efficiency that replaces the need for manual-human labor.

Rickards’ reminds that we’ve experienced radical transformations before but that economic efficiency may lead to more drastic eliminations in both blue-collar jobs and highly skilled white-collar positions than ever before.

The economist warns that shifts are already being seen and notes that, “This has led to enormous income inequality as fewer and fewer experts reap all of the economic rewards of society, while most people suffer stagnant incomes, or worse.”

The latest reporting by the National Bureau of Economic Research (NBER) reveals something much deeper for the divide in the low-growth economy.

Covering the dynamics in the economy even before the financial crisis the NBER found that: 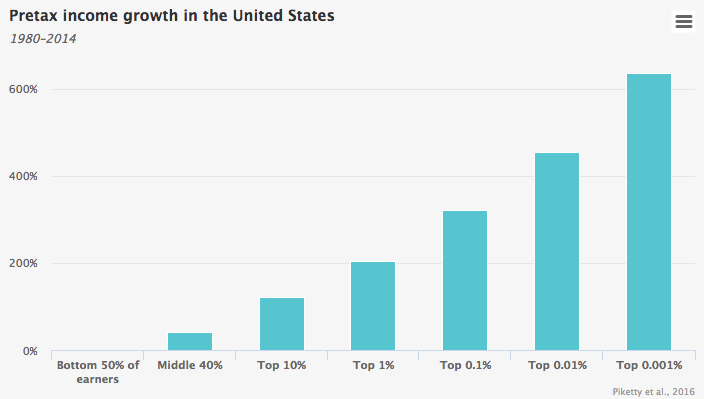 The report concluded that improving education and overall access to skills would boost reformation in the labor market. While that might offer a solution worth considering, many feel that an impending economic decline could have dangerous consequences.

The Federal Reserve is continuing to tighten monetary policy from available cheap money to now building up interest rates and a normalized balance sheet to be used in a economic downturn. Fear of recession or general economic cooling has moved the Fed’s policy to act preemptively.

Such moves have now got the attention of Wall Street as well as various leaders in Washington.

Prins’ offers that, “When the system crashes, it doesn’t care about Republican or Democrat politics. The last time deregulation and protectionist filled Washington was in the 1920s. That led to the Crash of 1929 and Great Depression.”

“Today, the only thing keeping a lid on financial calamity is epic amounts of artisanal money. Deregulating an inherently corrupt and coddled banking industry, already floating on said capital assistance, would inevitably cause another crisis during Trump’s first term.”

The low-growth trap facing the economy which Prins’ describes could bring unintended ramifications to those at all ends of the inequality spread.  The former Wall Street banker warns that the Fed simply cannot get out of its own way.

This comes as the Fed raised interest rates in June 2017 for the third time since December. Meanwhile, the U.S central bank’s $4.5 trillion balance sheet remains stagnant while derivatives on Wall Street have put the risks of too big to fail set up to return with a vengeance.

The OECD report concluded, “Individuals with lower levels of educational attainment are at a greater risk of dropping out of the labour force completely, contributing to persistent unemployment and poverty in affected areas.”

Its author’s claim that, “The United States spends relatively little on labour market programmes, such as trade adjustment assistance, that help people who have lost their jobs acquire different skills and find new career opportunities.”

As automation continues to place pressure on the labor force, the low-growth trap is only expected to grow.

Jim Rickards circles back to financial and systemic crisis noting that the warning signs are all there.

“Jobs are being eliminated, but new jobs are not emerging to pick up the slack. Engineers are in demand, but when an engineer builds a scalable robot, they may eliminate 10,000 jobs and replace them with a small maintenance crew.”

The author reminds, “Society has seen this all before from the fall of the Roman Empire to the French Revolution. Just being in the twenty-first century does not make us immune from historical dynamics.”

The concern is that financial problems, within this vicious low-growth cycle, can only hold on so long. Under a system set up for failure it is all a matter of when, not if.