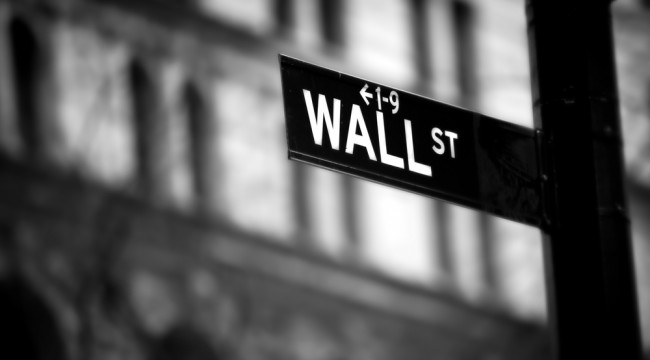 Three Precursors to the ’08 Crisis are Repeating Now

The biggest banks are still as dangerous as they were before the last crisis, even as they push for less regulation.

Since Trump was elected and started talking about deregulation, the big six bank stock values have collectively skyrocketed 33.5 percent (as of March 10th). Bank of America tops that rise with an eye-popping increase of 48.8 percent in three months. Goldman Sachs and Morgan Stanley shares shot up 36.6 percent.

Of course, most stocks have been moving up since the election. But keep in mind that the S&P 500 rose just 10.9 percent during that same period.

Beyond a few extra capital requirements (mostly in the form of a set of rules called Basel III coming from Europe), the need to establish a “living will” in case of another financial emergency, and some limitations on risky trading, not much has changed for these banks.

Since the 2008 financial crisis, the big six banks’ total assets have increased by 21 percent. The big four by 25 percent.

Yet, of the total Global Derivatives Notional amount of $544 trillion, the big six U.S. banks carry $168 trillion of it. Comparing that figure to their total assets, we get a leverage amount of 24 times. To put that in perspective, that’s only slightly less than the leverage their derivatives positions before the 2008 crisis.

The biggest banks are still the ones most at risk, and most threatening to anyone with money in the stock market. Cracks have started popping up that make it clear to us that the next financial crisis is just around the corner.

Under Dodd-Frank’s Title II, the “Living Wills” Title, the big six banks (plus two others) had to submit a plan to deal with emergencies — a plan that didn’t involve taking taxpayers’ money.

As of last April when those Living Wills were due, 5 of the 8 biggest banks in the U.S. did not pass both the Federal Reserve and FDIC criteria. Their plans were deemed to be “not credible or would not facilitate an orderly resolution under the U.S. Bankruptcy Code.”

Of those 8, 7 of them failed one or both of the Fed and FDIC criteria. The only bank that passed both was Citigroup, though it was told that its plans needed improvements, also. Coincidentally, Jack Lew, a former Citigroup executive, happened to be President Obama’s Treasury Secretary when Citigroup passed this test.

Goldman Sachs and Morgan Stanley each received passing grades from only one of the two agencies. Wells Fargo submitted a second attempt and failed in December 2016. All of the banks were given until this April to try again.

Because of these failed tests, it would benefit the Trump administration to address the issue of too big to fail and systemic risk first, not press deregulation. It’s appearing more and more possible that some Republicans, fearful of another crisis during their terms — and before their next elections — are coming to that conclusion.

But the Trump administration has pressed ahead and issued two Executive Orders on financial regulatory policy. During a White House meeting with business elite, Trump said, “We expect to be cutting a lot out of Dodd-Frank, because frankly…friends of mine that had nice businesses, they can’t borrow money.” He added, “They just can’t get any money because the banks just won’t let them borrow it because of the rules and regulations in Dodd-Frank.”

One of Trump and his advisors’ main arguments for repealing all or part of Dodd-Frank (besides the fact that it was passed under the Obama administration) is that it has constrained bank lending. They say this has in turn hampered economic recovery.

Yet over the past three years, total loans and leases by U.S. banks have grown by 6.9 percent per year, according to the Federal Reserve. During 2000-07 that rate was very similar, 7.9 percent. Recall where that got us.

The outstanding debt of nonfinancial U.S. companies stands at more than $13 trillion. That includes about $3 trillion of debt since Dodd-Frank was passed in July 2010. To be fair, not all of that came from bank loans.

Because the Fed had cut rates to zero, the cost of borrowing in the capital markets was very low, which made issuing debt attractive for corporates. But even if some of that debt came from investors, the issuance of debt itself was often arranged by the big banks.

Banks have lent corporations about $80 billion per year. In addition, corporations are sitting on a $2 trillion pile of cash they could use to hire people or grow if they wanted to. Instead, they are borrowing records sums of money to buy back their shares or pay dividends.

This means the banks are dumping the money they raise through borrowing, or debt, into the stock market. In this way, they are distorting the stock market by not allowing it to rise by virtue of real investment or true valuation of their company values.

Bank lending to non-corporate businesses has risen too. For now, it’s still below pre-crisis levels for both commercial and industrial loans, and commercial real estate loans.

As you can see, Dodd-Frank hasn’t impeded bank lending. But Trump, prompted by Goldman Sachs alumni Gary Cohn and Steve Mnuchin, continues to press this point…

But since the 2008 crisis, the amount of excess reserves deposited at the Fed has ballooned. It now stands around $2 trillion. This means that it’s not the Fed’s regulations on required reserves that are limiting bank lending.

Banks are limiting lending themselves because they’re concerned about future defaults.

And they should be concerned, because that’s the third predictor that the next financial crisis is just around the corner…

The Fed’s data shows bank lending to businesses has been strong, perhaps too strong. That’s why it’s just now starting to trail off. We’ve had an epic credit expansionary cycle on the back of cheap, central bank fabricated money and ultra-loose monetary policy — what I call “artisanal” money.

But defaults and distressed credit activity is rising.

Last year, corporates posted their fifth-highest yearly default volume. According to Forbes, “62 companies defaulted on $59.3 billion in debt — 57% higher than the $37.7 billion of defaults in 2015.” That’s an ominous trajectory.

Bank of America just revealed that its 30-90 day consumer credit delinquencies are rising significantly again. So are delinquencies at Wells Fargo. The bank card default rate is at a 42 month high. U.S. subprime auto loan losses are at their highest level since the ’08 crisis.

Banks that had been offering more commercial real estate loans now say they will tighten standards. Fears are rising that a greater percentage will become delinquent just as they did in the lead up to the last financial crises.

A downturn is inevitable. It’s a matter of when, not if.